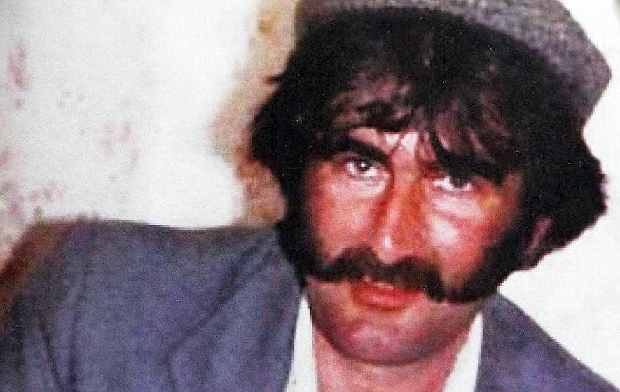 MORE QUESTIONS have been raised about the level of collusion between the RUC and loyalist murder gangs in County Down after a local man revealed how he only became aware of a UVF plot to kill him following the publication of the Police Ombudsman’s report into the Loughinisland Massacre.

On 6 November 1992, a unionist death squad abandoned a plan to kill Peter McCarthy – whose family own the Thierafurth Inn in Kilcoo village – after fearing their murder bid may have been compromised. During the attempt, a car was hijacked and its owners held at gunpoint to stop them reporting the vehicle as stolen.

The Police Ombudsman report says it believed this was just one of several plots to kill him.

Speaking to The Irish News on Monday, Peter McCarthy said he believes the RUC allowed the UVF gang to operate freely in the County Down area.

The RUC first became aware of its members’ links with a unionist death squad in the region following the 1988 murder of Dundrum man Jack Kielty, father of TV host and comedian Patrick Kielty.

Jack’s killing was believed to have been carried out to stop him giving evidence in court on a loyalist protection racket.

In the subsequent RUC investigation, the Orange Hall at Clough was raided and various firearms, balaclavas, ammunition, British Army maps and a UDR album containing photographs and details of suspected republicans were recovered. One of those pictured in the album was Peter McCarthy from Kilcoo.

The Police Ombudsman notes that the investigation into the murder of Jack Kielty “was successful in identifying personalities and associations, including those within and associated with the security forces, within a small, embryonic loyalist paramilitary unit operating mainly in the Newcastle Sub-Division of the RUC’s ‘G’ Division”.

It criticises the RUC, nevertheless, for failing to monitor and investigate this death squad “as a result of which it re-emerged a number of years later as a fully functional UVF unit, embarking on a campaign of murder that would ultimately escalate to the Loughinisland atrocity”.

The Police Ombudsman notes an attempt to murder Peter McCarthy – whose name and photograph were found in Clough Orange Hall – was planned for 6 November 1992 but was abandoned.

The UVF attack came hours after the IRA had shot dead a British soldier in Portadown. In a phone-call to Downtown Radio, the UVF claimed responsibility for the attack claiming the “IRA commander in South Down was in the pub at the time” and was their intended target.

The Police Ombudsman’s report found that, by mid-1993, the RUC had extensive intelligence indicating who was responsible for the attack – including a UDR soldier – but this intelligence was not circulated.

This same UDR soldier's fingerprints had been found on the UDR album containing photographs of suspected republicans which was found during the raid on Clough Orange Hall several years earlier.

A car containing this UDR soldier, accompanied by a suspected UVF member, was stopped on the evening of the Thierafurth Inn murder at a checkpoint in Ballynahinch but allowed to continue.

This same UDR soldier was later arrested by the RUC investigating the 1994 Loughinisland Massacre. 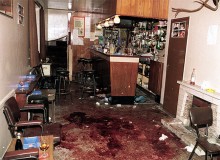 The Police Ombudsman’s report also said the RUC officer leading the investigation told the Ombudsman investigators that the Thierafurth Inn “had been frequented by ‘bad people’ and queried why Mr McCormack was in the public house that night”.

“This commentary by a senior police officer charged with the investigation is considered to be poor practice and suggests a lack of objectivity.”

“That police officer is the man I would like to speak to, to find out what made him so biased.”

Gavin Booth, solicitor for KRW Law, says there is a huge amount of unanswered questions in relation to the Thierafurth Inn:

“The families deserve truth and we will be calling for that process.”