'We can no longer afford a divided Ireland' 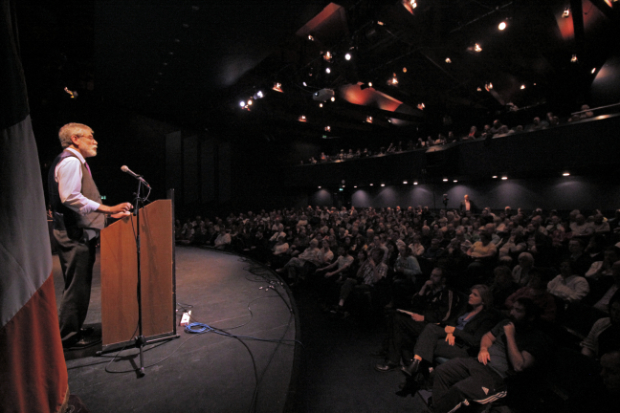 HUNDREDS of people packed into the Liberty Hall Theatre in Dublin on Wednesday night as calls for a referendum on a united Ireland continue to grow following the 'Brexit' vote.

Sinn Féin's United Ireland Co-ordinator Matt Carthy MEP, hit out at the diverging reaction of the mainstream media to the emerging political situations in Scotland and the North – which both voted to remain in the EU – post-Brexit.

Carthy noted the failure of RTÉ to report a barnstorming speech by northern MEP Martina Anderson which made headlines on British and European news channels, in which she called for the vote of people in the North to be respected:

“Something big is happening and the great and the good in this state are doing everything in their power to not to see it,” said the Midlands North West MEP.

“If the failure by the media to recognise the magnitude of the situation we find ourselves in isn’t surprising, the same attitude within political leaders who publicly profess to favour Irish unity is extremely disappointing,” he said.

Matt Carthy also hit out at the Fianna Fáil, Fine Gael, Labour and the AAA/PBP after their TDs in the Dáil opposed calls for a referendum on united Ireland. He singled out Fianna Fáil leader Micheál Martin's contribution, describing it as “shameful”:

“Those who say ‘this isn’t the right time’ are looking for excuses. They are the same people who usually say ‘we cannot afford a United Ireland’. The truth is we can no longer afford a divided Ireland,” he said to cheers from the crowd.

Mary Lou McDonald TD said a referendum on a united Ireland is “firmly on the political agenda” noting recent economic studies which show a united Irish economy would benefit the island to the tune of up to €36billion.

“Ireland united is the only way forward,” she said.

Sinn Féin President Gerry Adams TD called on all parties who support a united Ireland to get active on the issue and said republicans must grasp the opportunity presented by the Brexit crisis to redesign the constitutional and political future of the island:

“Sinn Féin seeks to reshape the Ireland of today; to end past divisions and resolve outstanding differences. To build through reconciliation a new partnership and unity between people. To pursue the happiness, peace, and prosperity for all the people. To unite the orange and green,” he said. 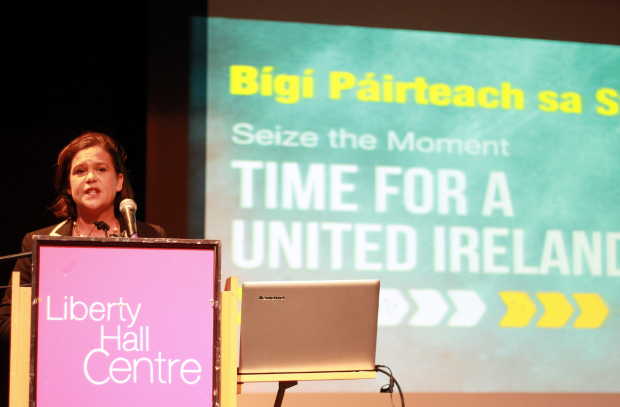