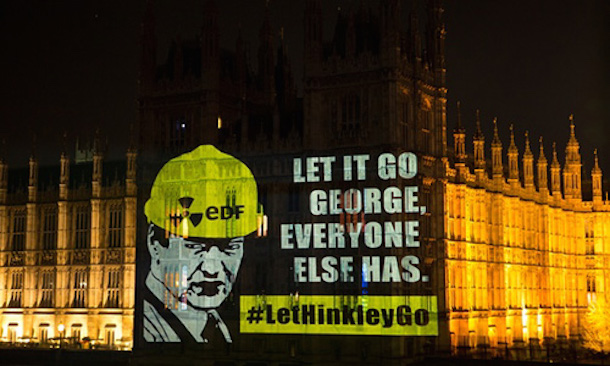 THE “Implementation Committee for the Espoo Convention on Environmental Impact Assessment in a Transboundary Context” has found that Britain has not met its obligations to discuss the impact of a nuclear accident with ​the affected public in other countries, including Ireland, Irish NGO Friends of the Irish Environment reports.

The findings are expected to be confirmed at the next plenary session in Minsk in June 2017.

Friends of the Irish Environment (FIE) made a complaint to the Implementation Committee over Britain’s failure to consult the public in Ireland about the potential trans-boundary implications of the construction and operation of the proposed Hinkley Point C nuclear reactor in Somerset, south-west England.

The first new nuclear station proposed to be constructed in Britain since 1995, Hinkley C is a 3.2GW nuclear power plant composed of two reactors. The power plant will generate 7% of Britain’s electricity if constructed. The British position is that “the likely impacts determined through a thorough EIA do not extend beyond the county of Somerset and the Severn Estuary”.

The UN’s Espoo Convention, named for the Finnish town in which it was signed in 1991, requires governments to provide an opportunity to the public in trans-boundary areas likely to be affected by a project to participate in the relevant Environmental Impact Assessment procedures regarding proposed activities. It must ensure that the opportunity provided to the public of potentially affected parties is “equivalent to that provided to the public of the party of origin”.

FIE’s complaint cited the Irish Radiological Protection Institute of Ireland (RPII) Report published in May 2013 which acknowledged that, in the event of an accident, Irish agriculture could be affected. “Food controls and agricultural protective measures would be required if any of these accidents occurred to ensure that food on sale in Ireland was safe to eat. In the case of the most severe accident scenario examined in the study, short-term measures such as sheltering would also be required,” the RPII Report concluded. 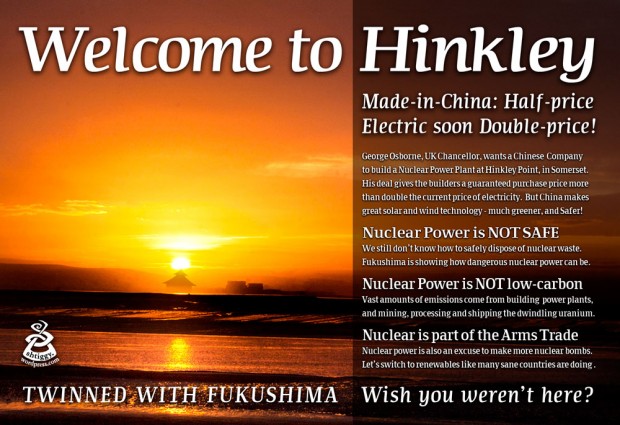 Norway, the Netherlands and Austria expressed views that a major incident could have an effect in those countries. Ireland’s response in November 2013 did not answer the question asked by the committee, FIE says. It referred to the RPII report but did not mention the transboundary impacts RPII predicted would be experienced in Ireland in the event of a major release of radioactive material.

The committee’s recommendations include a request for Britain “to enter into discussions with possibly affected parties, including parties that cannot exclude a significant adverse transboundary impact from the activity at Hinkley Point C, in order to agree on whether notification is useful at the current stage for this proposed activity”.

Friends of the Irish Environment have caled on the Irish Government to:-

The issue is to be raised at the Nuclear Free Local Authorities spring seminar this Friday, 10 June, in the Council Chamber, Fingal County Hall, Swords, County Dublin.