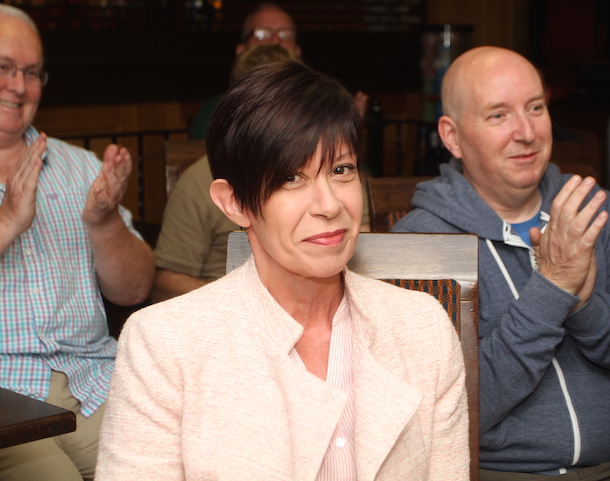 MAIREAD O’DONNELL has been selected at a Sinn Féin party convention to replace Niall Ó Donnghaile as the Short Strand area’s representative on Belfast city council following Niall’s election to the Seanad in Dublin.

A long-time community activist and party stalwart, Mairead has been to the forefront of projects aimed at developing the area which is sandwiched between the River Lagan and the massive Harland and Wolff site on one side and the staunchly unionist east Belfast area.

Mairead has been prominent in helping people in the district during times such as the ‘Siege of Short Strand’ in 2002 and recently at the height of the Union flag protests.

South Belfast MLA Máirtín Ó Muilleoir quipped that it took the people of the area a long time to elect one Sinn Féin representative, “And now you have two elected reps!”

Ó Muilleoir said the growth of Sinn Féin in the area and Niall’s increased vote in the Assembly election needs to be the foundation for future elections.

“We especially need to make the breakthrough in Lisnasharragh,” he said.

Lisnasharragh is the heart of the old Castlereagh Council, solid DUP territory, yet Sinn Féin has an active cumann in the area and is building the profile of Ryan Carlin. 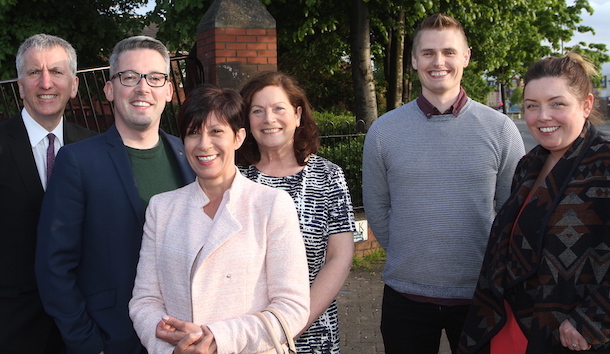