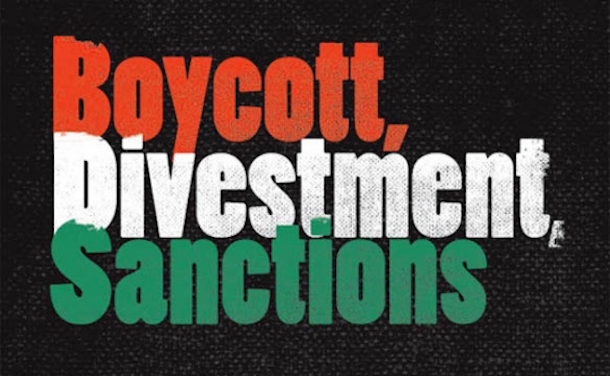 TODAY'S decision by Listowel Writers’ Week Festival to refuse funding from the Israeli Embassy in Ireland has been welcomed by artists, human rights campaigners and Palestine solidarity activists in Ireland, and is being hailed as victory for the growing Palestinian-led global Boycott, Divestment and Sanction (BDS) movement. 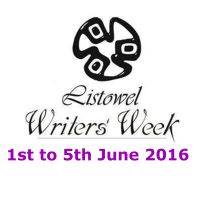 The Ireland-Palestine Solidarity Campaign said the festival’s "courageous and principled decision" came after festival orgainsers were informed that the acceptance of any such funding would be in breach of the Palestinian civil society call for a cultural boycott of Israel, and after being contacted by concerned members of the public, several of them artists who are due to take part in the festival.

IPSC Chairperson Fatin Al Tamimi thanked the Listowel Writers’ Week Festival organisers saying: “As a Palestinian woman who is exiled from her homeland, I thank the festival for refusing to take Israeli state funding for this event. This decision is courageous, principled and absolutely the right thing to do. This is a small, but certainly significant, positive gesture that will be appreciated by the Palestinian people struggling for freedom, justice and equality, whether under Israel’s apartheid regime or living in exile.”

The issue initially came to light on Sunday evening when members of Ireland’s artistic community began highlighting on social media that the Listowel Writers’ Week brochure listed an event in which the Israeli Embassy in Ireland was explicitly thanked for its support, along with the embassy’s logo.

After having seemingly been contacted by a vast number of people expressing their concern and dismay at this acceptance of funding from the Foreign Ministry of Apartheid Israel by one of Ireland’s leading literary festivals, the organisers posted a clarification on their Facebook page stating that “No monetary exchange has taken place between Listowel Writers’ Week and the Embassy of Israel in Ireland. The Embassy’s support is in the form of supporting the author’s travel to Ireland”. However, this form of support is still a violation of the cultural boycott guidelines issued by the Palestinian Campaign for the Academic and Cultural Boycott of Israel (PACBI).

The IPSC undertook to write to the festival informing them of the Palestinian cultural boycott call, explaining its rationale, how Israel abuses cultural sponsorship to whitewash its crimes against Palestinian people, and why the moral imperative was to refuse to accept such funding.

Happily, the festival announced this morning that it was honoring its commitment to bring over the Israeli writer Savyon Liebrecht to speak about her work, but was rejecting the Israel Embassy funding – a move in line with the cultural boycott guidelines which does not seek to boycott individuals but Israeli state institutions.

In its letter – which can be read in full here – the IPSC explained the background to the BDS call - making clear that the issue was not with the writer in question but with the funding source - and outlined Israel’s use of ‘culture-washing’ as means of deflecting from its crimes.

The letter further explained how the IPSC believe that Israel’s consistent human rights and international law violations, and it’s ongoing war of repression against Palestinian culture, meant that the festival could not in good conscience accept this support from the Israeli state. It also explained that there was huge artistic support in Ireland and worldwide for the cultural boycott, and that in the past Irish festivals had similarly rejected such funding when they were made aware of the Palestinian call for a cultural boycott of Israel.

The letter closed with a call to remember the artists of 1916 who resisted British colonialism, the Irish origin of the word ‘Boycott’, and quote from Palestinian performance poet and BDS activist Rafeef Ziadah who has just completed a tour of Ireland, including in Dublin where she took to the Abbey stage as part of the International Literature Festival.

PalFest Ireland (Irish Artists Supporting Palestine) have also issued a statement saying they "warmly welcome and applaud the decision of Listowel Writers' Week to reject support from the Israeli Embassy in Ireland with immediate effect. We also welcome the fact that writer Savyon Liebrect's event will still take place at this year's festival." The full statement can be read here.