The challenges still facing us 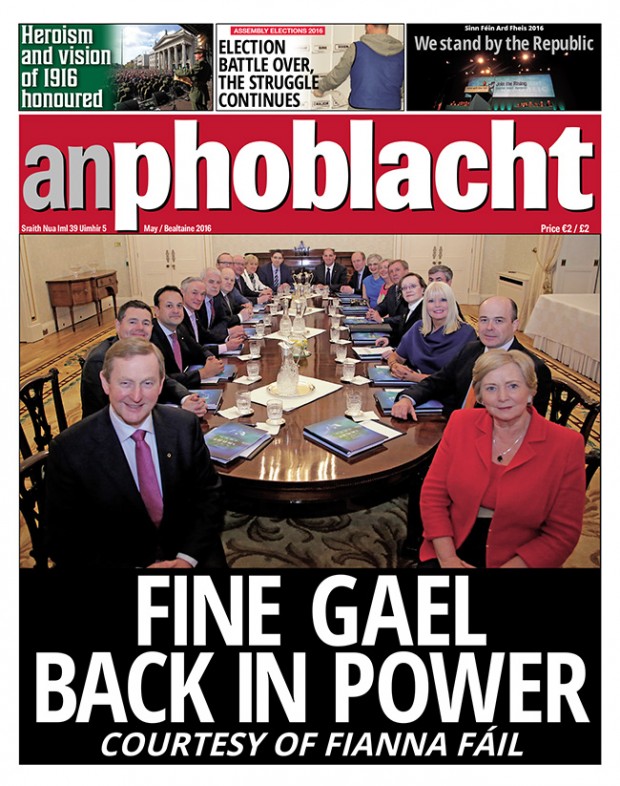 There are significant challenges facing us – politically, socially and economically, as well as an unremittingly hostile mainstream media

FIANNA FÁIL (and some Independents) have facilitated Fine Gael’s return to power in Dublin. The Assembly elections have concluded. The work of building a Republic continues.

There are significant challenges facing us – politically, socially and economically, as well as an unremittingly hostile mainstream media.

The return of 28 MLAs from the May Assembly elections is a solid performance to complement our all-Ireland increased strength of 23 TDs, seven senators, four MPs and four MEPs plus more than 250 councillors across the 32 Counties. The loss of a seat in West Belfast is disappointing but it has to be viewed against the remarkable achievement of the widely-acclaimed feat of winning five out of six seats in the constituency in the first place.

Other results and near-misses have to be seen alongside new gains with new faces and rising stars knocking on the doors of the Assembly and the Oireachtas.

But the elections are over and new administrations have been or are being formed. Republicans have to constantly challenge ourselves, in power or in Opposition.

The Tory attacks on public services continues and the government in Dublin born out of a political carve-up between the main conservative parties is promising more of the same unequal, unfair and failing policies.

The island of Ireland will also feel the effects of Westminster’s ‘Brexit’ referendum on whether the Tories of England take themselves and working-class communities, and the people of Scotland, Wales and the Six Counties with them out of the EU.

This centenary year has been a marvellous celebration of the ideals and aspirations of the men and women of the 1916 Rising.

The popularisation of the centenary is something that republicans can justifiably take a lot of credit for in their inclusive events, parades, pageants, talks and exhibitions.

The 1916 centenary continues to present this generation of republicans with opportunities to bring about new politics.

It is a time most suited to keeping alive the prospect of a new Republic by building Sinn Féin – not just in the corridors of power but also in our communities, where people’s frustrations can be channelled into ambitions, actions and campaigns to change the society we want our families to live in.