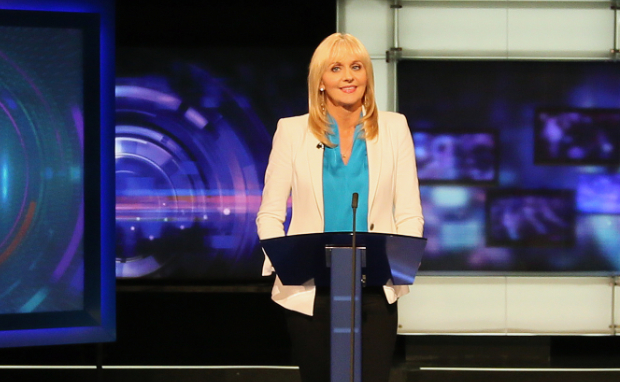 The first case is being taken by former Sinn Féin Director of Publicity and An Phoblacht Editor Danny Morrison. The second is by Dublin Sinn Féin's political manager, Nicky Kehoe.

During the final leaders' debate, broadcast live on RTÉ television on 23 February, presenter Miriam O'Callaghan wanted to know if Gerry Adams in government would appoint “cronies” to state boards.

She made reference to a number of individuals, including Danny Morrison. When Adams pointed that Danny Morrison is now a “private citizen” she responded that he had been “convicted for kidnapping”.

O'Callaghan – whose brother Jim was elected as a TD for Fianna Fáil just days later – was apparently unaware that the kidnapping for which Morrison was convicted in 1990 (and for which he spent over five years in prison) was overturned in 2008 and he was paid substantial compensation from the British state.

At the time, Publicity Director Morrison was asked to go to a house in Belfast to speak to Sandy Lynch, a man who admitted being a British informer. Morrisson explained:

“I was asked to go to a house in Lenadoon to meet an IRA Volunteer, Sandy Lynch, who was prepared to divulge publicly, at a press conference, an incredible story. I organised all major press conferences, and often presented to the media people who had been recruited as informers and supergrasses and who subsequently repudiated their deals with the Brits.”

When he arrived at the house, Danny Morrison was immediately arrested by British soldiers and RUC and charged with the abduction and conspiracy to murder a man he had never even met.

It took until 2008 for his conviction to be overturned and 2015 for a compensation from the British state to the tune of £200,000 for his wrongful imprisonment.

Following an advertising break on the programme, O'Callaghan apologised for the remark.

The second law-suit is in relation to an interview given by the Labour Party's then TD Joe Costello to Saturday with Claire Byrne on RTÉ Radio in which he named Sinn Féin's Nicky Kehoe in relation to unfounded media accusations which claimed 'sinister and subversive elements' are controlling the party.

Nicky Kehoe, who was imprisoned for republican activities in 1983, is a long-standing member of Dublin Sinn Féin. Elected as a councillor for Dublin's Cabra-Glasnevin ward in 1999 and 2004, he stepped down as a public representative in 2007. Very active in anti-drugs initiatives in Dublin's north inner city, he has worked alongside the Garda on the Drugs Task Force.

Nicky is currently the political manager of Dublin Sinn Féin and works closely with Sinn Féin councillors on the four local authorities in the county. He has lodged a writ for defamation against RTÉ with the High Court.