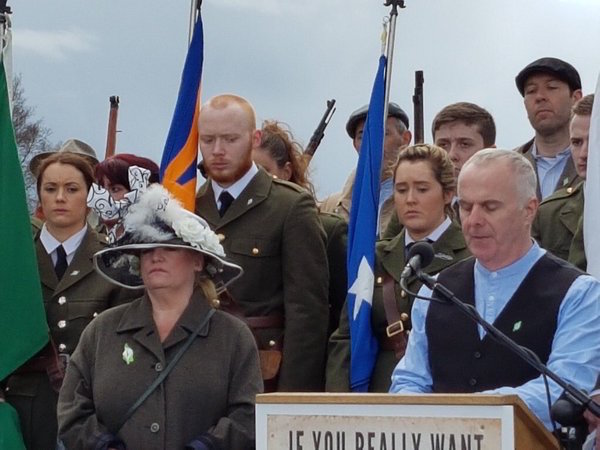 DERRY'S 1916 centenary commemoration saw one of the biggest parades ever held in the city with more than 5,000 taking part.

The commemoration march made its way from Westland Street in the heart of the Bogside to the Republican Plot in the City Cemetery in Derry's Creggan area.

Many of the those taking part wore period dress to reflect the centenary of the 1916 Easter Rising.

Foyle Sinn Féin MLA Maeve McLaughlin chaired the commemoration and described the huge turnout as an "incredible display" of the city's republicanism.

He also said the continued growth of Sinn Féin is key to establishing the Ireland set out in the 1916 Proclamation.

“The Assembly election on May 5th provides another opportunity to increase the strength built up over many years of struggle.

“In Derry, we have set ourselves a goal of returning three MLAs – Martin McGuinness, Maeve McLaughlin and myself – and it is a goal which can be achieved.”