USA and Canada to highlight their vital role in the Rising 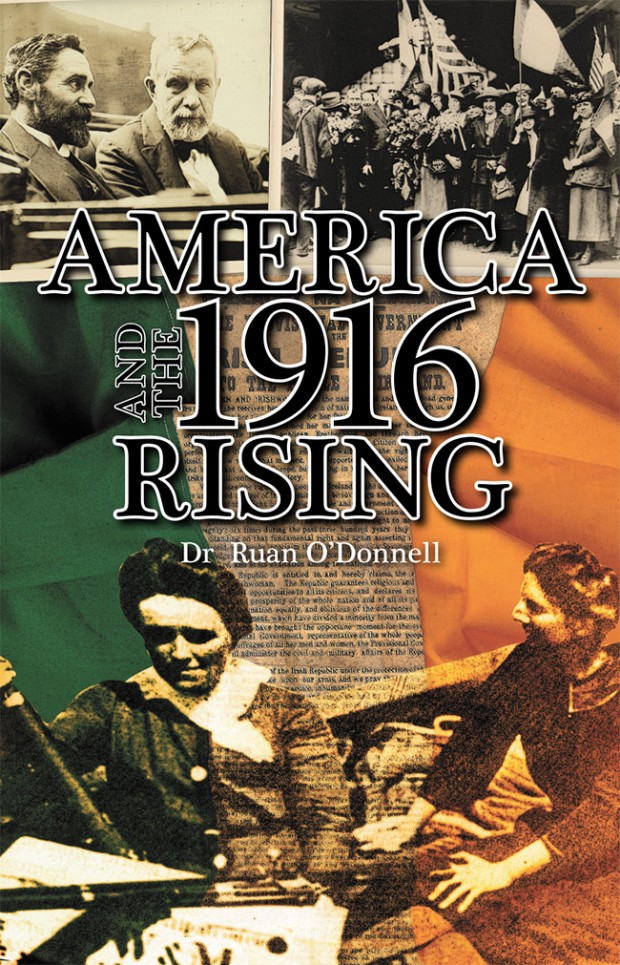 IN the United States and Canada, events will be held across the North American continent to mark the vital part played in the 1916 Easter Rising by Ireland’s exiled sons and daughters.

In the years preceding 1916, five of the seven signatories of the Proclamation were in America to seek support and raise funds for the planned rebellion .

Through John Devoy, Joseph McGarrity and others in the Irish Republican Brotherhood and Clan na nGael, contacts were made with people across America who responded in an unprecedented way to the call to help Ireland strike for her freedom.

100 years later, this generation of Irish-Americans, Irish-Canadians and friends of Irish freedom are recalling the 1916 Rising with pride in the part played by the Diaspora and others that it inspired.

It was described in America as “a blow struck to British prestige from which she would never recover”.

There will be big events attracting crowds, prestigious events with celebrities in attendance, lectures by historians and writers, unveiling of monuments, readings of the Proclamation, re-enactments of historical events, and many, many more modest but no less significant and heartfelt gatherings marking the Rising with the dignity and respect it deserves.

The commemoration committee in Rhode Island have raised the funds to erect a monument to the Rising at the Famine Memorial in  Providence. They have organised lectures, an exhibition and readings related to the Rising.

New York will have many events over the year, cultural and political, from plays and concerts to parades and commemorations at some of the sites related to the Rising.

The Easter commemorations at the Fenian Plot in Calvary Cemetery in Queens is organised by Clan na nGael every year and will be of particular interest this year, as will be the gathering at the Mineola Monument.

A dinner organised by Irish Northern Aid and Clan na nGael will be held  in New York on 23 April. 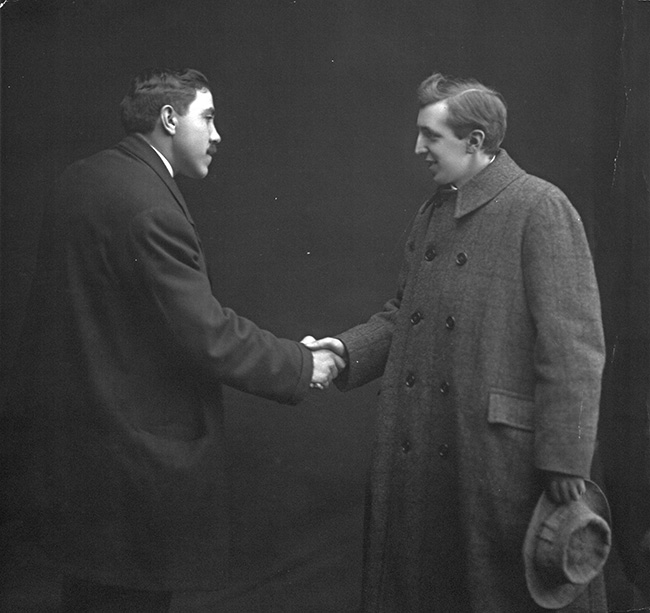 • Joseph McGarrity and Bulmer Hobson shared a passion for Irish culture and writing – McGarrity was central to the planning of the rebellion, raising considerable sums of money to buy arms for the Volunteers

In Pearl River, Rockland, in Buffalo, in Albany and many other areas in New York State there will be events to mark this anniversary.

New Bedford, Massachusetts, will be marking the Rising at their Friendly Sons dinner in March and with the laying of a wreath at the Celtic Cross on the seafront which recalls the famous Catalpa rescue from Australia.

In Philadelphia, the home of Joseph McGarrity and the very cradle of Irish republicanism in America, all groups have come together to organise a fitting tribute. A march on 24 April will go from the Famine memorial to Independence Hall, where the American Declaration of Independence and the Proclamation will be read.

Friends of Sinn Féin are sending speakers to as many of the celebrations as possible and will host two events in New York on 23 and 24 April in the historic Cooper Union where James Connolly once spoke.

Friends of Sinn Féin have produced a small booklet, America and the 1916 Rising, by Dr Ruan O'Donnell, which has been widely distributed and there are several exhibitions being displayed around the country and in Canada.

The exhibitions and accompanying portraits of the leaders of the Rising and of ‘Women of the Rising’ (produced by Mark Dawson of An Phoblacht with Friends of Sinn Féin USA) have been seen at meetings, conferences and events in many cities.

In Cleveland, Ohio, a play about 1916 written and performed by activists has been so well received that it has travelled to other areas, including Detroit.

A popular feature of events has been the historical re-enactments with people wearing the uniforms and clothes of the day .

One of the most imaginative and lasting memorials will be in Springfield, Massachusetts, where the city is planting a garden as a living testimonial to those who fought for Ireland’s freedom.

And in Washington DC, the Irish American Unity Conference are going to have the park where the statue of Robert Emmet stands dedicated to his name.

San Francisco’s St Patrick’s Day Parade has named the seven signatories as Honorary Grand Marshals and there will be events on Easter Sunday and on the historic date of 24 April organised by activists there.

There are so many events all across North America that ther is not enough space here to acknowledge them all but Sinn Féin takes this opportunity to commend and thank the Irish-American and Irish-Canadian organisations and Diaspora who are making sure that the international dimension to the Rising is fittingly remembered.

There will also be a large attendance from America in Ireland for the 1916 centenary events here.