Belfast Easter parade to be ‘colourful, spectacular and fitting tribute to our patriot dead’ 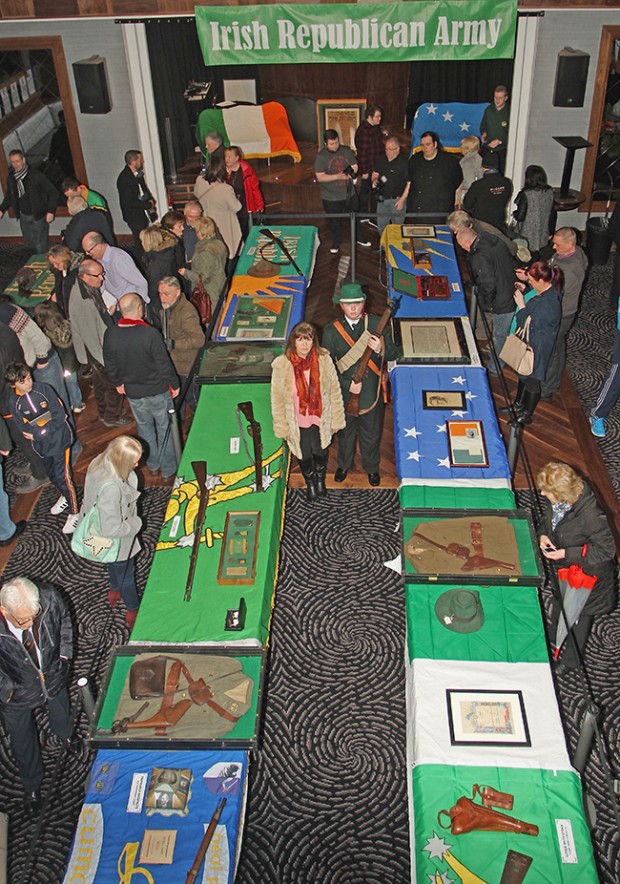 Another innovative project undertaken by the 2016 committee is for a “Freedom Trail” in which plaques will be erected to mark the involvement of Belfast republicans in the Rising.

JOE AUSTIN of the Belfast 1916-2016/Ag Fíorú na Poblachta committee has told An Phoblacht that this year the city’s Easter commemoration events marking the centenary of the Rising will be spectacular and colourful and will be a fitting tribute to our patriot dead and their families.

Austin (spokesperson for the National Graves Association) and Belfast Sinn Féin Chair Sam Baker outlined the monumental efforts being made by the Ag Fíorú na Poblachta committee to ensure the this year’s Easter Parade, which will begin at the original starting point at Divis Street, will follow a route bedecked with the national flag and bunting as well as other banners honouring the men and women of 1916 “and those who died in the decades since partition such as Volunteer Tom Williams”. 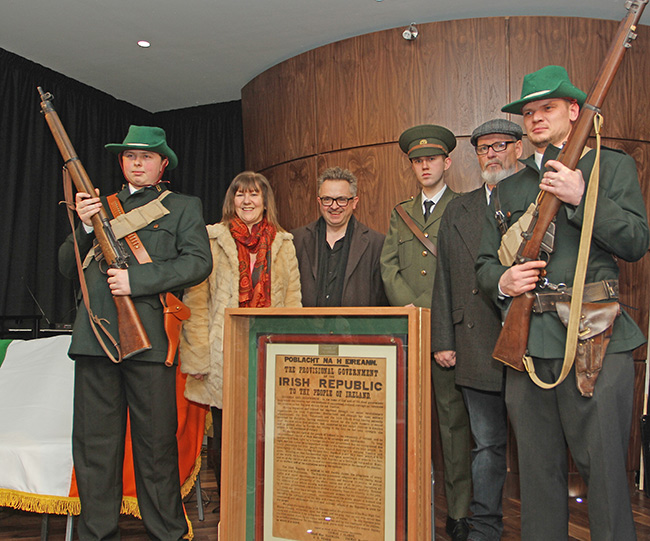 The two Belfast republicans also highlighted the work to be done on Belfast’s famous International Wall, which will transform the wall into an artwork celebrating 100 years of resistance to British rule.

“We will have a huge banner along the road celebrating the life and work of James Connolly, who left his indelible left-wing mark on the politics of republicanism in Belfast where he worked to organise the trade unions between 1910 and 1913.”

Belfast also plans to unveil a statue in honour of Connolly on Good Friday and to open a James Connolly interpretative centre are well under way. 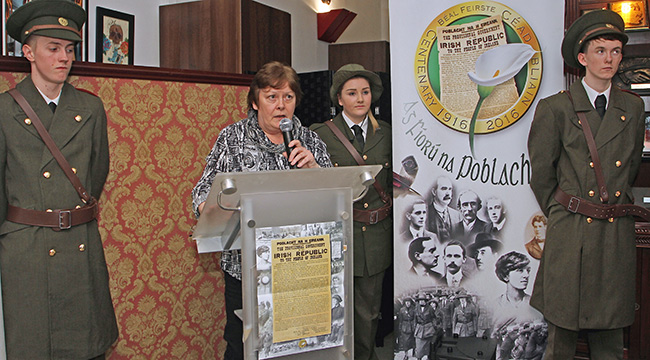 Another innovative project undertaken by the 2016 committee is for a “Freedom Trail” in which plaques will be erected to mark the involvement of Belfast republicans in the Rising.

One such plaque will be unveiled in honour of Winifred Carney in the house in the Whitewell area of north Belfast where she died. Carney was a close associate of Connolly and fought by his side in the GPO.

Carney’s contribution to feminist politics will also be marked in a drama being staged in the Women’s Remembrance Garden in the Roddy McCorley Club on 12 March. The drama is part of a full day of events marking International Women’s Day and highlighting the links between women’s liberation and national liberation.