Countdown to the Rising – The Sovereign People 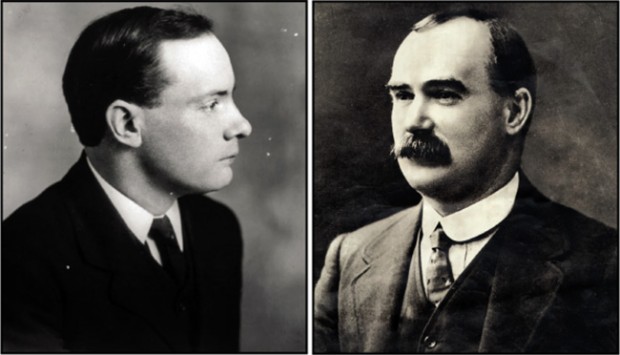 ‘The Sovereign People’ was the last of the four political pamphlets on Irish freedom that Pádraig Pearse wrote between December 1915 and March 1916. This final essay is his most significant and most enduring. It is still highly relevant in its discussion of democracy, the right of the people to the ownership of Ireland and all its resources, and their right to decide how property should be held.

While Pearse did not go as far as the Marxism of James Connolly, he was clearly influenced by him. His concept of democracy in The Sovereign People has been described by his biographer Joost Augusteijn as one which “made all kinds of arrangements to organise society possible, even a socialist form” (Patrick Pearse, The Making of a Revolutionary, 2010).

Little wonder that the political and academic establishment in Ireland has drawn little or no attention to the politics of Pearse. They prefer the myth of a religious and nationalistic fanatic, as most recently portrayed in RTÉ’s Rebellion drama. Pearse’s preface to The Sovereign People was striking:

“This pamphlet concludes the examination of the Irish definition of freedom which I promised in ‘Ghosts’. For my part, I have no more to say. P. H. Pearse,  St Enda’s College, Rathfarnham, 31st March, 1916.”

The next public document that Pearse signed was the Proclamation of the Irish Republic. The Democratic Programme of the First Dáil Éireann issued on 21 January 1919 quotes directly from The Sovereign People. Here we carry key extracts.

One may reduce all this to a few simple propositions:

A nation may determine, as many modern nations have determined, that all the means of transport within a nation, all its railways and waterways, are the public property of the nation to be administered by the nation for the general benefit. A nation may go further and determine that all sources of wealth whatsoever are the property of the nation, that each individual shall give his service for the nation’s good, and shall be adequately provided for by the nation, and that all surplus wealth shall go to the national treasury to be expended on national purposes, rather than be accumulated by private persons. There is nothing divine or sacrosanct in any of these arrangements; they are matters of purely human concern, matters for discussion and adjustment between the members of a nation, matters to be decided upon finally by the nation as a whole; and matters in which the nation as a whole can revise or reverse its decision whenever it seems good in the common interests to do so. I do not disallow the right to private property; but I insist that all property is held subject to the national sanction.

And I come back again to this: that the people are the nation; the whole people, all its men and women; and that laws made or acts done by anybody purporting to represent the people but not really authorised by the people, either expressly or impliedly, to represent them and to act for them do not bind the people; are a usurpation, an impertinence, a nullity.