We need to prove to people there is an alternative 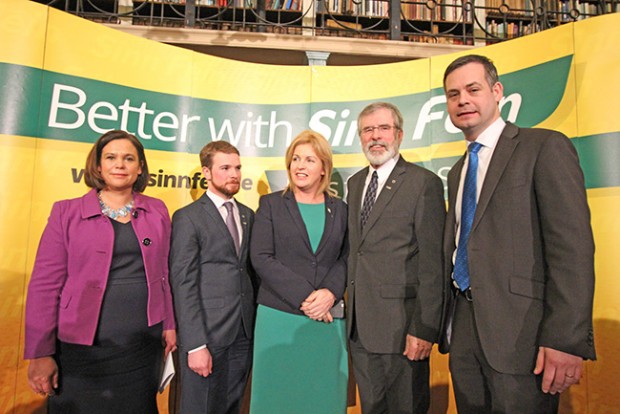 The domination of the two main parties is clearly finished. What we now need to do is to organise and get cohesion into the alternative view of how society should be ordered

THIS was a very good election for Sinn Féin. We went from 14 seats to (as we speak) 23 seats. We increased our representation by 60%. We also got a very good spread – there are very few regions in the state that there aren’t Sinn Féin TDs. If they weren’t elected this time they sure are going to be elected next time if they continue with the work they are doing.

We’re going back with an increased team, with a team of extremely high calibre – more women than before, a mixture of older people and a whole new cohort of young people. I heard the Labour General Secretary say they had lost some good comrades; well, our Dáil team has gained some very, very good comrades.

I want to thank everyone who voted for us, and I want to include those who may not have given us a first-preference but went on to give us a 2, 3, 4 or 5. I want to thank all of our candidates and commiserate with those who hit the crossbar or didn’t make it this time. The record is that those who missed it last time stuck at it, gathered themselves – they were strategic and consistent – and made it this time.

We had two clear objectives going into this election: one was to get rid of this bad Government; the other was to prove to people that there is an alternative of which we could be a part.

On the first objective we succeeded beyond our wildest expectations – the Government was really rejected and its policies were rejected. Now that isn’t just down to us. It also came from the fact that people suffered and decent people who may not have suffered themselves didn’t want a continuation of hospital trolleys, fewer public services, homelessness and those horror stories that everybody knows from a family member or a neighbour or some member from your community. 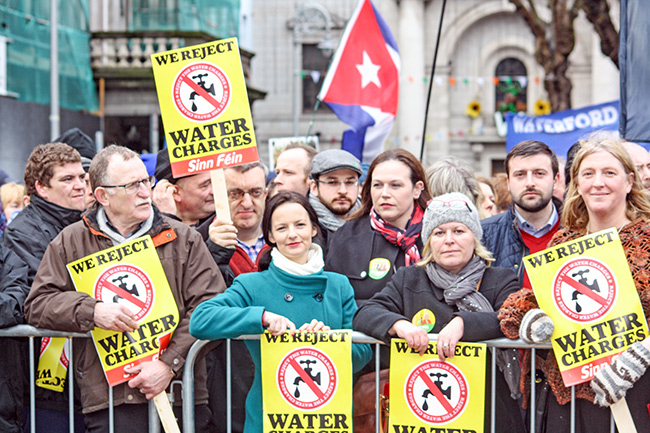 Did we persuade enough people about Sinn Féin and the broad Right2Change constituency? It doesn’t appear that we did. So there’s work to be done. I see this as very much a work in progress. We can be very, very proud that we are now sitting on no fewer than 23 TDs going back into Leinster House.

The realignment of Irish politics in this state took a few steps forward in this election and it’s very much in flux. The next election, if we do our job right, will see it intensify. The domination of the two main parties is clearly finished. What we now need to do is to organise and get cohesion into the alternative view of how society should be ordered.

If you look at Sinn Féin’s Alternative Budgets, we showed there was a way of going forward that protected the people and the vulnerable and was socially equitable. We pointed out the dire social consequences for citizens.

What Fianna Fáil did, they had a sense that people were moving toward the Left and that people here are very decent, so they just stole the phrases which Sinn Féin have been using about fairness, decency and an Ireland for all. They did have a partial recovery of their standing but far short of where Fianna Fáil has stood in the past.

We also sought a mandate. We said to people very clearly: “We want to be in Government, we want a mandate to be in Government, but we will not be a junior partner to these major conservative parties.” And that isn’t just being Sinn Féin-centric or tactical. It’s just being true to the people who we see are not being served by a government that would be led by Fianna Fáil or Fine Gael and which would continue with the policies we’ve seen. So it’s a principled position and being true to the mandate we’ve been given.

Whether we’re in opposition or in Government, we will stick by the principles which we got an endorsement for. And we will act in the genuine national interest.