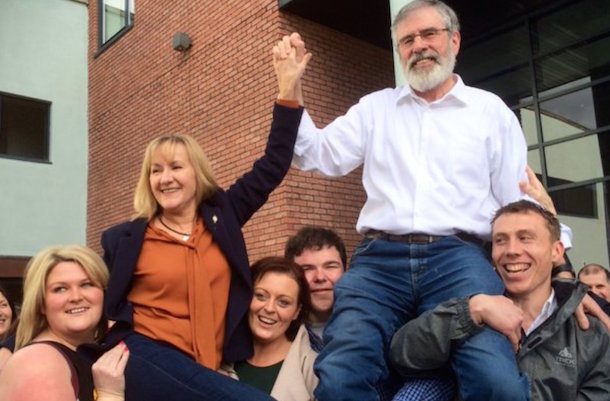 THE BIG STORY in this election is the ongoing realignment of Irish politics and the massive strides forward for Sinn Féin, other parties and Independents, Gerry Adams has said.

“Sinn Féin fought this election with a plan for a fair recovery and alongside those standing on the Right2Change platform,” the re-elected TD for Louth said.

He added that Sinn Féin has secured a substantial increase in support: “We have new candidates elected right across the state.”

He said that we are witnessing is the ongoing fundamental realignment of Irish politics which took a step forward in this election.

“Fianna Fáil and Fine Gael no longer command a majority of support. These parties cannot and will not deliver the changes required in health and housing. They will not stand up for the interests of citizens and they will set aside the election slogans and promises and revert to type.”

“It is now clear that a progressive alternative exists, and has grown in electoral strength.

“Sinn Féin will work with those elected on the Right2Change platform and other progressives to determine how best to use our increased mandates for fairness, growth, jobs and investment in public services.”

The Sinn Féin TDs elected up to 7pm Sunday:-