‘The Revolution Papers’ – Handle with care 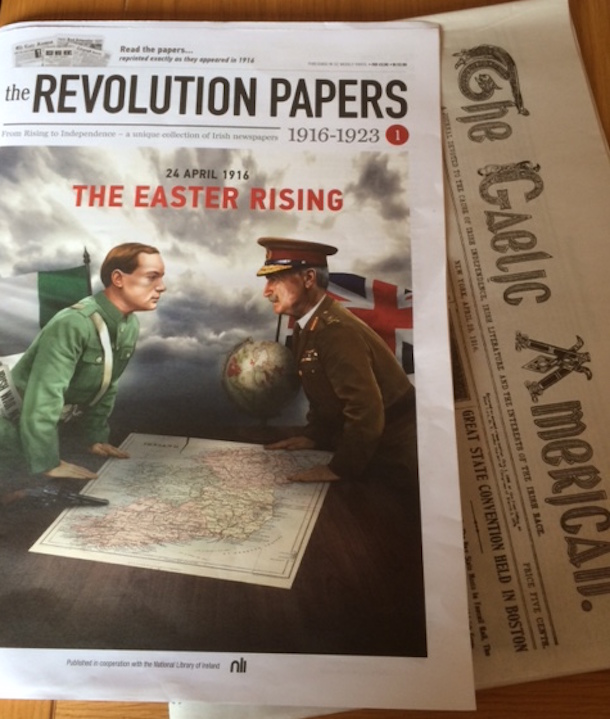 EXTENSIVELY advertised in the broadcast media over Christmas, The Revolution Papers appeared on 28 December. It is an impressive weekly publication that is due to run throughout 2016 and presenting reprints of newspapers from the period 1916 to 1923 with commentary from some of today’s historians.

The republication of key historical newspapers and documents is useful for an understanding of history and generally proves popular. This is the case with the first issue of The Revolution Papers which covers the Easter Rising. It includes the 29 April 1916 edition of The Gaelic American (the paper edited by veteran Fenian John Devoy) and the notorious Irish Independent which described the Rising as “criminal madness”. For these fascinating papers alone the first issue is well worth getting your hands on.

That said, like old historical papers, the modern commentary must be handled with care. 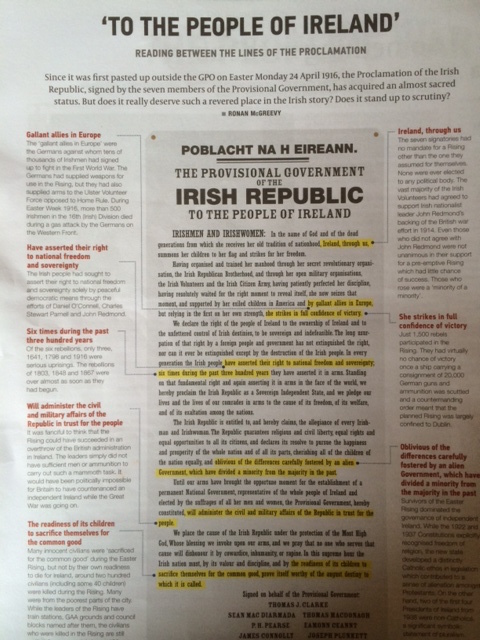 This 1916 issue has on its back page an analysis of the Proclamation of the Irish Republic by Irish Times journalist Ronan McGreevy – ‘hatchet job’ might be a better description of its “reading between the lines”. None of the positive principles enunciated in the Proclamation are highlighted. The pledges to equal rights and equal opportunities, to cherishing all the children of the nation equally and to women’s suffrage are not mentioned. Instead we have a standard revisionist line suggesting that the use of the term “gallant allies” regarding the Germans was a betrayal of the Irishmen fighting in the British Army and that the signatories had no mandate and no chance of success.

Highlighting the line in the Proclamation which states “oblivious of the differences carefully fostered by an alien government, which have divided a minority from the majority in the past”, McGreevy correctly points out that the Free State developed a “distinctly Catholic ethos in legislation which contributed to a sense of alienation among Protestants”. Indeed, it was more than an ethos as Catholic doctrine, such as the divorce ban, was made law. But equally worthy of mention is the fact that the united Ireland the Proclamation sought was thwarted by British-imposed partition and the sectarian Orange State in the Six Counties. But McGreevy does not mention this.

The reprinted papers will make interesting reading – and the commentary will require careful reading – in the year ahead.