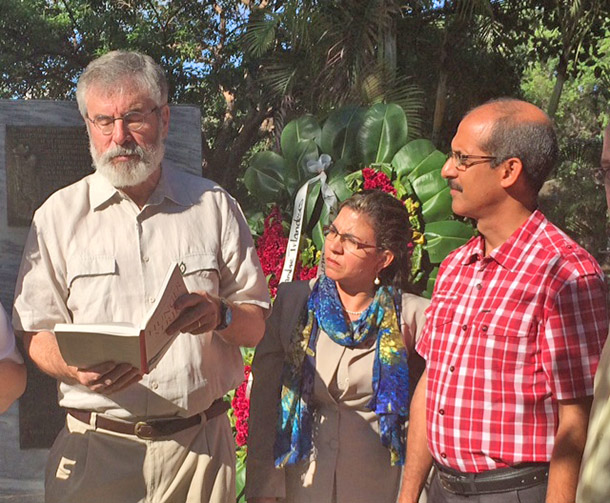 IRELAND's Hunger Strikers were remembered in a ceremony in Havana, Cuba, on Friday at which Sinn Féin President Gerry Adams praised the leadership shown by the Cuban and US governments in moving towards an end to decades of hostility between the two countries.

Adams, who had officially unveiled the memorial back in 2001 to mark the 20th anniversary of 1981 Hunger Strike, said the determination shown by the Irish hunger strikers had became a metaphor for Ireland's long struggle for freedom and independence.

“It was an epic story of unselfishness, courage and generosity versus self-interest, intransigence and imperialism," he said.

“That same spirit is visible here in Cuba and everywhere stronger powers refuse to recognise that people have the right to be who we are."

Gerry Adams commended the leadership of Cuban President Raúl Castro in helping to forge a peace deal in Colombia.

He also paid tribute to the Cuban President and US President Barack Obama for their work towards ending decades of hostility between the two nations, saying that the people of Cuba have been vindicated by the change in policy by the USA:

"While that will present many challenges, such challenges are part of revolutionary struggle," he said. 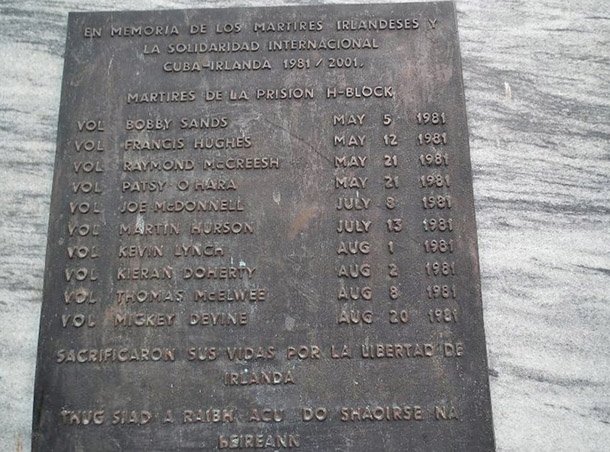