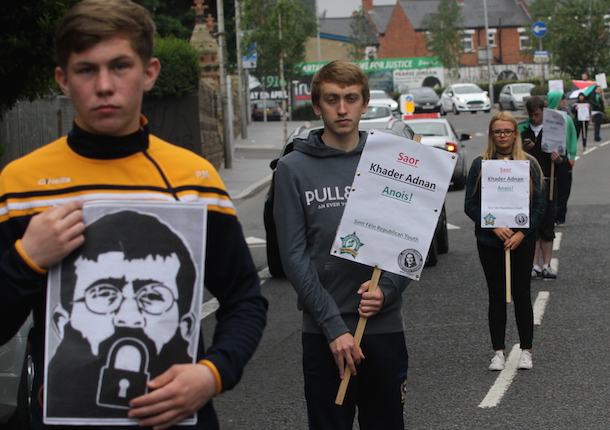 After Adnan’s hunger strike entered its second month his condition became critical and he began experiencing intermittent comas, a sharp decrease in his weight and a drop in his heart rate.

He refused to undergo medical tests by a Physicians for Human Rights (PHR) delegation because the Zionist jail regime ordered that Adnan’s hands and feet be chained to his bed for 24 hours during the tests.

He was kidnapped on 8 July 2014 and has since been held under 'Administrative Detention' orders without charges or trial. 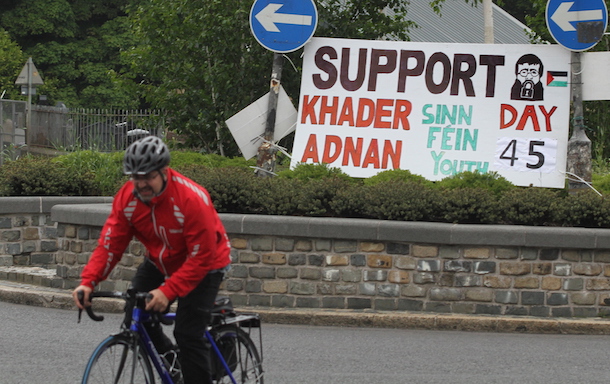 Up to 20 MFRYC members camped out at the site of the former RUC/military barracks at Andersonstown in Belfast while fasting over the weekend as they brought attention to the Palestinian's plight. 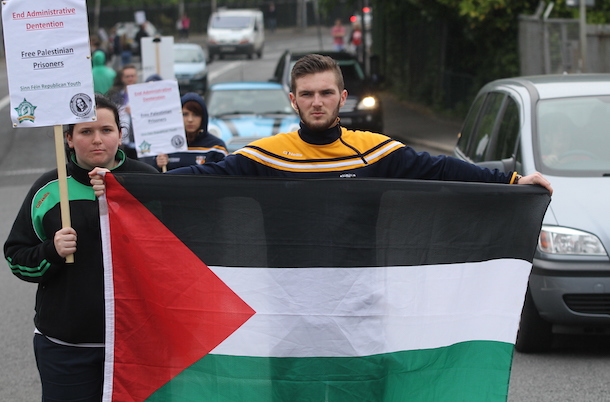