Show your support for Ryan Moore through www.justgiving.com/running-for-palestine 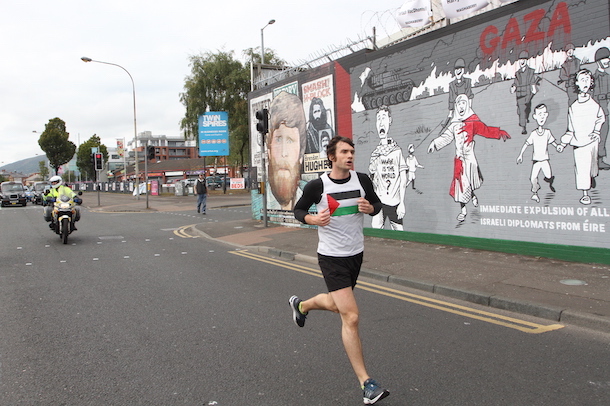 A BELFAST-BASED RUNNER taking part in this year’s Palestine Marathon aims to highlight the plight of the Palestinian people living under Israeli military occupation.

Speaking to AN PHOBLACHT, Ryan says;

“I want to raise awareness of the situation faced by the Palestinian people and keep it in the spotlight. I also want the people of Palestine, the West Bank and Gaza to know that the world is still concerned about their plight.”

The Derry runner says that after the Israeli slaughter in Gaza during Operation Cast Lead he bacame active with Palestine solidarity groups.

Since then he has been concerned that after similar onslaughts the international media focus moves away, yet the suffering of the Palestinians under siege continues.

“I see the race as a way of beaking the silence surrounding the occupation.”

The race, instigated in 2013 was originally conceived by two Danes, Lærke Hein and Signe Fischer. The idea was to open the eyes of the world to the situation of the Palestinians and their limited freedom of movement.

Because it wasn't possible to find a 42km stretch within the Palestinian Territories without passing through Israeli checkpoints, it was decided to hold the event on an 11km stretch and then letting the marathon runners run that stretch four times.

The starting and finishing point is at the Manger Square, just opposite the Church of the Nativity, with a route along Manger Street, through the Ayda refugee camp and then along the Jerusalem Hebron Street, through the Dheisheh camp and ending in the city of Al-Khader, where the runners make a U-turn to run the same route back towards Manger Square. Along that route the runners are also running alongside the Apartheid Wall.

To donate go to www.justgiving.com/running-for-palestine 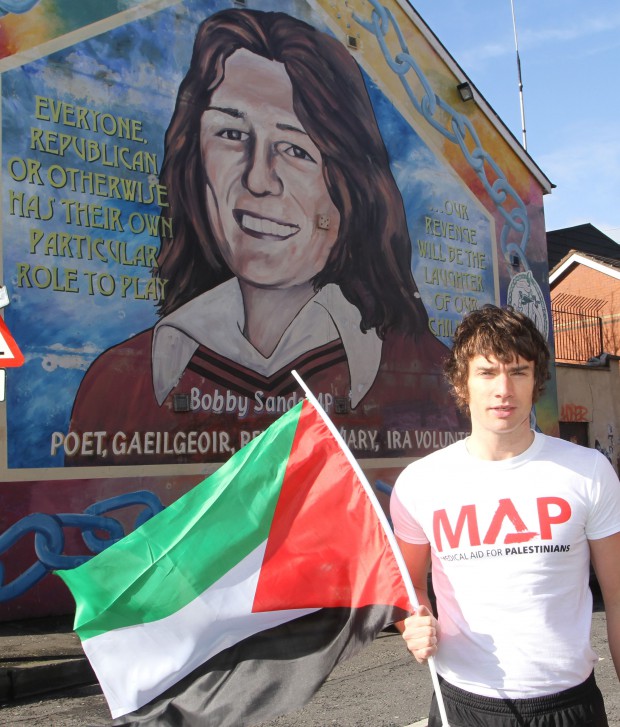 ● Ryan Moore – running against oppression all over the world