‘The environment is the enemy of jobs’

• If we don’t protect the environment, the ultimate cost of cleaning-up will one day be too great – or too late – to pay

We rely on the environment for life itself. It’s just that the connections can be hard to see

THAT’S WHAT my lad recently reported was the universal belief of all those in his Leaving Cert Civic, Social and Political Education (CSPE) class in our west Cork community school. To be honest, it’s what most people think. To object to developments in rural Ireland is a swift route to social ostracism – or worse.

But if we don’t protect the environment, our dwindling natural resources will be used foolishly and the ultimate cost of cleaning up will one day be too great – or too late – to pay. Yet Dan and his schoolmates are no different from the current revisers of Directives in Brussels or the Kerry councillors with their ‘material contravention’ motions to over-rule planning protection.

Environmental regulation is under unceasing attack at every level. The buzzwords are ‘light regulation’. Light regulation? Isn’t that an oxymoron, a paradox, like ‘open secret’?

We rely on the environment for life itself. It’s just that the connections can be hard to see. Let’s look at what happens with, say, industrial peat extraction and public health.

In 2009, the group I work with received an anonymous letter from a hotmail account. It was a detailed letter with photographs demonstrating the devastation of hundreds of hectares of raised bogs in Westmeath by large industrial operators. We found no planning authorities had any record of these activities.

We spent five years pursuing the authorities to require them to assess the activities and protect the environment. We filed a Petition to the European Parliament. We went through the planning process all the way to the High Court where even now three cases await final determination this summer. We commissioned a satellite survey of exposed peatlands from University College Cork and presented the Department of the Environment with detailed maps of 126 extraction sites of more than 30 hectares across 19 local authorities.

Why does this matter? Is it the quixotic defence of a rare bog orchid? No. 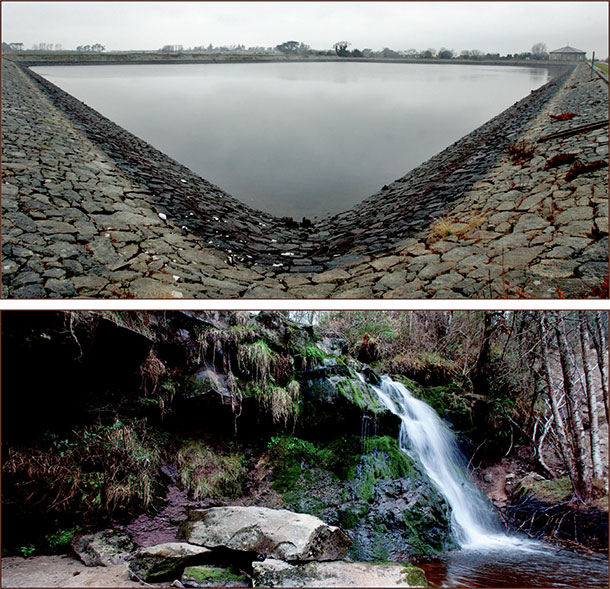 • Environmental regulation is under unceasing attack at every level

It matters because the drainage of peat – and forestry and land reclamation on peaty soils – releases organic carbon into the water: the ‘peaty colour’ you sometimes see. When this water is treated with chlorine, THMs (Trihalomethanes, a group of chemicals like chloroform that are associated with cancer) are formed.

According to the Environmental Protection Agency’s Quality of Drinking Water in Ireland which we analysed for our complaint, almost 600,000 consumers in 153 water supply zones are currently receiving drinking water exceeding the European Union/World Health Organisation parametric limit for THMs.

And nobody has told the consumers, even though the law says they must be informed. The Directive and the Irish regulations say: “In such cases, consumers shall be informed promptly thereof and given the necessary advice.”

THMs are volatile. Prolonged showering, Jacuzzis, steam rooms should be avoided; pregnant women may be at greater risk; etc.

Ireland’s defence to the Commission investigation was assembled by the Environmental Protection Agency and the Health and Safety Authority. “The public should be reassured that all exceedences of the standards are examined to determine if there is a potential danger to human health,” the joint document said. It concluded that there is “not enough evidence to prove that THMs pose a health risk in the short-term”.

They have to say this because the Commissioner for Energy Regulation (who also regulates water) is committed to giving a 100% discount for consumers receiving water unsafe for human consumption. And 100% discount to 600,000 consumers would end water charges more quickly than any marches on the Dáil.

Meanwhile, the public will continue to drink potentially dangerous water that could be made safe (if they knew) by a simple charcoal filter.

The eight or nine ‘mini Bord na Monas’ who are doing the extraction (most of them registered outside the state) have been lobbying the Government over the loss of jobs that potential controls could mean. The booming mushroom industry (which is now almost half of all Irish horticultural products) relies on peat to grow its crop. Our competitive advantages will be lost, they say; 3,500 jobs will be at risk. Hence the Environment Minister is told regulation is a “threat to national food security”.

He has been told that peat should be removed from planning controls altogether and subject instead to (you guessed it) ‘light regulation’.

If we want a more progressive Ireland we’ll have to go back to school.