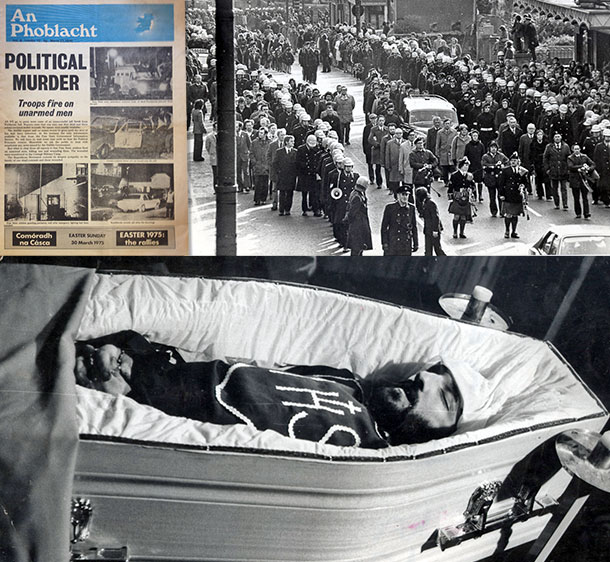 FOLLOWING the eruption of the conflict in the Six Counties in 1969, the Fianna Fáil government of Jack Lynch initially expressed cautious support for the plight of nationalists. By late 1972, however, his Justice Minister, Des O’Malley, was introducing repressive legislation which saw hundreds of republicans imprisoned and the jails in the 26 Counties became a political battleground.

Republicans were then transferred to Portlaoise Prison in County Laois. It was turned into a high-security prison but this did not prevent republicans immediately undertaking escape attempts. A tunnel was discovered in May 1974 but in August a daring escape bid was successful with 19 IRA prisoners breaking out.

With the vehemently anti-republican Fine Gael/Labour Government of Taoiseach Liam Cosgrave and Justice Minister Paddy Cooney in power, the tension in the prison remained high. Conditions in Portlaoise were harsh and protests were frequent.

In late December 1974, the republican prisoners took over E-Wing and held 27 prison officers captive. Prisoners were injured when gardaí and troops retook the wing.

There was a hunger strike at the start of 1975. Republicans protested for segregation between political and non-political prisoners and against the lack of proper medical facilities, education, parcels and the poor prison diet.

At the end of February 1975, Governor O’Reilly suspended all visits following the discovery of explosives on a visitor. Closed visits in a special visiting box were introduced. Despite tightening repression, another escape plan was already at an advanced stage. 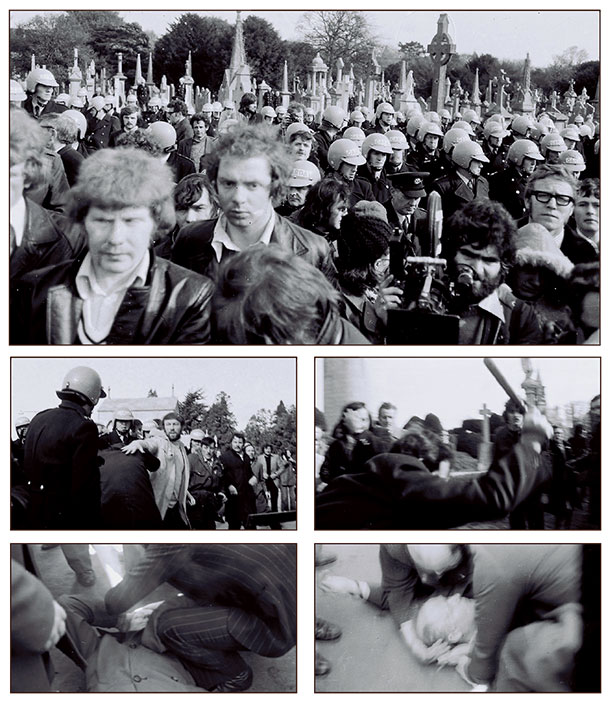 • There were traumatic scenes at Glasnevin Cemetery as gardaí batoned mourners

The IRA prepared a dumper truck, fitted with armour plating, which was to be driven through a side-gate to the prison farm. The truck was big enough to accommodate 20 prisoners.

On St Patrick’s Night 1975, the escape bid went ahead shortly after 8pm. An explosive device blew open the door to a yard and the lead group of 20 emerged from the recreation hall where the prisoners had been watching a film. (Ironically, a moment before the real explosion, the film showed a scene of a safe being blown.)

The prisoners were to break out the gate after it had been demolished by the armoured truck but the vehicle broke down before it reached the wall.

Soldiers in posts along the prison walls then opened up lethal gunfire on the prisoners in the yard. Several were injured, some seriously. When the firing ceased it was not realised that one prisoner, Tom Smith of Dublin, had been shot dead.

As the prisoners were returning to the recreation hall they discovered his body which lay in the shadow of seating. It seems that a prison officer or officers had seen him first and did not raise an alarm for fear of retaliation.

The 140 IRA prisoners carried their fallen comrade into the republican wing of the prison and stood to attention in silent tribute along the landing. A soldier later admitted that he had fired the fatal shot, though not deliberately targeting Tom Smith. However republicans pointed to the reckless nature of the firing and, in particular, the failure of officers to take control. 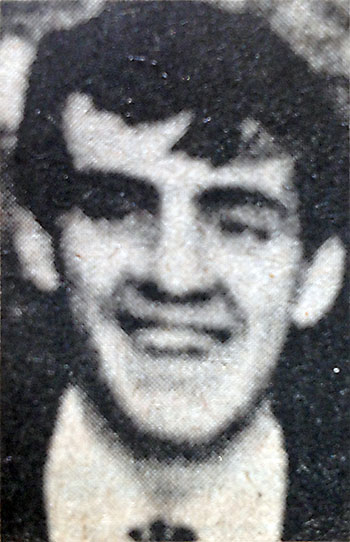 Tom Smith was five days short of his 27th birthday when he was killed. He was a member of the IRA’s Dublin Brigade, originally from Donore Avenue. He worked in Jacob’s Biscuit Factory, joined the IRA in the late 1960s, and was imprisoned in 1973. Justice Minister Paddy Cooney failed to notify the Smith family of Tom’s death for at least 12 hours. They were not informed of the post mortem nor of the transfer of the body from Portlaoise to the Dublin City Morgue.

The Fine Gael/Labour Government imposed a heavy Garda presence on the funeral and there were traumatic scenes as they batoned mourners in Glasnevin. Despite this, Tom Smith was interred with dignity in the Republican Plot where Dublin republicans honour him every year on St Patrick’s Day.