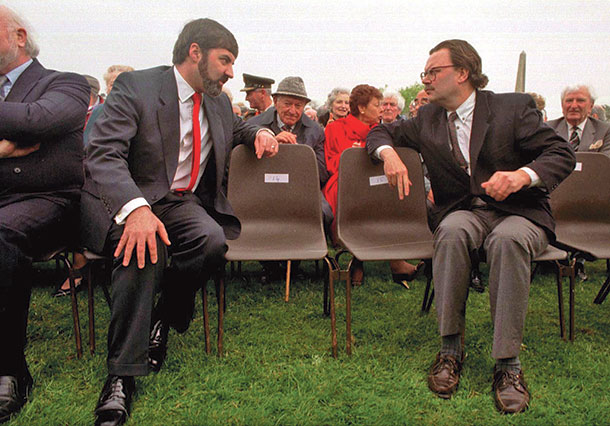 FEW THINGS strengthen my appreciation of our island home more than being away for a while. Other countries have their attractions but not the strength of attachment to places, and most especially to the people I love.

Working on conflicts in other places also emphasises to me the value of our Peace Process. Living up close we see its faults and incompleteness but, working with other intractable conflicts where communities are trapped in violence, I am constantly reminded of how far we have come. Our upcoming generations have the chance to live in a very different Northern Ireland than the one in which we grew up.

We no longer wake up to daily news of bombings and shootings that destroyed lives and families; we have political structures based on the principles of power-sharing and parity of esteem; our police service is more representative and accountable to the whole community; the robust protections we have for human and civil rights are the envy of many other places; and we have new sets of relationships with Britain and Ireland.

This is the constant refrain I hear from people elsewhere. We focus on the imperfections but they tell me how fortunate we are to be leaving our violence behind.

While human society is never free of challenges, inequities and difficulties, we also know that, despite our progress and the new structures, there is still unfinished business. Why should this be?

As individuals our personality is made up of our experiences that continue to affect us even when our situation changes.

People brought up without enough food learn to eat as much as possible any time they have the chance. If life changes and they have foodto spare, they often continue to eat according to the old pattern, resulting in overweight and poor health. The same behaviour that helped them survive comes to threaten their wellbeing and they continue even when the external circumstances change and it becomes harmful.

The same thing can happen with communities. We tend to stick with old ways of thinking and ‘being’. 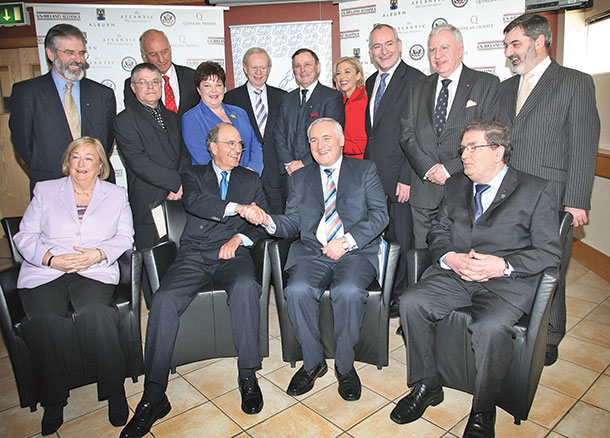 Our new structures came about by negotiation and our people voted for a future based on fairness for all and parity of esteem but, although the structures have changed, communities often see things in the old ways.

It seems to me that an element of the identity or culture of the Protestant/unionist/loyalist (“PUL”) community still involves a sense of ‘dominance’ – a disposition to think and act as though they ought to still be in charge. For example, there is no need to negotiate and reach accommodations over flags and parades.

Some of this may come from a fear that if they are not dominant then their circumstances will reverse and they will be dominated by the Catholic/nationalist/republican community. I think that the problem here, however, is more to do with this dominance element of the sense of identity/culture not having changed and it must be addressed if the PUL identity is to really incorporate parity of esteem and develop a sense of self-confidence about the future.

In the Catholic/nationalist/republican community (“CNR”), generations of being dominated created an identity partly characterised by a sense of victimhood. Despite there now being parity of esteem in political, legal, social and economic opportunities, many people in the CNR community still operate as though they were victims rather than authors of our shared destiny, with all the opportunities and challenges that implies.

If this analysis of ‘anxious dominance’ and a ‘sense of victimhood’ as key components of the identities of the two sides of the community has any truth to it, the ‘unfinished business’ will not be resolved by more political deals, economic development, or the mere passage of time.

We all know how difficult it is to change our own personalities and our ‘way-of-being’. The ‘Uncomfortable Conversations’ that Declan Kearney has helped us realise are central to the way forward, will require challenging the narratives and attitudes within our own communities about how we leave behind these aspects of our culture and identity.

Culture and identity involve many things we quite properly want to preserve; however, they also contain attitudes and ways of behaving that we need to leave behind because they are no longer appropriate to the reality of our shared communal lives and have actually become harmful in the present and for the future.

Letting go of them will not happen easily or without effort.

• By profession a psychiatrist, psychotherapist and politician, John Alderdice has served as a Liberal Democrats member of the House of Lords at Westminster since 1996. He lives with his wife in Belfast but his academic home is now at Harris Manchester College, University of Oxford.