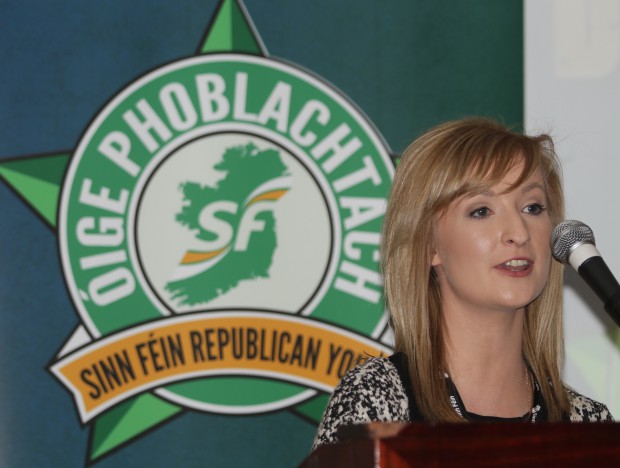 Buoyed by SYRIZA’s ascension to power in Greece and Sinn Féin’s own steady rise in opinion polls, the day saw a wide range of debate and discussion on what a Sinn Féin government would mean for the 26 Counties and how the party has delivered in the Six Counties.

The day paid particular attention to how Sinn Féin can best defend and appeal to the youth of Ireland.

Under the Troika’s austerity programme, more than 300,000 people have left Southern Ireland in pursuit of work or better life prospects. Roughly 41% of these people are aged between 15 and 24. This has been dubbed Ireland’s ‘Youth Exodus’. It is therefore little surprise that over a quarter of the population has been directly affected by the emigration of a close family member. 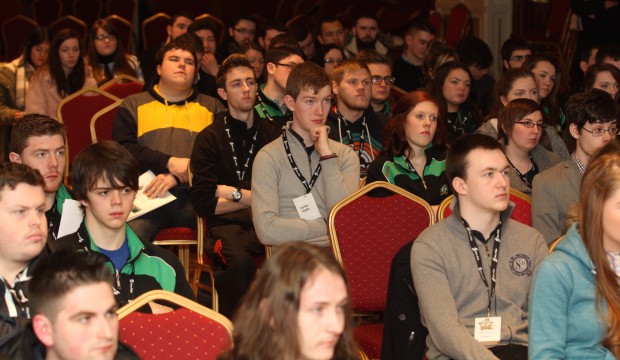 As evident across Europe, austerity has hit young people hard.

◼︎ Opposition to any raise in tuitions fees North or South;

◼︎ A call for the introduction of enhanced student schemes to reduce transport costs;

◼︎ Support for the implementation of monthly student support payments;

◼︎ A call on insurance companies to cease the exploitation of young people with extortionate car insurance policies.

Congress also expressed solidarity with NUI Galway lecturer Micheline Sheehy-Skeffington and her pursuit of gender equality within the university, and called for the extension of voting rights to 16-year-olds. 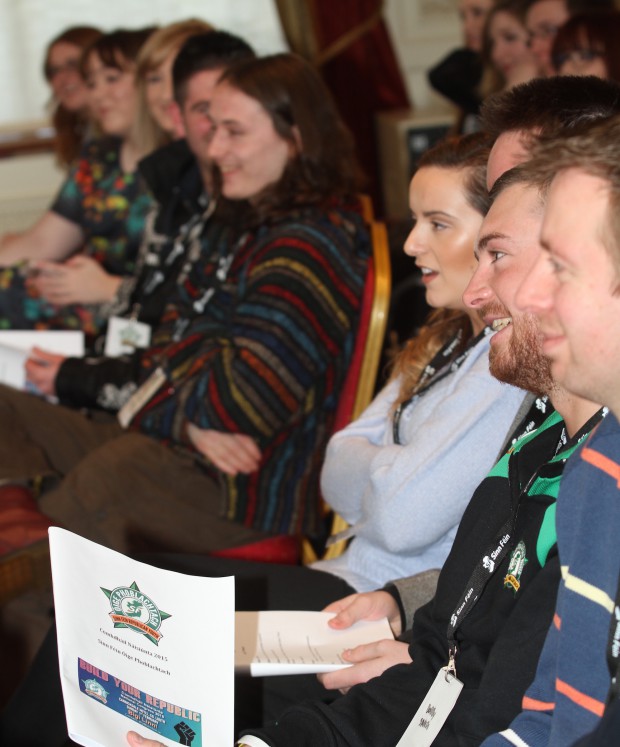 In the North, where Sinn Féin is in power, albeit within a power-sharing Executive, the party has worked to protect the interests of young people.

In the recently-passed budget, the Department of Education received an extra £500million in funding for the development of shared and integrated education projects for the next 10 years. The Department of Employment & Learning received £33.2million in additional funding – £20million of this is targeted towards the North’s universities and colleges and the remaining £13.2million tasked to develop a United Youth programme pilot and apprenticeship training scheme.

Sinn Féin has also rallied, alongside the Irish National Teachers' Organisation, to oppose any cut to the subsidiary received by St Mary’s and Stranmillis teacher training colleges in Belfast, a cut widely considered to be politically motivated and posing a threat to the very continuation of both valued institutions.

The party has also called for the expansion of the Magee campus of the University of Ulster in Derry.

The budget also saw the continuation of the £3,685 cap of on tuition fees as opposed to the £9,000 sum inflicted by the Westminster Coalition Government.

Through the Stormont House Agreement the party has also guaranteed that, under the Supplementary Benefits Fund, nobody on benefits will lose any money as a consequence of the Toryies' 'Welfare Reform' programme.

The Agreement concluded over Christmas demonstrated Sinn Féin’s commitment to protecting the vulnerable. Claims from some quarters that 20,000 public sector jobs will be cut are false as any redundancies will be voluntary as stipulated and no figure has been set to it.

Young people in the rest of Ireland could soon benefit from such protection and political representation as Sinn Féin gears towards Government south of the border. 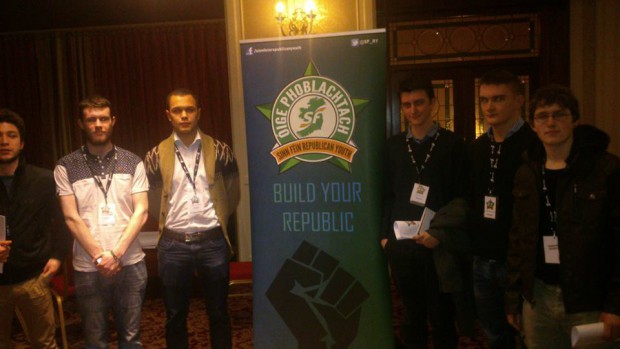 ● Joe Dwyer at the Youth Congress with delegates from NUI Galway