Pro-Agreement parties must make a stand 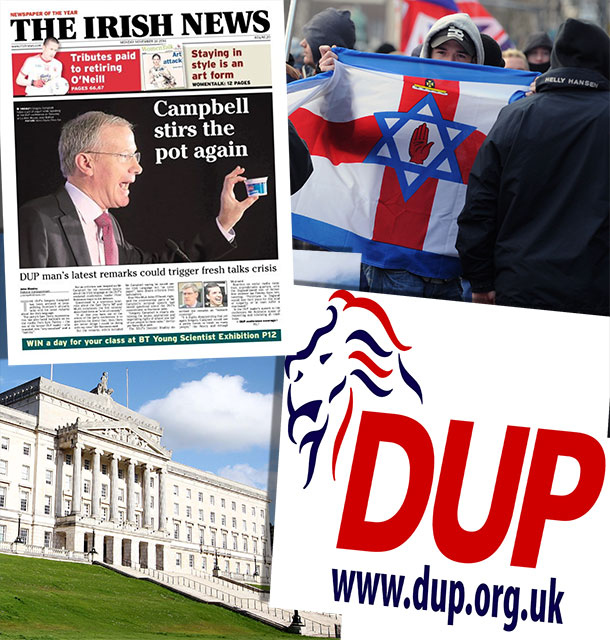 GREGORY CAMPBELL’S calculated insults to the Irish language in the Assembly and outright opposition at the Democratic Unionist Party’s annual conference to an Irish Language Act are symptomatic of the DUP’s current attitude to the Good Friday Agreement and the Peace Process.

The East Derry MP’s ‘warm-up’ speech for party leader Peter Robinson at the DUP conference in November included the unambiguous declaration (to applause from activists and nods and smiles from the DUP leadership):

“On behalf of our party let me say clearly – and slowly so that Caitríona Ruane and Gerry Adams understand – we will never agree to an Irish Language Act at Stormont and we will treat their entire wish list as no more than toilet paper. They better get used to it.”

Despite holding the position of First Minister, DUP leader Peter Robinson brushed criticism aside, describing it as a bit of “comedy”. When BBC TV’s Mark Carruthers pressed him on how nationalists might view Gregory Campbell’s speech, the First Minister snapped on camera that he would walk out of the interview if this line was pursued any further.

“Imagine a Sinn Féin conference where a speaker mocked the Ulster-Scots dialect.

“And then imagine Gerry Adams coming on and saying it was just a light-hearted speech, to loosen up or he was off?

“I suggest the airwaves and the print columns would be bursting with indignation and anger at such a stance.”

They were not. His senior MP’s comments were not disowned by First Minister Peter Robinson either. 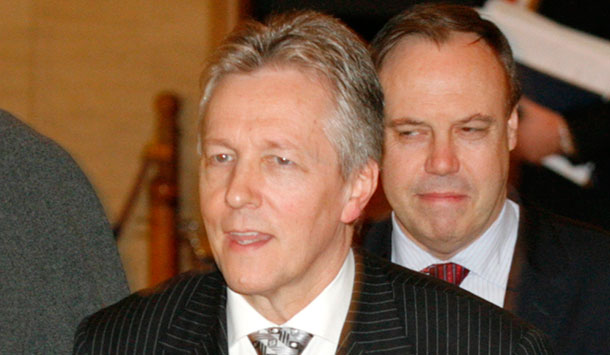 Alex Kane, former Director of Communications for the Ulster Unionist Party, wrote in the unionist News Letter under the headline: “Hardline Gregory Campbell is now the authentic voice of the DUP”:

“That’s the language of the old DUP. And we better get used to it.”

“Gregory Campbell is clearly dismissing the hopes, aspirations and negotiating rights of almost one half of our people in these talks,” the Upper Bann MLA said.

“DUP leader Peter Robinson needs to clarify was Gregory Campbell representing the DUP’s position as a whole as that calls into question the integrity and commitment of the DUP’s approach to the all-party talks.”

Gregory Campbell’s showboating reflects a worrying and dangerous attitude by mainstream unionism to parity of esteem, the Good Friday Agreement and all the other international agreements – agreements made by unionists with nationalists under the auspices of the British and Irish governments and the United States. 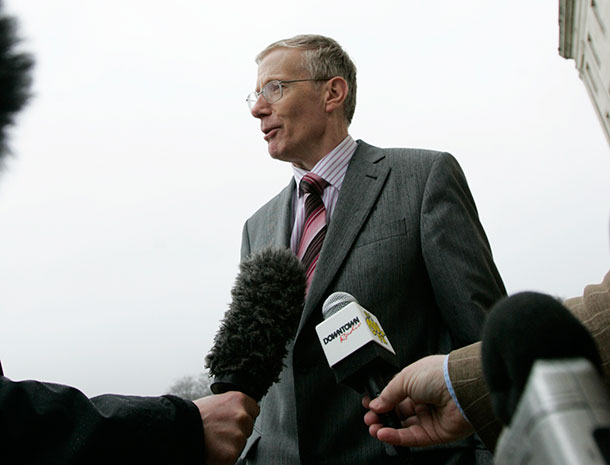 The intransigence of the DUP has been tacitly encouraged and nurtured by the Conservative-dominated government in London.

As a consequence, republicans have no confidence in the commitment of the British Government to the political process.

The DUP has been dictating the Secretary of State’s and the NIO’s approach.

DUP leader Peter Robinson has set down preconditions in the form of welfare cuts, parades and the role of the Irish Government.

The DUP has been emboldened by two elements: its new allies in the Ulster Unionist Party and the rejectionist Traditional Unionist Voice, UKIP, the unelected Orange Order and the paramilitary UDA and UVF (of which the UVF is acknowledged by the police to be particularly active); and by the patronage of the British Government despite unionists flouting the democratic and peace processes.

The DUP’s endorsement of the Union flags protests that saw attacks on the police, Alliance Party offices and nationalist residents in Short Strand was no impediment to it being granted a special audience with British Prime Minister David Cameron at 10 Downing Street at an exclusive drinks party for its MPs in May on the night that Gerry Adams was arrested.

East Antrim MP Sammy Wilson openly boasted to the media that his party was being “courted, tested and probed” on their attitude to supporting David Cameron’s Tories after next May’s general election or if the current coalition government collapsed before then.

Secretary of State Villiers told the Ulster Unionist Party conference in October that the Irish Government will play little role in the political settlement of the North.

Sinn Féin MP Conor Murphy immediately corrected the Secretary of State, telling her that her statement “runs contrary to the Good Friday Agreement”. He added:

It is imperative that the Irish Government and the US administration don’t just stand by the international agreements such as the Good Friday Agreement and St Andrews but robustly speak up and defend them at every opportunity.