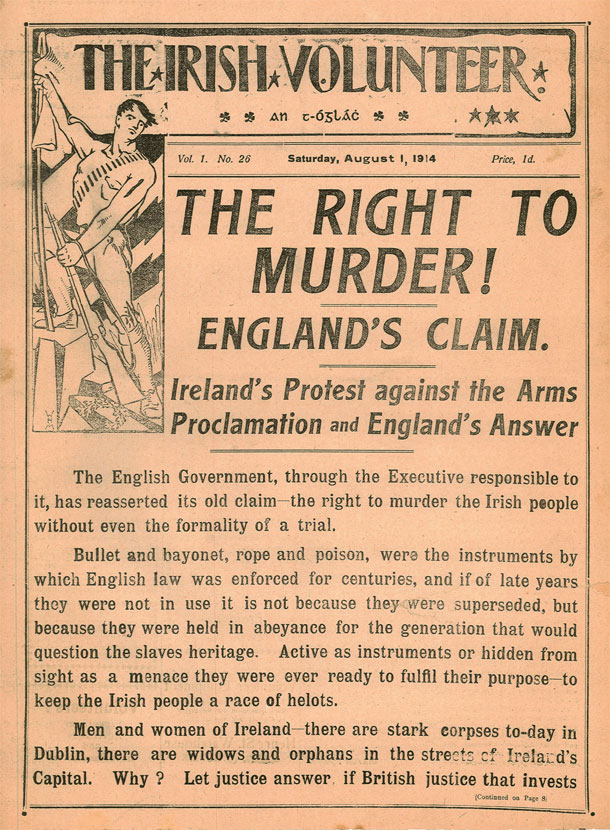 This is by far the most dramatic front page of the series as it reports the British Army murder of three civilians on Bachelor’s Walk in Dublin city centre following the successful landing of rifles for the Volunteers from the Asgard at Howth earlier that Sunday 26 July. ‘The Right to Murder! – England’s Claim’ reads the headline. The landing itself is reported and the paper notes the contrast with the British government’s treatment of the Ulster Volunteers who were allowed to arm extensively without interference. 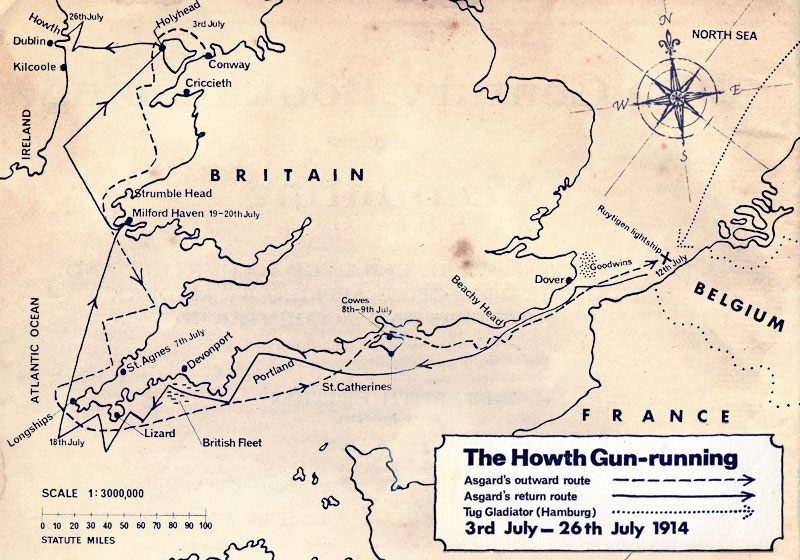