Offering a real alternative for government

After Sinn Féin’s election triumphs in May, one community and trade union campaigner urges activists to keep the party’s focus on being an agent for change 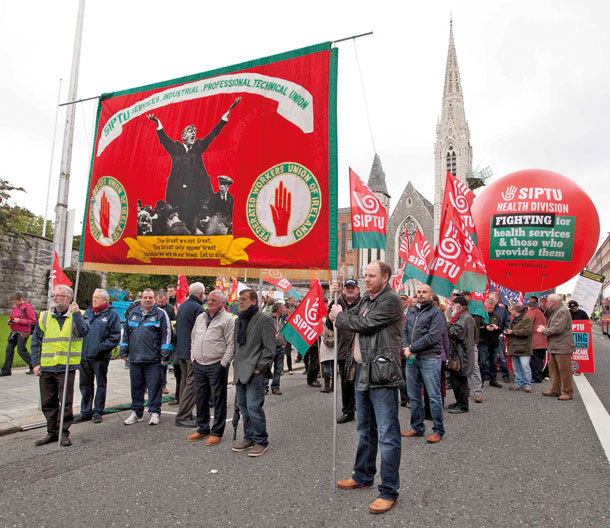 Given Sinn Féin’s experience and evolution over the past three decades, it has very different perspectives on fundamental values such as justice, equality, participation and rights

David Connolly is a Community and SIPTU trade union activist

IT’S NOT SURPRISING that much of the focus by the Dublin mainstream media after the recent election successes of Sinn Féin has been on the prospects of the party being central to the formation of the next government. The results certainly sent real shockwaves through the political establishment.

As a community and trade union activist, my concern is that Sinn Féin maintains a focus on building the wider participation and engagement necessary to create a radically alternative political reality that serves all of our people.

Gerry Adams in his oration at the Wolfe Tone Commemoration in June declared:

“We are about creating a New Republic, with new politics and a new way of doing things that puts fairness and equality at the heart of how this country is governed.”

In the struggle to achieve this ambitious and worthwhile objective, electoral activity is only one element. It is necessary to engage with and mobilise a wide range of interests, including civil society organisations, single focus groups and social issue campaigns so as to construct a broad popular movement capable of enforcing a fundamental shift in the way this country is governed and enhancing the prospect of real unity across the island. 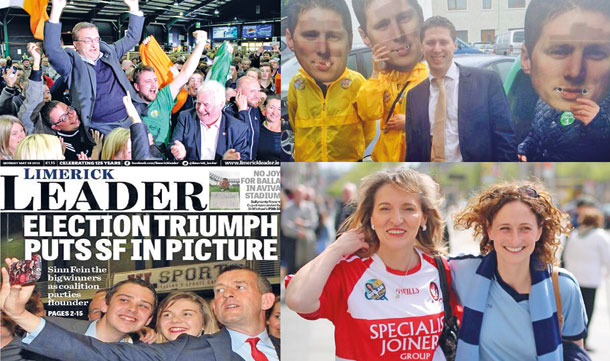 As presently constituted, the Irish state is incapable of change. This is evidenced by the continuing litany of acute social issues covered up and unresolved, and in the way the severe economic collapse was foisted on the most vulnerable in society and the poorest people were punished by the imposition of austerity.

The governing elite — the wealthy, the professionals, the senior civil servants and their political representatives — remain in power despite the destruction wrought by them, their associates and their policies.

A whole new political dispensation is required that is much more than the revolving of government between political parties. In this context Sinn Féin has much to offer.

Given Sinn Féin’s experience and evolution over the past three decades, it has very different perspectives on fundamental values such as justice, equality, participation and rights.

In a more immediate way it has been involved in an alternative form of governing in the North; it is dealing with legacy issues arising from conflict that can inform a wider policy and has an international reputation and connections unlike any other political party on this island.

It is an outsider to the cosy political apparatus that has governed since the foundation of the state. This offers a positive agent for change. 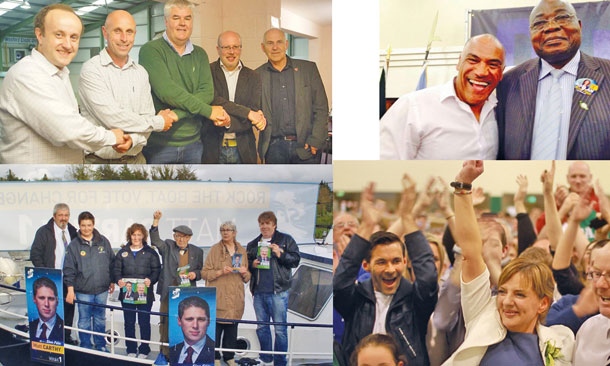 Undoubtedly, the attraction will be to concentrate on consolidating the electoral victory and preparing for the next general election with the prospect of entering government; however, in the longer term, it would be preferable to build a real alternative capable of realising the vision set out at Bodenstown. This requires a more sophisticated approach which must also complement the electoral dynamic.

In effect this will involve the party members, the elected representatives and the leadership reaching out to, participating with and helping to shape and influence campaigns mounted by and involving civic society organisations, including trade unions, NGOs, community and voluntary sector entities and campaigning movements involved in working for rights around disability, equality, language, gender, minorities and the broad spectrum of campaigning issues.

In other words, to engage not as a passive recipient of people’s issues or as a route to build the party as other political parties do, but through genuine participation bringing the function and role of the party to the centre of the diverse range of current struggles aimed at securing justice and realising rights.

Implementing this approach involves a two-way process, entailing increased demands on party members to become active in relevant organisations and a willingness on the part of the wide range of activists who comprise campaigning organisations and movements to work with Sinn Féin as an integral part of achieving real change.

It is the effective integration between political activities and popular movements that will greatly enhance the capacity of Sinn Féin to offer a real alternative for government, not relying on deals with other parties but presenting a powerful and collective manifesto for change that can help to achieve the vision of a New Republic, a New Ireland.

David Connolly is writing here in a personal capacity