Time for trade unions to reconsider their links to Labour Party 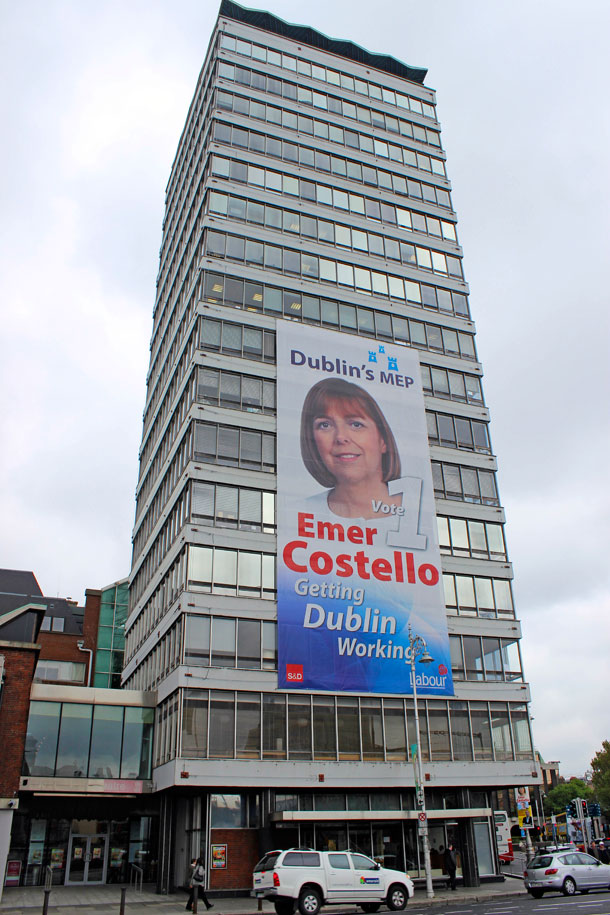 CONSTERNATION, bewilderment and anger has been evident among members of SIPTU – and the general public – when a banner endorsing Labour in the European and local elections was hung from Liberty Hall in the centre of Dublin.

SIPTU President Jack O’Connor has been outspoken in his criticisms of the austerity policies being pushed by the Labour Party in Government, and working-class people across the country couldn’t understand how O’Connor and SIPTU could endorse the policies they have been criticising so vigorously.

Saying one thing but doing another lies at the heart of the disillusionment with politics that is so widespread. It seems that, despite the evidence, many in the trade union movement are clinging to the illusion that they have some sort of link with Labour and that Labour has a link with them.

This, of course, dates back to the foundation of the Labour Party at a trade union congress in Clonmel in 1912.  James Connolly was one of those who argued that the unions should develop their own political party so that the political aims of the organised workers could be realised.

It is a very long time indeed since the Labour Party regarded itself as an extension of the trade union movement.  Today, while the Labour Party tries to downgrade (and even ditch) its union connections, accepting only their money and their endorsements, the question needs to be put whether it is not time now for the unions to sever that link and look elsewhere to further their political aims.

Parties like Labour will pay no attention to trade union arguments on economic and social policy if they can be assured that when the chips are down the money and the endorsements will continue to flow.

It would be wrong, of course, for the unions to have no political programme, but with Labour so consistently opposing union policies, blind adherence to that party is shackling the unions to their enemies  — for, yes, Labour under Gilmore, Rabbitte and Quinn has joined the enemies of organised labour. 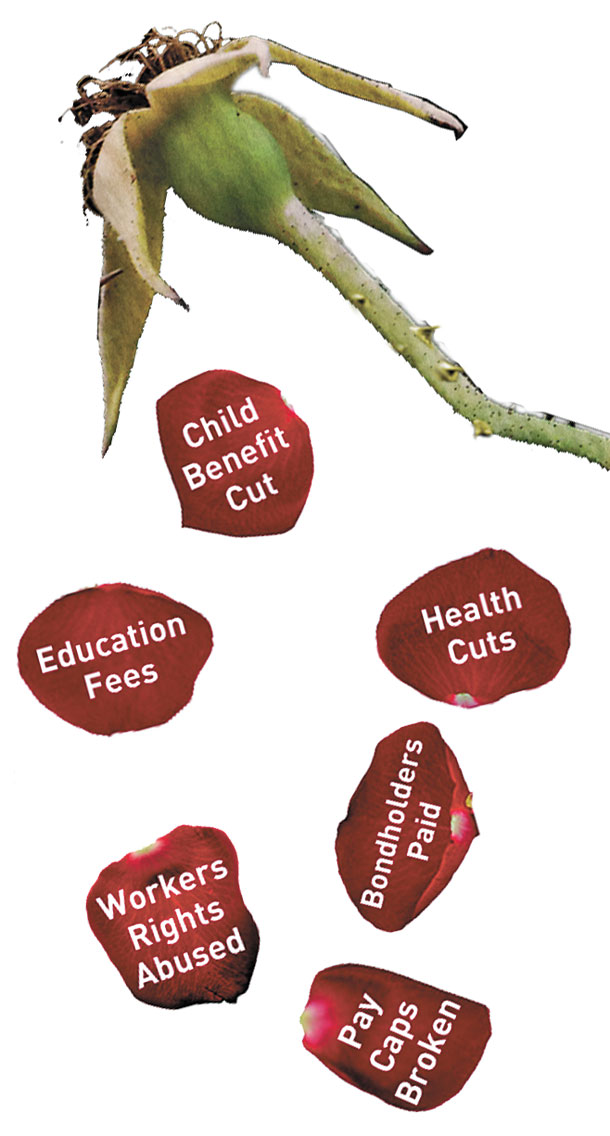 While taking the name of James Connolly in vain (Labour doesn’t in practice adhere to a single aspect of Connolly’s Marxist and republican outlook), Labour is totally subservient to the EU’s big banker strategy, dismissive of the need to place the interests of the working class in the first place.

The union movement does, however, need a political outlet. It’s not a question of just jumping from one political association to another but rather the unions should pick and choose the political programmes they will support as circumstances dictate.

This means setting up political committees within each union that can recommend backing parties and candidates to the extent that their policies conform to those of the union.

If this were organised democratically (that is through open transparent debate on options and alternatives) it could help to generate a wider participation of workers in developing political programmes and policies.

And what of the genuine socialists and working-class activists in the Labour Party? Such is the degradation of that party today that it is hard to argue that any such elements exist – but they do.

For Labour to be won back to play any progressive role for working-class people, it needs to be comprehensively defeated in its current political expression.  Only when Labour has paid the price at a general election for its betrayal of the working class (and its betrayal of the trade unions and their members) can there be any hope of rebuilding a Labour Party that can take its place alongside those other parties, like Sinn Féin, which are actually fighting for workers’ rights.

All the signs are that Labour will pay that price but that strengthens the need for workers to find another political expression.

Labour’s defeat will take place at the ballot box but the trade union movement now needs to reassess its connection to the party that has betrayed them. And disaffiliating from Labour is the right step to take to strengthen the unions’ political role and expression.

Of course, just disaffiliating and replacing it by no other political structures would marginalise the organised working class even more, so disaffiliation must be pursued in the context of rebuilding an active trade union connection to politics.

If the offensive banner hung from Liberty Hall during May’s election campaign brings that debate to the fore, then perhaps it wasn’t a bad thing in all.