30 years ago: Attempted assassination of Gerry Adams by UDA 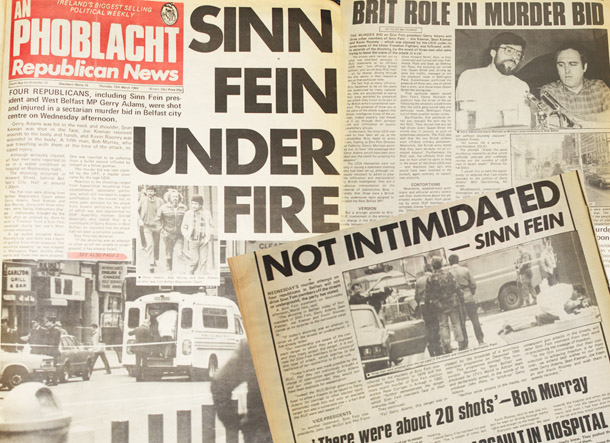 An Phoblacht's Hilda MacThomas responded saying that "wholehearted condemnations are, it seems, reserved for UDR soldiers, British soldiers and RUC men killed by the IRA".

14 MARCH marks the 30th anniversary of the 1984 attempted assassination of Gerry Adams and four other leading Sinn Féin members in Belfast by the Ulster Defence Association (UDA).

As a car containing Sinn Féin members including Gerry Adams left Belfast Magistrate's Court another vehicle pulled alongside them and three gunmen opened fire. Gerry Adams was shot in the neck and shoulder, Seán Keenan in the face, Joe Keenan in the body and hands, and Kevin Rooney in the body. Bob Murray was the only person in the car to escape without injury.

The republicans were in Belfast facing charges of obstruction after the RUC attempted to remove an Irish tricolour from a Sinn Féin election cavalcade. 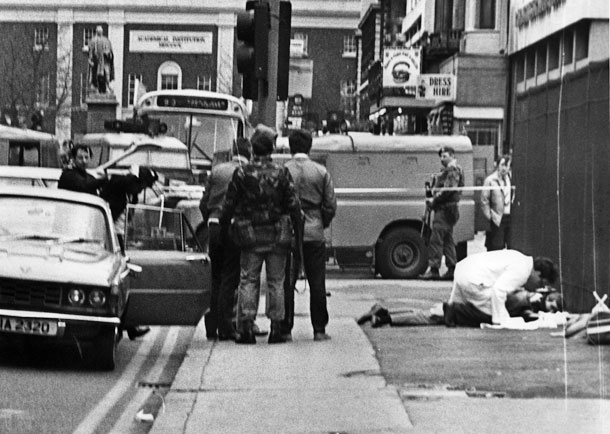 The three loyalist death squad members who carried out the attack were arrested shortly afterwards by 'off-duty' RUC and British soldiers. One of the UDA gunmen accidentally shot himself in the foot during the escape attempt.

The fact that so many off-duty British personnel were in the vicinity immediately raised the possibility that British Intelligence were aware of the attack and were prepared to let it go ahead.

Following his release from hospital later that month, Gerry Adams said it was "quite obvious that British Intelligence were aware" of the operation and that "they wanted myself and my comrades out of the way".

DUP Stormont Assembly member George Seawright - who would later be revealed to have been a UVF member - expressed regret at the time that Adams had not been killed. The UUP and the British Government remained tight-lipped while Will Glendinning of the Alliance Party used the attack to remind voters he was "totally opposed to the politics of Gerry Adams".

An Phoblacht's Hilda MacThomas responded saying that "wholehearted condemnations are, it seems, reserved for UDR soldiers, British soldiers and RUC men killed by the IRA". 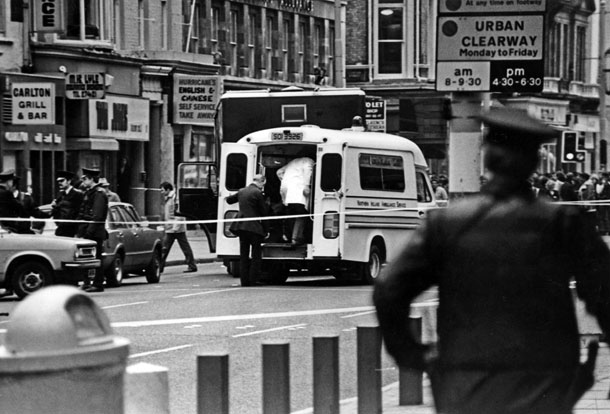 • Ambulancemen remove the victims of the shooting in Belfast City Centre, where Sinn Fein leader Gerry Adams was wounded on 14 March 1984 by pro-British gunmen

"If the shooting was an attempt to drive us off the streets or underground, it has already failed."

The party said such attacks were a constant danger, and that it was a testament to Sinn Féin that they continued their work despite such threats.

Vice-President John Joe McGirl told An Phoblacht at the time:

"Neither snide attacks in the media, nor consequent gun attacks in the streets, will deter Sinn Féin members from their work in proclaiming the message of freedom." 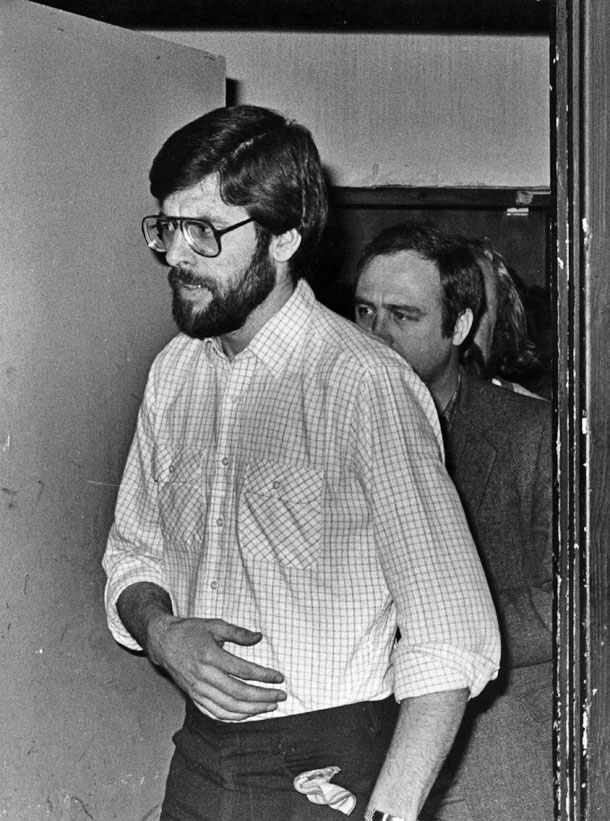