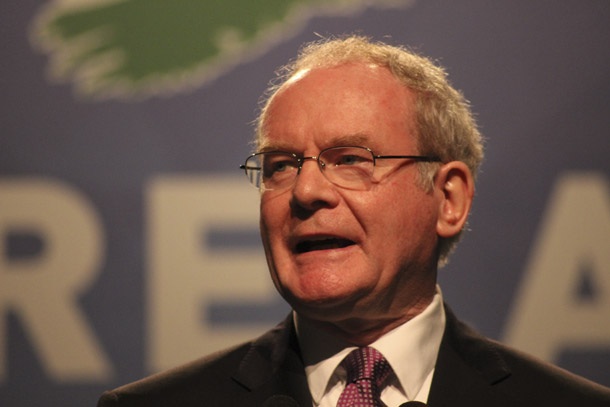 ‘Are unionist leaders up for cutting a deal on the basis of their own mandate? Or is agreement on all our futures subject to the whim of the Orange Order, extreme loyalism, or mavericks who shout the loudest from the sidelines but hardly have a vote to their name?’

MARTIN McGUINNESS, joint First Minister in the North’s Executive government, used his keynote address at the Sinn Féin Ard Fheis in Wexford on Friday evening to make a direct appeal to the broad unionist community.

“To ordinary unionists out there – who believe in the Peace Process, who want to see a better future built for our children – make your voices heard and embolden your political leaders to do the right thing and build a shared future together on the basis of equality and respect.”

Focusing on the inter-party talks concluded under the chairing of Richard Haass and Megan O’Sullivan last December, the most senior Sinn Féin figure in the North pointed out that there are parts of the final Haass document that republicans are uncomfortable with. Nonetheless, the Haass proposals as they currently stand represent a huge missed opportunity if they are not accepted by all the parties.

“We approached the discussions in a positive way. We want to resolve these issues for all in our community.

“Two months on from when the proposals were published, one big question remains unanswered and it is fundamental to moving forward.

Is political unionism up for doing a deal or not?

“Are they up for cutting a deal on the basis of their own mandate? Or is agreement on all our futures subject to the whim of the Orange Order, extreme loyalism, or mavericks who shout the loudest from the sidelines but hardly have a vote to their name?”

He emphasised that time is short to conclude this process.

“We stand ready to move forward on the basis set out in Haass. But we will not be entering into a renegotiation or a dead-end process aimed at kicking these issues beyond the May elections. The time has come for unionist politicians to stop dancing to the tune of the Orange Order and their extremists. 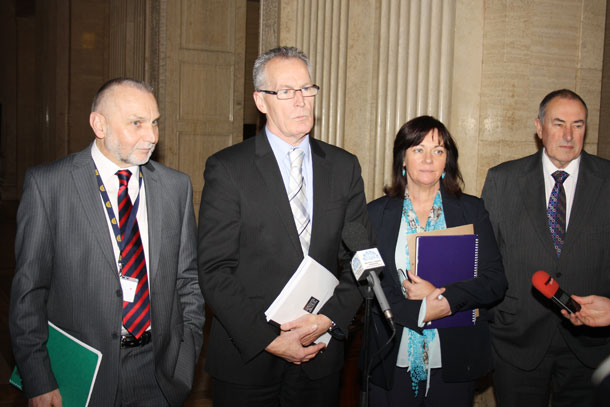 The former IRA figure said that Sinn Féin believes that support for a united Ireland must be built through engagement, persuasion and agreement throughout Irish society.

“This can only happen through peaceful and democratic means.”

He welcomed public expressions by those the media have dubbed ‘dissident’ republicans of a rethinking of their actions.

“Militarist actions by a few small groups will only set back the progress being made towards a united Ireland. They should stop their activities immediately.

“The growing public expression among some anti-Peace Process republicans against armed actions is to be welcomed. I have been strongly of the opinion that political leaders must engage in dialogue with everyone, including those in groups involved in violence.

“I restate our willingness to engage with these groups and without preconditions.”

The joint First Minister made evident his frustration that the potential that exists for the political institutions has not been fully realised.

“I think that much of the goodwill generated by the agreement reached between ourselves and the DUP which saw the institutions established has been squandered as the result of a very deliberate strategy by some within that party who were uncomfortable first with the notion of sharing power with Sinn Féin and secondly at the relationship which developed between Ian Paisley and myself.

“At a time when we should have been accelerating forward and leaving the opponents of the process in our wake, some within the DUP sought to apply the brakes as they stood time and again with the rejectionists and those opposed to power-sharing. That was a huge mistake.

“But there are senior people in the DUP – and I believe throughout political unionism – who know that our political institutions are the only show in town. They know and recognise the reality that we have transformed the situation the North.”

Despite the difficulties, the Mid-Ulster MLA said, the Executive has “delivered positives for many people” across the North, including on jobs and attracting overseas investment, education and blocking water charges and an increase in student fees.

“We are opposed to the efforts of the Tory Government in London to disadvantage the most vulnerable in our society.”

But the good work is often overshadowed by the negativity, Martin McGuinness lamented.

“Sensible people within unionism recognise this.

“They know and recognise that we have the potential to deliver much more. They, I believe, want to do deals and make agreements with Sinn Féin.

“These people are genuine partners for peace and genuine about wanting to build a better future for our children. They are held back by the negative forces within unionism. They need to break free of the naysayers and lead from the front.”

Martin McGuinness pledged his commitment to continue to work with those unionists who want to see progress, to consolidate the Peace Process “and turn the political process into one which is solely about delivery not survival”.

“The starting point must be to honour those agreements already made; to deliver fully on the Programme for Government; to sort out difficulties around the table with the other parties (and not in intra-unionist forums);  to embrace partnership and equality.

“We can unleash the true potential of our people if we can see progress on these age-old issues and unite behind the common goal of building a better future for our young people.” 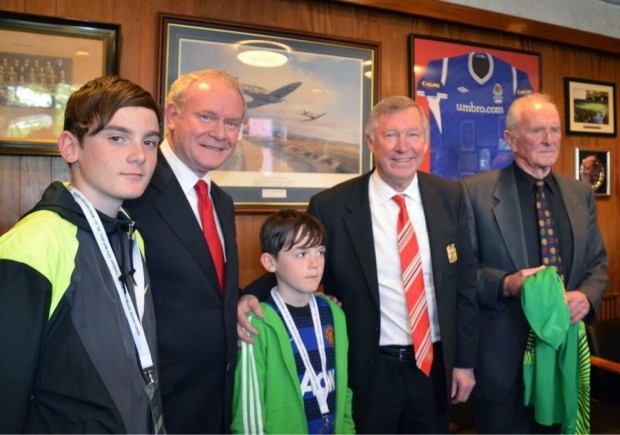 The former candidate for President of Ireland said that in his travels all across Ireland he experiences goodwill and optimism in the many communities he visits,

“I believe that our people are way ahead of their political leaders.

“We need to tap into the reservoir of goodwill, of optimism and of belief in the future and we need to do what we were elected to do – lead.

“Nobody will find Sinn Fein or myself wanting if they meet us on the basis on solving problems and overcoming challenges.

“Our record over many years speaks for itself.

“None of the issues which currently face the Peace Process is insurmountable. So let us refocus in the next few weeks and grasp the opportunity presented by the Haass proposals and take the next step forward to a new and better future.”