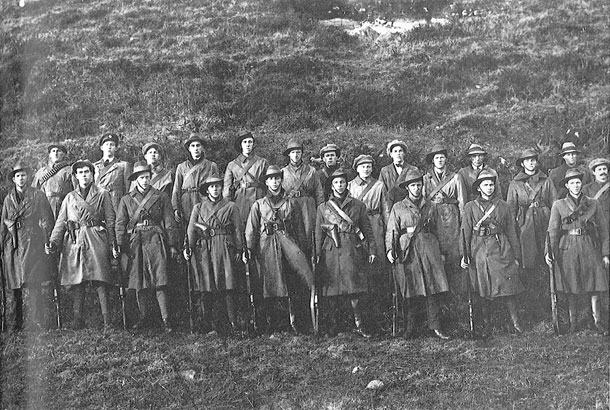 Gems of information combined with superb selection of photographs, many from unpublished sources

War in the Shadows: The Irish-American Fenians who bombed Victorian Britain

WHEN one thinks of the Fenians, one automatically thinks of 1867 and the uprising that took place in the aftermath of post-Famine devastation. Fewer people will remember the Fenian bombing campaign in Britain but, if it is recalled, it too will tend to be grouped together with the 1867 campaign. There may even be a recognition that Irish-Americans had something to do with the Fenians but it’s all probably a bit vague.

A reading of Dr Shane Kenna’s masterly book will change all that.

It explains in clear terms the different phases, splits, campaigns and betrayals of the Fenian movement after the failure of the 1867 rising. It focuses in particular on the bombing campaign in Britain from 1881 to 1885. Unlike any previous campaigns, this one was planned and commissioned in America, using Irish-American  operatives armed with the latest developments in explosives and timers to undertake operations exclusively in Britain. 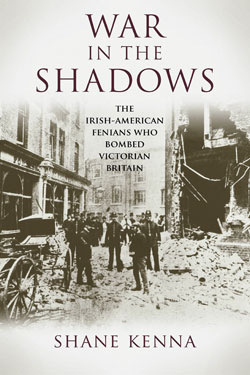 Following the failure of 1867, captured Fenians who had been jailed were offered amnesty in 1870, with one unusual condition to their release: they had to spend the remainder of their sentences outside Ireland. America was the favoured destination, meaning that a nucleus of political activists was suddenly injected into a large diaspora  already radicalised by the twin traumas of the Famine and the American Civil War. The latter was of critical importance as it  changed the notion of what was a legitimate target to include infrastructural destruction, with inevitable civilian casualties, as tactically and morally acceptable.

The list of targets attacked is startling: the Westminster parliament at the House of Commons; the Tower of London; London Bridge; various key rail stations, including Victoria, Paddington and Charing Cross; underground trains; several army barracks; and the destruction of police headquarters at Scotland Yard.

It is interesting to note that the current address of the Metropolitan Police is ‘New Scotland Yard’ simply because the Fenians blew up the old one! Similarly, what is now known as the “Special Branch” was originally set up to combat the Fenians as the “Special Irish Branch”.

This is a superb book charting a clear path through a mix of daring escapes, labyrinthine intrigue, petty jealousies on all sides, courage and betrayal. The varied strands of the story are too numerous to list here; just get the book.

Revolution in Connacht: A Photographic History 1913-1923

CORMAC Ó COMHRAÍ’S new book charts the history of revolution in Connacht from the founding of the Irish Volunteers to the end of the Civil War.

In a departure from many other accounts of the period, this one is copiously packed with photographs which are of equal, if not greater, importance than the narrative text which accompanies them.

Many of the photographs are from unpublished sources and will not have been seen before. 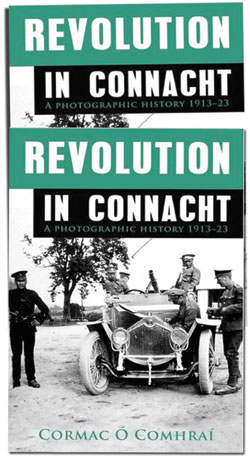 All the photos serve to convey a real feel for the individuals involved and a heightened sense of time and place of the events depicted.

The text too is far from the usual chronology of events and sketches of individual protagonists. There is a treasure trove of informative nuggets contained in the commentary.

The rivalries between Volunteers based in flying columns and those based in towns is something not often mentioned in books on this period. The columns felt that they were doing all the work and carrying the struggle while the Volunteers in towns were often left weaponless to face reprisals and attacks in the wake of flying column actions.

Mention is also made of soldiers of the Argyll and Sutherland Highlanders regiment who marched through Galway City in protest at the actions of the Auxiliaries and Black and Tans. In addition, the Scottish soldiers threatened retaliation against the Auxiliaries if violence against civilians continued. A sergeant in the regiment went further and passed information to people he felt to be in danger from crown forces.

This book contains many such gems of information which were probably well-known at the time but which have certainly been overlooked in many of the subsequent histories. These, combined with the superb selection of photographs, make this an essential record of the republican struggle in Connacht presented in an easily accessible form.

Revolution in Connacht will appeal to anyone with even a passing interest in the period, and not merely a niche purchase for Western republicans.