The labour movement is the key to changing the system 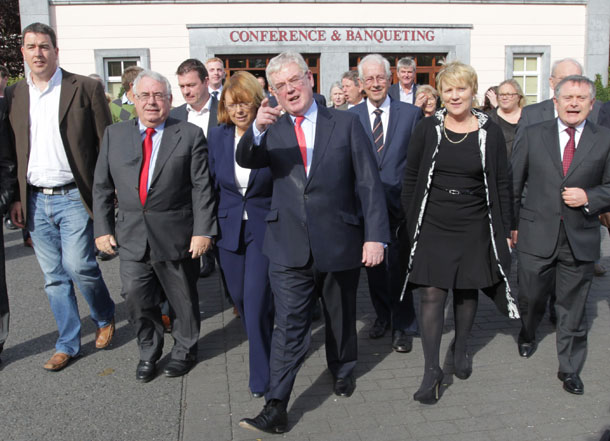 The labour movement is not the Labour Party; it is the organised force of workers in trade unions, residents’ and tenants’ associations, community groups and other organisations of working people for advancing their own specific interests

When will the organised labour movement flex its muscles and break with the stranglehold of austerity that its association with the renegade Labour Party has imposed upon it?

THE Irish people are reeling almost daily from new and ever more outrageous revelations about the way the people at the top look after themselves and their mates in the Central Remedial Clinic (CRC) in Dublin and other public bodies while the rest of us suffer the dire results of austerity.

But the real question is how to put an end to this nonsense; and, more fundamentally: when will the organised labour movement flex its muscles and break with the stranglehold of austerity that its association with the renegade Labour Party has imposed upon it?

What he meant was that the workers could not break the power of local capital without breaking the power of Britain to determine our political and economic future. Also he meant that Irish freedom couldn’t be won unless it included the liberation of the working class and unless that class took a leading role in the fight for freedom.

Remember: the labour movement is not the Labour Party; it is the organised force of workers in trade unions, residents’ and tenants’ associations, community groups and other organisations of working people for advancing their own specific interests.

For too long, however, this movement has been politically neutered, conditioned into accepting the leadership of the middle class and hijacked by Labour Party politicians to being a source of finance and personnel for the political games of that party’s leadership as they advance their personal careers while selling out the workers they claim to represent.

At the moment, the Labour Party is attempting to lay the blame for the CRC outrage on Fianna Fáil, and that party does indeed bear a burden of shame for the  ‘I scratch your back; you scratch mine’  principle by which public service has been regarded as just another course of personal enrichment. 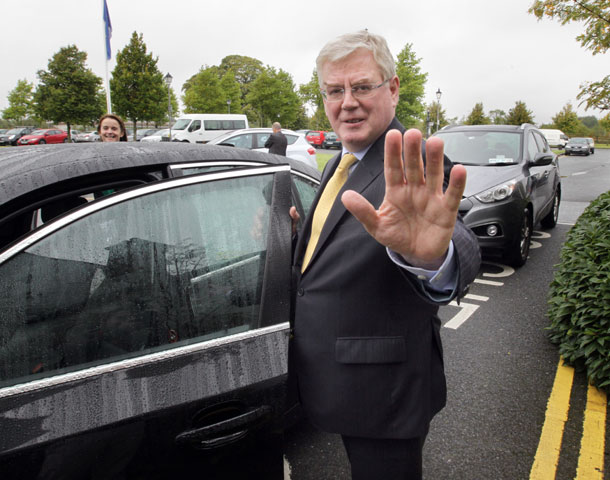 But this current scandal occurred on the Labour Party’s watch. To try and pretend that the Health Service Executive did not know that private monies (in this case raised by charitable donations) were used to top up official state-sanctioned salaries is laughable.

Of course they knew, and the nod and the wink allowed it all to continue. Just it suits the politicians now to make an example of the CRC, while the Government’s backers in Goldman Sachs and the AIB continue on their merry way with no sign of Labour Party concern.

This pretence takes the form of claiming that we practise a special crony capitalism unique to Ireland. But this is a travesty. Just look at England where there is an ongoing major row about bankers in nationalised banks paying themselves “performance bonuses”.

No, it’s not crony capitalism and it’s not unique to Ireland. It’s the inevitable consequence of a system that gives the rich the power to run everything, and no surprise that they run it for their own benefit.

Sinn Féin has rightly identified the need for a different way, a way that places the biggest burdens on those most able to bear them, that puts incomes and opportunities on a more equal basis, and that challenges the whole rotten system.

But Sinn Féin cannot do it on its own.

If workers wait patiently on the sideline for someone else to change the system that change will never happen.

It must be fought for in the unions, the residents’ association and community groups.

And we must face down the dishonest criticism of the ultra-Left who denounce Sinn Féin in the North for not implementing socialist economic policies, when such policies can only be implemented when Britain no longer has the power to dominate our political and economic life in a system inherited from Westminster.

The key to that, of course, is to win the Protestant working class away from their illusions of labour aristocracy and show what the South can achieve when the real labour movement wakes up and fights.