No family left behind – Another View

The recovery being talked about in Government Buildings is one leaving the majority coping with rising costs and debts, falling income and crumbling public services 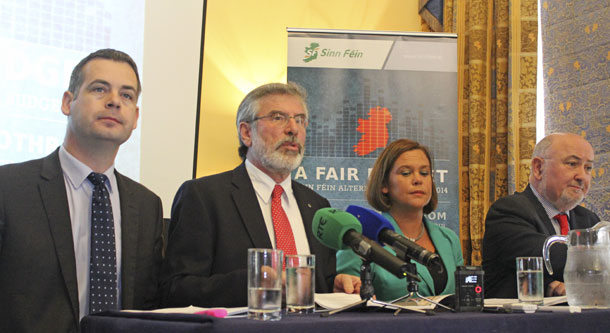 THERE IS a recovery – OF SORTS – beginning to take shape in the 26 Counties.

The state has exited the Troika bail-out. The Government has re-entered the bond markets. And the number of jobs in the economy is starting to grow, albeit at a very slow pace.

Some in government are talking these changes up, telling anyone who will listen that the age of austerity is coming to an end. Others are more cautious, talking about light at the end of the tunnel but warning that there is still more pain to come.

What we are seeing is the start of a recovery . . . but only for some.

So don’t be fooled. This recovery won’t trickle down to the majority of people struggling to get by under the weight of Fianna Fáil, Fine Gael and Labour austerity.

It is a recovery that is predicated on growing poverty and inequality in our society and the asset stripping of our public services and utilities.

It will be a recovery of winners and losers.

The winners will be the top 20% of income earners alongside large corporations and investment groups; the losers will be the remaining 80% of the population and small and medium-sized indigenous businesses.

The figures speak for themselves.

In three consecutive studies, the Economic and Social Research Institute have exposed the deeply unfair impact of Fine Gael and Labour’s austerity Budgets. Since 2011, lower-income groups have borne the brunt of the spending cuts and extra taxes.

Fine Gael and Labour have managed to design Budgets even more unfair than their Fianna Fáil predecessors.

The consequence is increasing relative and consistent poverty and deprivation as recorded in the annual Central Statistics Office EUSILC survey.

One of the tragic ironies of the Fine Gael/Labour administration is that the Government that enshrined the rights of the child into the state’s constitution is also the government that has presided over the largest increase in child poverty for decades.

Even those lucky to be in work are not immune as one in seven of those families at risk of poverty are in employment.

Thanks to Fianna Fáil, Fine Gael and Labour, a quarter of the population of the state are now officially deprived.

This is no accident. It is not an unfortunate or unavoidable result of the economic crisis.

It is the direct result of the social and economic model being implemented by Governments since the crisis began in 2008.

The logic of this model is very simple and very damaging to the long-term social and economic development of the state. 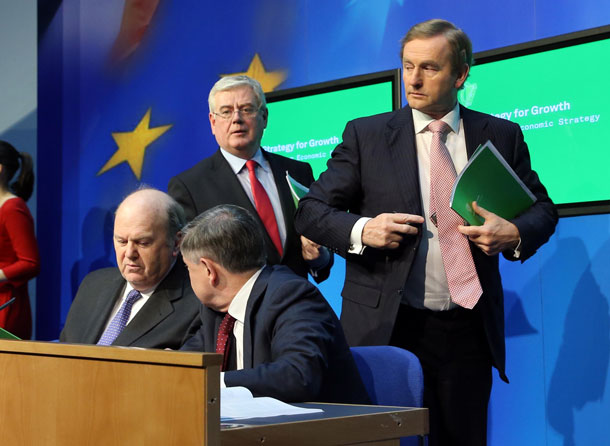 In order to generate economic growth the Government has decided that wage levels and business costs must be kept at a minimum. Tax on corporations and company executives must also be kept low.

All other social and industrial policy objectives must take second place to attracting foreign direct investment and facilitating export growth in the large corporate sector.

Meanwhile, the Government is trying to tackle the public deficit and debt caused by socialising the cost of the banking crisis. As corporate and executive tax can’t be touched, the cuts must come from Government spending and the tax hikes must be shouldered by low-income and middle-income families.

This is the real meaning of austerity.

In turn, the domestic economy (the largest employment sector in the state) continues to struggle. Less money in the pockets of ordinary people means less money spent in the local economy.

The result is a two-speed recovery, for families and for businesses; growth (increased profits and wages) for the lucky few while the rest of us are abandoned to a decade of economic stagnation.

The Government’s own economic strategy prevents it from investing in economic and social recovery for all. Some headline figures may prove comforting for Government ministers and backbenchers but only if they shut their eyes to the social cost of the policies that they have chosen to implement.

The recovery being talked about in Government Buildings today is not a real recovery.

It is not a fair recovery.

It is a recovery that will leave the vast majority of families behind, coping with rising costs and debts, falling income and crumbling public services.

Sinn Féin, as demonstrated in our Alternative Budget proposals, stands for a recovery in which no family is left behind.

Sinn Féin is for a social and economic recovery whose success is determined by the well-being of the poorest in our society, not the interest rates on the international bond markets or the editorials of Forbes business magazine.