‘Is 1914 to be the Home Rule year? I do not know, but I know, orthink I know, that it is to be the Volunteer year’ – Pádraig Mac Piarais writing in The Irish Volunteer

THE Irish Volunteers – Óglaigh na hÉireann – were founded in November 1913 and grew rapidly across Ireland in the subsequent weeks and months.

In an appeal for financial support issued in December, the Provisional  Committee of the Volunteers stated that they were the nucleus of a national army and “will be an arm and a possession of the whole nation, the focus of its defence and the necessary guardian of its liberties both now and hereafter”.

As well as providing arms and equipment, one of the priorities of the Provisional Committee was to spread the message of the Volunteers and ensure communication between headquarters and the growing number of units throughout Ireland. For this purpose, a weekly newspaper was established. It was entitled simply The Irish Volunteer – Óglach na hÉireann. The first issue appeared on 7 February 1914. 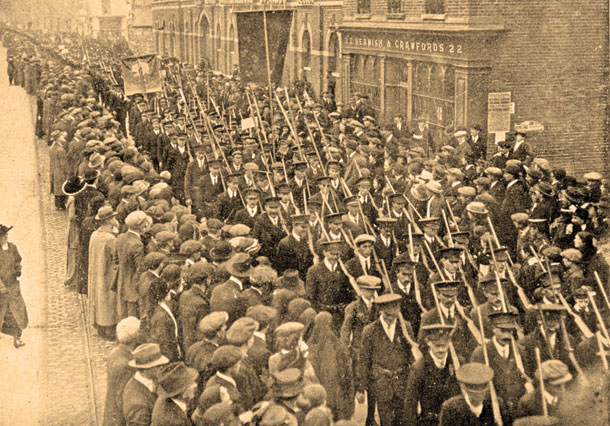 The front-page article was a rallying call to the growing movement. It said that the first issue of the paper was devoted mainly to Volunteer propaganda and that future issues would provide practical help to Volunteers with articles on training and equipping the force. The Volunteer leader Eoin Mac Néill wrote that “the government of Ireland, since it was taken over by the British Parliament, has always been a mixture of force and corruption”. Mac Néill was very much the public face of the Volunteers, being the best-known member of the Provisional Committee.

From the beginning, the more radical leaders were coming to the fore. The first issue of the paper had a piece by Pádraig Mac Piarais (P. H. Pearse), a long-time colleague of Mac Néill in Conradh na Gaeilge (the Gaelic League). In his article, Mac Piarais argued that the Volunteers arose directly out of the work of the League. He wrote: 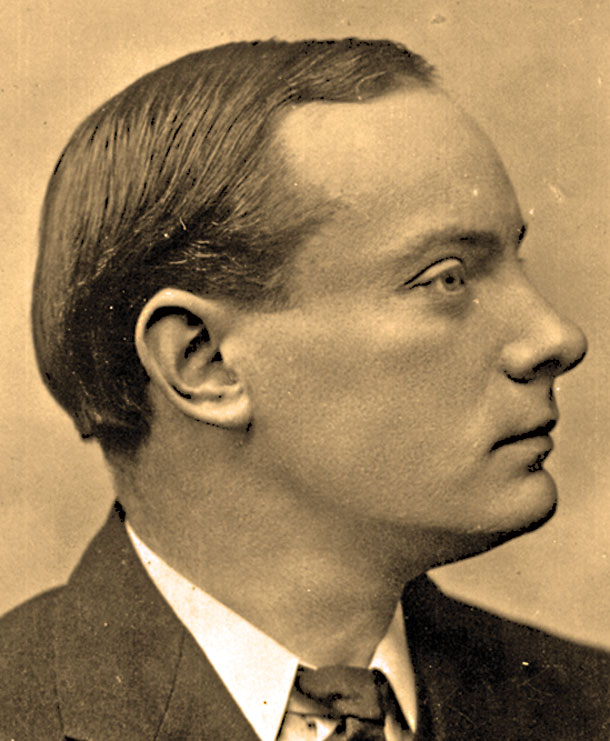 There was an article and a poem by Joseph Plunkett and an article by Éamonn Ceannt, both of whom, with Pearse, were executed in 1916. At this time, Roger Casement had not long left the British diplomatic service and was devoting his life to the struggle for Irish freedom. Casement wrote  a piece urging separate Irish participation in the Olympic Games which were scheduled for Berlin in 1916. He urged the Volunteers to mark the 900th anniversary of the Battle of Clontarf in April 1914.

The first issue begins a regular feature on ‘Progress of the Movement’ that continues throughout 1914. There are accounts of recruiting meetings in Monaghan, Longford, Kerry, Cork, Tipperary, Tyrone, Derry, Westmeath, Mayo, Wexford, Limerick, Galway and Donegal. There is a list of a dozen locations in Dublin where Volunteers are drilling.

In the second issue, Arthur Griffith describes visiting a Dublin drill hall and finding that four times as many men turned up as the hall could accommodate.

In early 1914, the British Government was already hatching its plot to partition Ireland. In issue number 4, The Irish Volunteer  declares that “at any price the national integrity of Ireland must be maintained”.  In the same issue Éamonn Ceannt announces that “this is a democratic movement so no one need wait for a lead from the rich or from the great”.

• The first issue of The Irish Volunteer – Óglach na hÉireann appeared in February 1914, 100 years ago this month. 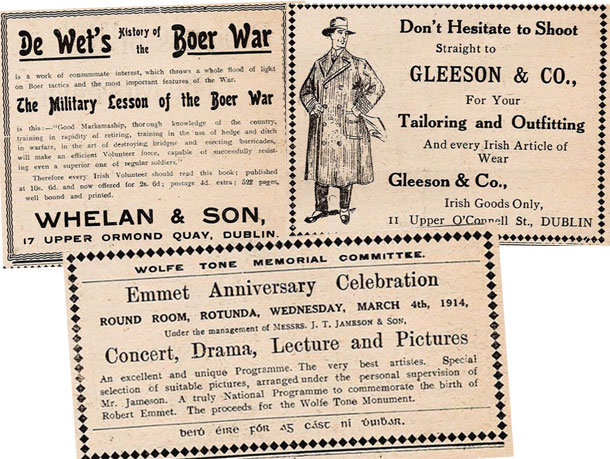