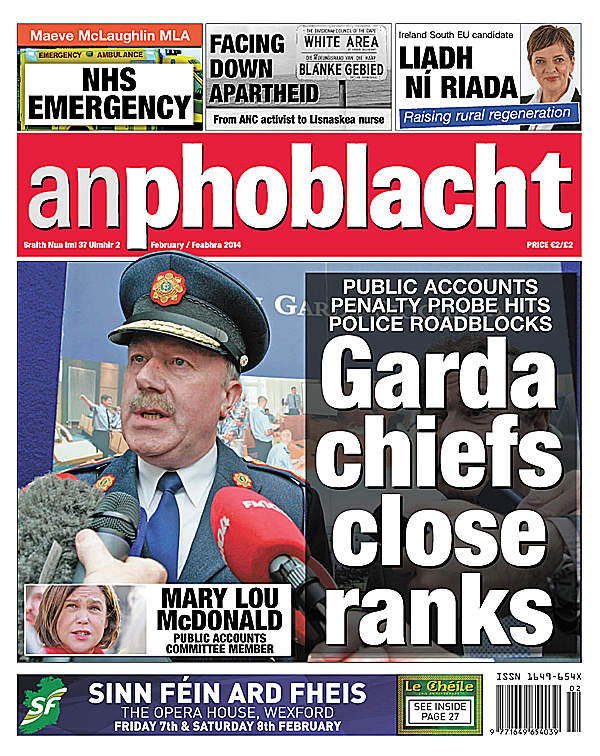 There is ‘no fear or favour’, Mary Lou McDonald said, in getting value for money for the taxpayer

THE Oireachtas Public Accounts Committee probe into claims by Garda ‘whistleblowers’ that motorists had their penalty points ‘fixed’ by senior officers who quashed them was in doubt after dramatic interventions by Garda Commissioner Martin Callinan and Justice Minister Alan Shatter.

The Justice Minister referred the allegations on Monday 27 January to the Garda Ombudsman Commission watchdog — more than a year after the affair became public.

Irish Times analyst Arthur Beesley wrote on Tuesday 28 January that the Justice Minister’s move to empower the Ombudsman to investigate complaints made directly to it by gardaí “seems like an obvious move [but] begs the question as to why it did not happen sooner”. He continued:

“The Garda authorities insist their own inquiries have found there was no wrongdoing. However, questions about the credibility of gardaí investigating gardaí persist.

“It was, of course, open to the Minister to send in the Ombudsman at an earlier date. This he signally did not do. His intervention came only in the face of turmoil within the PAC over breaches of its legal remit and the prospect of court action by the Garda Commissioner against the committee hearing evidence next Thursday from a serving Garda sergeant.”

It was a point made earlier by Sinn Féin Justice spokesperson Pádraig Mac Lochlainn TD.

He wondered why it had taken the Justice Minister 14 months to refer the penalty points affair to the Ombudsman Commission but “only took him a handful of days to recommend an investigation into the whistleblower — I must question why it has taken so long for this to happen”.

The Donegal deputy pointed out:

“There has been a cry for an independent inquiry for well over a year.  The Oireachtas Petitions Committee, which I chair, asked for this issue to be referred to the Garda Ombudsman Commission last year and I have called for this on countless occasions in the Dáil.

“It is plainly obvious that this issue needed an independent investigation.”

Mary Lou McDonald told Newstalk radio’s Pat Kenny Show after the Justice Minister’s move that it seemed a decision has been taken within Government under the guise of protecting the integrity of the PAC “to essentially stymie or perhaps even shut down entirely the work that we’re doing”. She said it was “beyond bizarre for the simple reason that the PAC has operated effectively, fairly and in a non-party political way”. 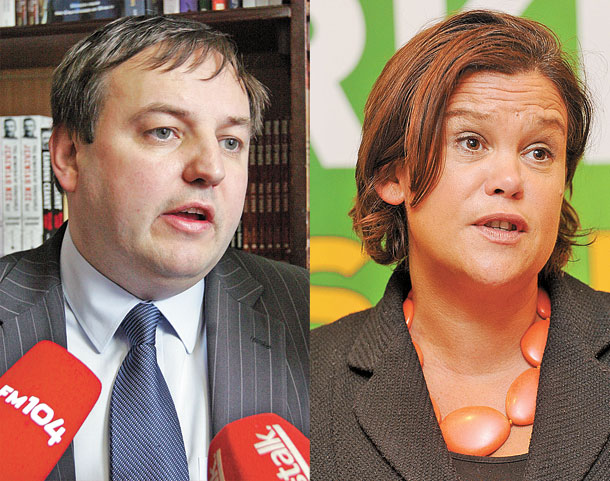 There is “no fear or favour”, the Dublin TD said, in “following the money trail” in the spending or loss of taxpayers’ money and getting best value for the public. She has insisted that the whistleblowers must be afforded the opportunity to state their case and be questioned before the PAC.

Mary Lou McDonald was quite clear that she accepts that any issue of a disciplinary nature or that strayed into allegations of corrupt or criminal activity by Garda members was beyond the scope of the PAC.

Justice Minister Alan Shatter also criticised unnamed PAC members over comments they have made on the issue in response to media interviews. He told Newstalk’s Breakfast show on Tuesday 28 January that he doesn’t think the PAC is the place to inquire into the allegations.

The referral to the Garda Ombudsman Commission by the Justice Minister came after Garda Commissioner Martin Callinan told the PAC in a face-to-face meeting the previous week that he personally found the whistleblowers’ “extraordinary, serious allegations” to be “quite disgusting”. The Garda Commissioner told the PAC he would be taking legal advice with the clear intention of preventing the appearance of two Garda whistleblowers (“subordinates”) before the PAC.

“It goes without saying I would have to take legal advice,” the Garda Commissioner told the PAC, adding that it was his personal view that serving or retired members of An Garda Síochána “should not be coming into this forum and use this platform to discuss matters of such importance, particularly in the context of serious and criminal allegations that have been made”.

The PAC met in closed session on Tuesday 28 January to take its own legal advice on the situation.

As An Phoblacht went to press, the PAC meeting was deadlocked with Government TDs resisting an invitation to a serving Garda whistleblower to give evidence on Thursday 28 January. Mary Lou McDonald and Shane Ross sought to break the log-jam by calling for a vote, prompting an adjournment. Government TDs then acceded to the invitation ‘by consensus’. PAC members were told a hearing with the whistleblower was a political decision. The hearing was agreed to be in private with legal advice that the whistleblower could not name names and would be restricted in what he could say and what he could be asked. 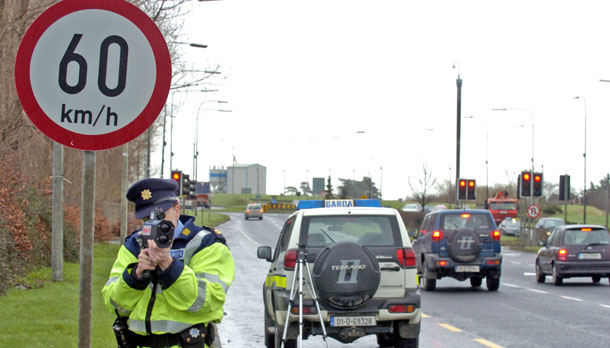