Dublin Tenements: As told by the people who lived there 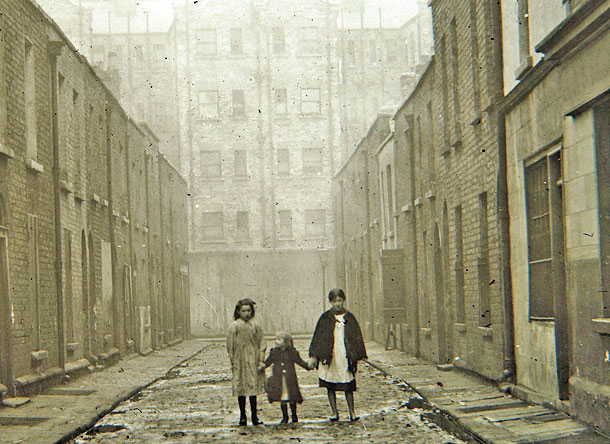 THE publication of Dublin Tenements by Terry Fagan and the North Inner City Folklore Project is an important event not just for the residents of the inner city communities but also for those who want to better understand the social  history of Dublin.

The book is compiled from interviews with over 40 people who lived in Dublin’s notorious tenements over seven decades, with the earliest resident interviewed born in 1916.

The detailed and often graphic descriptions of the atrocious living conditions that had to be endured is mitigated by a deep sense of community solidarity in grossly-overcrowded housing.

Most of those interviewed do not dwell on the difficult physical conditions but reflect on the severe challenges faced by their families: the scale of ill-health, the dominant position of the Catholic Church; the varied means, legal and otherwise, to earn a livelihood; the generally poor experience of school; the constant conflict with the law and the genuine warmth and enjoyment of friendships forged in the neighbourhood. 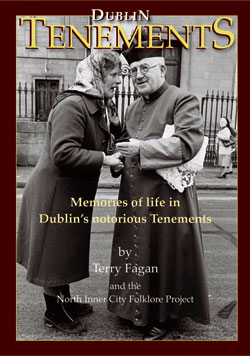 What is particularly informative are the testimonies that expose aspects of the lived experience that are unexpected. In many of the tenements, homeless people stayed on the stairwells and basements at night and were cared for by the residents.

In the latter years of the 1960s and 1970s, the surviving tenements were controlled by Dublin Corporation who oversaw their destruction and dispersal of the residents to public housing across the city. These memories are important also for the residents of these newer working-class communities, as for many of them this is a vital element of their family history.

Reading this book, one is struck by impressive stories of human endurance, creativity and resilience in the face of extreme adversity, but one is left with a deep anger at the unforgivable actions by public institutions that perpetrated these collective cruelties, a privileged  class that ignored them and an independent state that maintained these levels of inequality and injustice.

• Dublin Tenements by Terry Fagan and the North Inner City Folklore Project is available through Easons, bookshops and online at easons.com.