• The abandoned streets of the Priory Hall complex in Donaghmede

When Larry O’Toole and I approached Minister Hogan shortly after the Priory Hall evacuation and urged him to meet the residents, his first words were: ‘Would ye [email protected]%k off!’

IN OCTOBER 2011, I sat with a resident in one of the doomed Priory Hall apartments discussing the need for a public campaign in support of the families who were at that moment being evacuated from their homes.

Cars and removal vans were arriving and leaving on the road outside. They were moving out the victims of unscrupulous developer Tom McFeely – victims of planning laws which allowed developers to sell sub-standard and sometimes dangerous properties to people who needed homes during the grossly-inflated Celtic Tiger property bubble; and victims of local authorities and central government that abandoned them to their fate.

Not long after the evacuation I was at an event in Buswell’s Hotel, opposite Leinster House, with my Dublin City Council colleague, Larry O’Toole, another elected rep for the area. Environment, Community & Local Government Minister Phil Hogan was there. Afterwards, Larry and I approached him and urged him to meet the Priory Hall residents. “Would ye fuck off?” were the minister’s first words to us.

Little did we think that it would take two years, the tragic death of a Priory Hall evacuee and a national televised appeal from his grieving partner before the Government was finally shamed into doing what it should have done in the first place.

In the meantime, there were marches, protests, court cases, national and international media attention, a mediation process by a retired judge that ran into the sand and, through it all, a blank refusal by Hogan to do his job and resolve the issue. From day one, Hogan tried to hide behind ongoing court proceedings as an excuse for not meeting the residents and for not intervening. There was no legal reason to stop Hogan doing what he should have done from the beginning.

The failed ‘resolution process’ under former High Court judge Joseph Finnegan began in April 2012 and was still going on a year later. But the banks and other financial institutions were refusing to step up to the mark by cancelling the mortgage debt of the Priory Hall owner-occupiers and granting new mortgages, or transferred mortgages, on new homes.

On 15 July 2013, evacuated Priory Hall resident Fiachra Daly took his own life. His devastated partner, Stephanie Meehan, and their two children led mourners at the funeral in Howth. Despite her grief, Stephanie remained determined and spoke of the need to keep up the fight for justice. She sent a direct appeal to Taoiseach Enda Kenny and went through the trauma of appearing on the Late Late Show to tell her story. The callous actions of the bank in the wake of the death of Fiachra caused widespread anger. 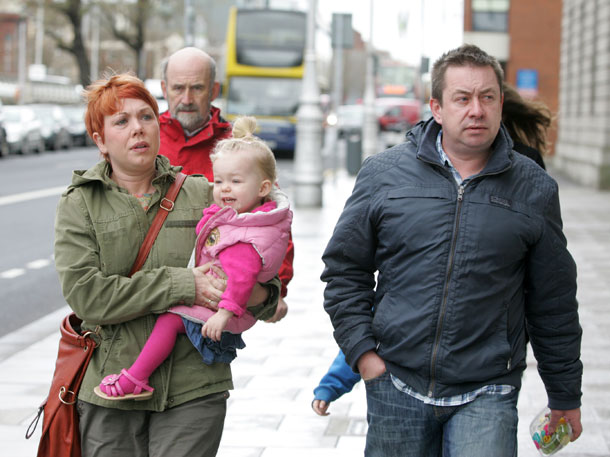 Finally, the Government was shamed into action. Apparently prompted by Kenny, Hogan announced a new short, sharp process to ensure new homes and no Priory Hall debt for the evacuees. Within the space of three weeks the banks had been faced down and on 10 October the residents announced that they were agreeable to the resolution:

“After a two-year battle, the former occupants are looking forward to moving on with our lives and to paying mortgages on new and safe homes. We can finally put Priory Hall behind us.”

In his Budget speech, Minister Brendan Howlin tried to claim Government credit for the Priory Hall resolution. On the contrary, it took a terrible tragedy, the death Fiachra Daly, to finally move the Government to do what it should have done two years ago. The residents had called for direct ministerial intervention at the time of the evacuation. It was the courage of Fiachra’s partner, Stephanie Meehan, on behalf of all the residents, which finally forced the Government’s hand. Only then did the Government put pressure on the banks which had so disgracefully obstructed progress for so long. (It is, incidentally, an indication of what could be done with the banks on wider issues if the political will was there.)

As the residents have said:

“Finally, we would like to thank Stephanie Meehan. A little over a month ago she made the brave decision to speak out about the death of her partner, Fiachra Daly. It was her strength and dignity that made this Government finally take notice of the national disgrace that is Priory Hall.

“The price she has paid is more than anyone should have to bear and every resident owes her a debt of gratitude we can never repay. We have no doubt that Fiachra is proud of her.”

The courage and determination and unity of purpose of the Priory Hall residents won out in the end. During two years of traumatic evacuation from their homes and deep uncertainty about their future, they remained strong and together in their fight for justice.

A small committee of young people, with no experience of campaigning, guided the process through to what we hope will be a final resolution. It was a privilege for me to work with them as a public representative. 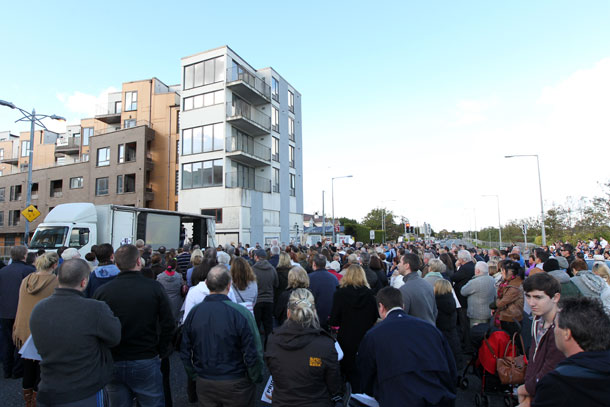