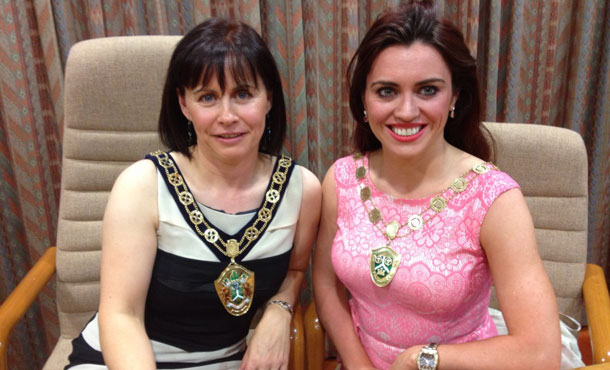 Sinn Féin holds the Chair of the four local councils in Tyrone: Omagh, Dungannon, Cookstown and Dungannon – ‘a testament to the strength of Sinn Féin in the county’

ANNE MARIE FITZGERALD has made history for Sinn Féin in Mid Tyrone by being elected first citizen of the Omagh District. And more history was made on Omagh District Council at the meeting when it elected two female councillors to the top two posts — Anne Marie as Chairperson and Omagh Town representative Sorcha McAnespy as Vice-Chair.

It’s the first time two women have held the top posts in any of the 26 local councils across the North and only the second time in the whole of Ireland that two females have held the reins. (In 2012, Donegal County Council had Sinn Féin Councillors Cora Harvey and Marie Therese Gallagher as Mayor and Deputy Mayor.)

Anne Marie, a paramedic by profession, has been a councillor for the past seven years. She took on the role after the tragic death of her father, Councillor Mickey McAnespie, representing the Carrickmore and Creggan areas in Mid Tyrone.

Married to Kevin (Bill) Fitzgerald and mother to her two daughters, Aoife and Cloadgh, Anne Marie leads a busy life.

Interviewed by An Phoblacht following her election, Anne Marie explained the strength of Sinn Féin in County Tyrone.

“This year, Sinn Féin holds the position of Chair of the four local councils in Tyrone: Omagh, Dungannon, Cookstown and Dungannon. It is a testament to the strength of Sinn Féin in the county. This was built through many years of hard work and dedication from activists and supporters of Irish republicanism.

“Sinn Féin as a working-class party was built up from the grassroots and is in daily contact with local people and the community because we are approachable with issues, whatever they may be. 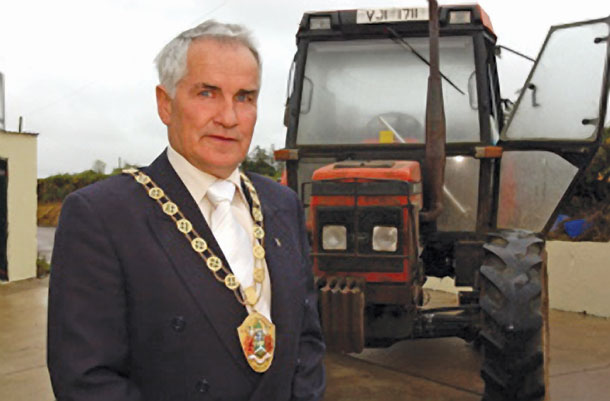 Anne Marie recalled the night her father. Mickey, came home to tell the family he was to be nominated by Sinn Féin to the position of Chairperson of Omagh District Council.

“He was wondering if he could manage it as he was a farmer. One day he would be bailing hay, the next he would be in bog working on the turf. He was a very honest and hard-working man. He never changed for anyone, even when he became Chairperson. He was the same man everyone knew and loved. He would be in the field looking after the cattle with the chain of office often hanging over a gate post.

“He was also very loyal to Sinn Féin and the Republican Movement.”

Anne Marie outlined priorities in her time as Chair:

“Issues of importance include the speedy resolution of the A5 Dual carriageway project, the Lisanelly Educational Campus in Omagh, and economic development throughout the district. 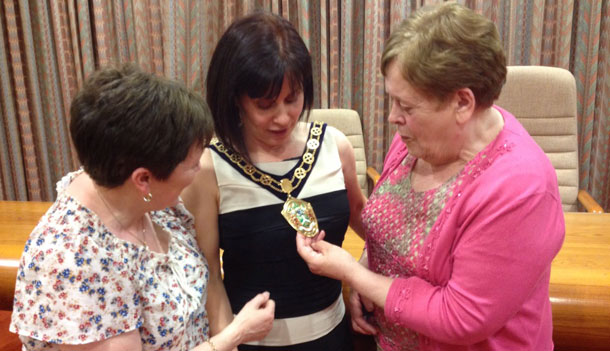 And as Council Chair Anne Marie is keenly watching how the Westminster parliament’s Welfare Reform Bill — including the ‘Bedroom Tax’ — threatens people’s entitlements in Ireland.

Her role has already seen many highlights and milestones but she mentions three stand-out occasions she looks back on fondly.

“I recently hosted two schools at a reception for the teachers, staff and pupils of the Dean Maguirc College in Carrickmore and Omagh High School. Both schools achieved the highest level of obtainment in a recent inspectors’ report. They were the two highest-ranking schools in the Omagh District.

“The second stand-out occasion was the annual Chernobyl event where the district hosts a group of children from Chernobyl. It was a very touching event. 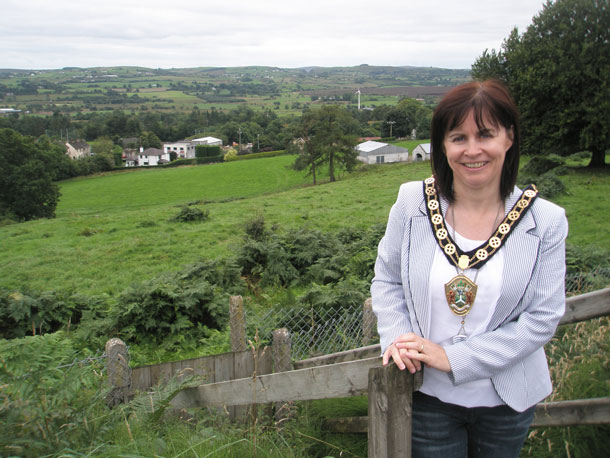 “I was also glad to attend a lung cancer awareness coffee morning. It is something which has affected my own family and many families across the district and is a very worthy and deserving cause.

Turning to next year’s election to the new ‘super council’, Anne Marie urged people to use their vote.

“People, particularly young people, can take voting for granted but it was hard fought for and if I had one message for the electorate it would be to use their vote. I am confident that our record on Omagh District Council speaks for itself, whether it is larger issues or the bread and butter politics on the ground at grassroots level.”