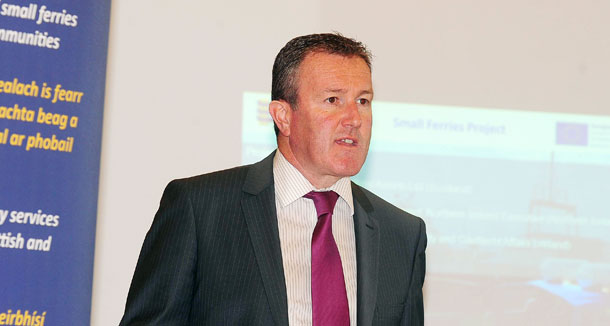 If those opposed to Irish unity are so secure in newspaper opinion poll findings, why are they afraid of a Border Poll defining support one way or another?

THE OLD ADAGE of ‘Ask a silly question, get a silly answer’ should be writ large across recent media opinion polls in the North.

There have been a number of such polls conducted across media outlets in reaction to the Sinn Féin campaign for a Border Poll as provided for in the Good Friday Agreement.

The recent unionist-aligned Belfast Telegraph commissioned a poll which asked “Would you vote for uniting Ireland tomorrow” and found that only 3.8% answered ‘Yes’ is a perfect example of that adage.

It is obvious that these polls are conducted with the objective of deterring support for a Border Poll. Anti-unity commentators were quick to point out that this was near the margin of polling error, the inference being that no one at all might vote for Irish unity. This finding was presented as a statistical fact. Does anyone believe there is no support for unity?

If those opposed to Irish unity are so secure in these findings, why are they afraid to support a Border Poll which would define the strength of support one way or another?

I could point out that the same survey found a minority (44%) favoured continued partition or that almost one in three (30%) didn’t know how they would vote. But my concern is with a simplistic question to a complex issue and the premise behind the commentary.

For the record, Sinn Féin is not looking for a Border Poll ‘tomorrow’. Nor are we about a sectarian headcount. We are for an open discussion. We are about allowing the people, North and South, to determine if their long-term interests are best served by continued partition or unity.

We are about the core democratic principle of discussion and allowing the people to decide.

Sinn Féin is seeking to have a Border Poll conducted during the next Assembly Term. This is to provide time and space for a reasoned, considered and informed debate.

The playing of a rhetorical ‘United Ireland Card’ or an ‘Orange Card’ should not form part of the debate.

We are about dialogue: listening to and respecting the positions of others, and we only expect the same in return.

For too long, political unionism has played up the fear of Irish unity without articulating the basis of their concerns. It is clear that partition has failed the vast majority of our people and the economy, resulting in decades of conflict. I include in this the huge sections of the unionist community and in particular the working classes who have been failed by partition.

It is telling that the question as to what the Union has delivered for the  people of east Belfast, the Shankill, or Armagh is never raised. Partition locked sections of the community into defending the indefensible and promoted the myth of supremacy among the unionist electorate. 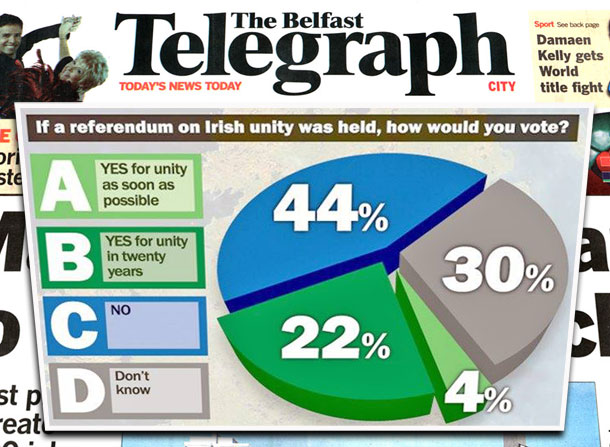 Sinn Féin believes that Irish unity will deliver for all our people. It makes political, democratic and economic sense.

The people of the North would be an essential part of a national sovereign government and not confined to the 3% margins in Westminster.

An agreed and united Ireland would in all likelihood remain part of the EU and Britain would continue to be one of our largest trading partners. It will also redefine and reconcile the relationship between Ireland and Britain.

Irish unity is not about bolting the North onto the existing structures of the South. It would be about determining a new and agreed Ireland. Within this there are challenges to nationalists and republicans as to how the structures and symbols of a united Ireland would reflect all the identities of those who share this island.

The Good Friday Agreement enshrined the principle that the constitutional position of the North was changeable and in the gift of the majority of citizens exercised concurrently North and South.

It provided for a Border Poll. The only exception was that a poll could not be conducted within a seven-year cycle. Regardless of what people believe to be the probability, Irish unity will remain a possibility (in fact I believe it is more a probability than a possibility) but that’s an issue for the debate.

I do not underestimate the opposition to change but it cannot and should not be dismissed out of hand on the basis of uninformed and questionable surveys.

Sinn Féin will put the case for an agreed and united Ireland. Let those opposed put the case for continued partition. Let’s have a considered, reasoned and informed debate and let the people decide in a definitive poll.