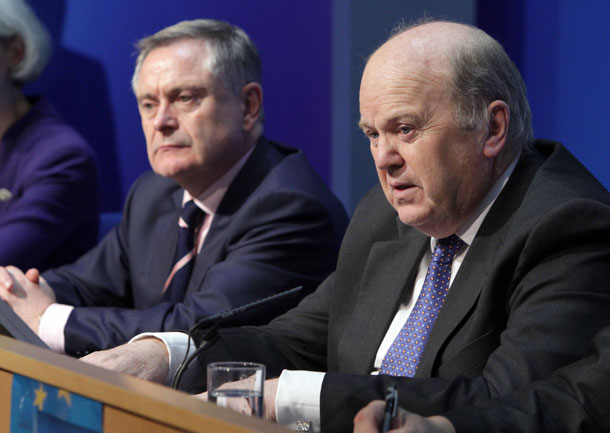 MORE CRACKS have appeared in the ranks of the Labour Party as their TDs followed Fine Gael in railroading through a deeply unfair and regressive Budget.

Eamon Gilmore’s youth wing, Labour Youth, has passed a motion of ‘no confidence’ in the leadership of Gilmore and the parliamentary party, accusing them of failing to uphold the core values of the party.

And Fianna Fáil have been chided by Sinn Féin TD Caoimhghín Ó Caoláin for their posturing and faux outrage at cuts when Fine Gael and the Labour Party are implementing the very Fianna Fáil strategies and polices that they so loudly denounced while in Opposition. The Health & Children spokesperson said:

“This Coalition Government’s treatment of our older citizens in Budget 2014 now proves conclusively that Fine Gael and Labour are indeed ‘Continuity Fianna Fáil’.”

There is much focus now on the position of Health Minister James Reilly. Should he resign for his failings? Sinn Féin has long said so, but Reilly is not the only one who bears responsibility for this Government’s actions and the anti-people austerity policies commenced by Fianna Fáil.

There is a lot of talk of ‘collective Cabinet responsibility’ by ministers grasping for cover for their cuts. Fine Gael and Labour are collectively responsible – they should collectively go.