Filming the Spirit of Freedom 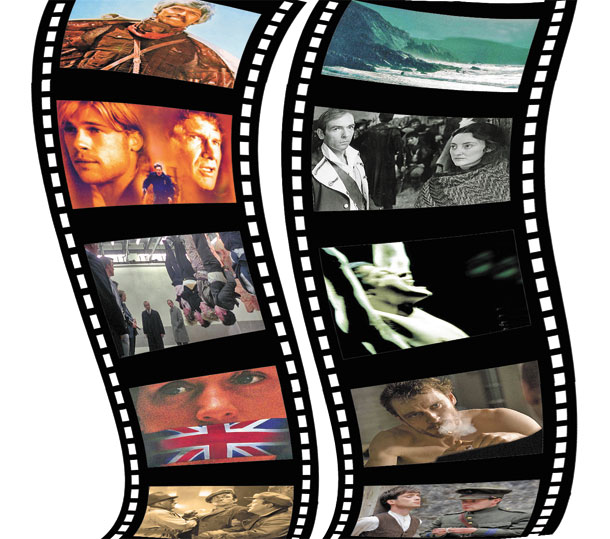 My criteria for this eagerly-anticipated rating is that I include any film with an aspect of the struggle in Ireland. The evaluation is a complex algorithm based on accuracy, political depth and narrative strength.

IT SEEMS a simple proposition. Write, cast and direct an accurate, thoughtful portrayal of the Irish national struggle. The books, biographies, archives, locations even, they are all there.

There are some films that come close, very close, to capturing the spirit of freedom, and there have been many contenders for cinematic turkey of the year.

The collective efforts of film-makers in Ireland and Britain have tried to conquer Irish history, as has the commercial might of the Hollywood elite who jetted in, bought castles, Irish wolfhounds and  tweed caps but made some awfully dire movies.

My criteria for this eagerly-anticipated rating is that I include any film with an aspect of the struggle in Ireland. The evaluation is a complex algorithm based on accuracy, political depth and narrative strength.

Whimsical choices considered for this top ten included The Big Sleep (1946) and The Quiet Man (1952). Yes, I know The Big Sleep is set in the USA and there are no Irish characters in it. But the plot revolves around a missing IRA Volunteer named Regan. This Humprey Bogart and Lauren Bacall film overflows with an obsession in the US at the time with Ireland in the Tan War and Civil War. Where did those disillusioned rebels go? The US/Mexico border, of course (hey, it’s a border).

Who could not love the noble Aran geansaí-wearing IRA Volunteer in the The Quiet Man? Appearing onscreen briefly, our rebel awaits a higher call. Never forget the line when Victor Maglen (Danagher) accuses the IRA of being involved in his travails. The response is: “If it were, not a scorched stone of your fine house would be left standing.” Yes, we cheered.

I haven’t seen the film versions of Michael Dwyer (1919), Rory O’Moore (1911) or Bold Emmet, Ireland’s Martyr (1915) so I cannot judge where they sit in our pantheon. Maybe it’s time for a republican film festival?

This almost-forgotten ‘spaghetti western’ (also called Once Upon a Time... the Revolution or Duck, You Sucker!) stars James Coburn as an Irish republican explosives expert in 1913 Mexico who, despite misgivings, ends up helping the rebels. It is a great film marred only by the silly flashbacks to his lost love in old Erin.

Harrison Ford’s Patriot Games appears on the worst list. Here there is an upside and Brad Pitt’s accent is almost believable. This gets included partially because of the outcry in the British media at the time over Princess Diana bringing William and Harry to it.

It was supposed to be a London gangster film with Bob Hoskins and Helen Mirren but the IRA steal it as they wreak revenge on the would-be mob godfather. Pierce Brosnan’s closing scenes as the vengeful Volunteer win this one for me.

One of two Ken Loach films on the list, it deals with British human rights abuses and ‘shoot to kill’ policies in the North. The script is clunky in places but watch out for the late former Sinn Féin Councillor Jim McAllister playing himself.

John Ford made at least three Irish films. There’s the already-mentioned Quiet Man, a 1936 version of O’Casey’s Shadow of a Gunman, but this is his stand-out film. It won four Oscars and, based on Liam O’Flaherty’s novel, gives an intense view of the seamier sides of the War of Independence as officialdom likes to call it.

The Seán Ó Riada soundtrack alone gets this on the list. George Morrison’s documentary seamlessly weaves Seán Mac Réamoinn’s script with old newsreels telling the definitive story of the 1916 Rising. (He followed up with Saoirse in 1961.)

Pat Murphy’s excellent film on one of the overlooked heroes of Irish history and 1798 deserves a reissue most of all the movies mentioned here. It has an eerie steeliness as Murphy depicts Devlin’s resolve when jailed by the British while pretending to work as a housekeeper for Robert Emmet.

Co-written by former An Phoblacht editor the late Brian Campbell, this film gives a first-hand account of the ‘No Wash Protest’ in Long Kesh from the 1970s. Harrowing and inspiring.

British visual artist Steve McQueen won the Caméra d’Or (‘Golden Camera’) at the Cannes Film Festival for this intense exploration of the 1981 Hunger Strike. It captures, for me, the spirit of freedom within the jails and the prisoners’ struggle. A powerful film.

Ken Loach won the Palme d’Or (the highest prize awarded at the Cannes Film Festival to the director of the best feature film of the official competition) for this epic that runs from the Tan War to the Civil War. I defy you not to be moved and angered watching this, even for a second or third time.