‘I’m very, very proud of what we did in the Irish Peace Process,’ Tony Blair’s right-hand man tells An Phoblacht 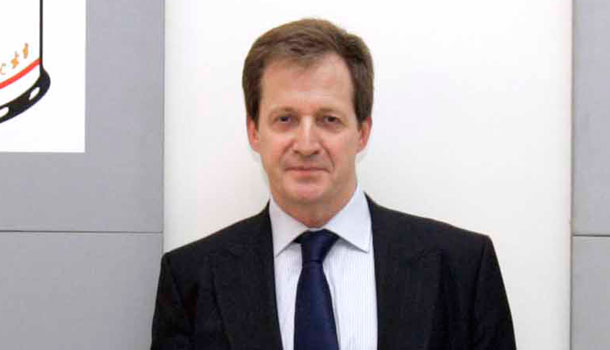 “I love Ireland and I’m very, very proud of what we did there. Even though things are still not perfect, it’s a completely different place from what it was.”

ALASTAIR CAMPBELL is publishing at the end of October a newly-edited one-volume edition of his “relentlessly honest, often controversial, occasionally brutal and always razor-sharp” diaries on Ireland and the Peace Process when he was British Prime Minister Tony Blair’s Director of Communications and Strategy.

Whatever one thinks of Tony Blair and Alastair Campbell’s role in ‘New Labour’ and the Iraq War, credit is due to Tony Blair and his team for the commitment they gave to the Peace Process in Ireland. Their pivotal role is overshadowed by the other political controversies.

Alastair Campbell told An Phoblacht that it was while he was writing the previous four volumes of his diaries that he realised how big an issue Ireland was in “the Blair project”.

“There was so much to what Tony Blair did and the Peace Process was a massive part of that.” 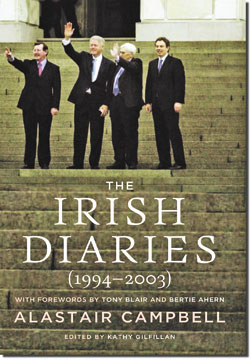 The Irish Diaries, he told An Phoblacht, covers how Labour got back into power, the important relationship with US President Bill Clinton, and “the really, really detailed stuff of the negotiations”.

“I think what also comes across is the amazing collection of characters that were involved in that process, whether it was Adams and McGuinness and Sinn Féin, or Trimble and Paisley, or the Women’s Coalition and the journalists involved. Then there’s all the Secretaries of State: Mo Mowlam, Peter Mandelson, Peter Hain, John Reid, Paul Murphy.

“You hear about Jonathan Powell’s and John Holmes’s roles and the team that worked on it. It was a real team effort by everyone.

“They were an incredible collection of people that somehow made something happen that most people thought was impossible.

“I think the single most important person in all that was Tony. We were obsessed with it but there were times when the rest of us thought it wasn’t going to happen. Tony had worked out what needed to be done though and he was like a dog with a bone – he was never, ever going to let it go.

“I love Ireland and I’m very, very proud of what we did there. Even though things are still not perfect, it’s a completely different place from what it was.”