‘One in ten live in food poverty. One in five schoolchildren go to bed and go to school without food in their bellies. It shouldn’t be like this, not in our enlightened, emancipated times.’ 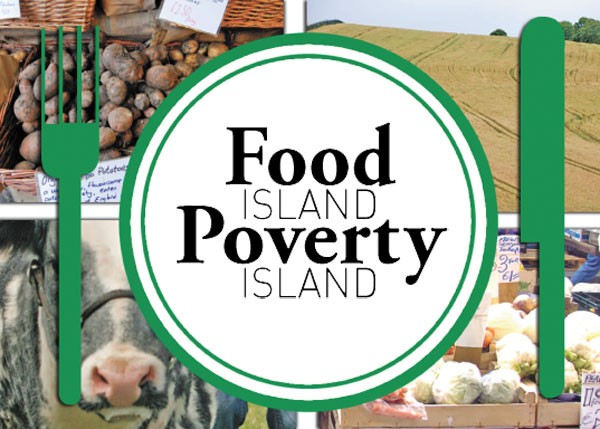 ‘I can see it with some of my friends. They haven’t the money they used to have and they are struggling. Although some of them don’t realise it, they are in food poverty. They are living on cheap food but it is not doing them any good’ – Patrick Frew, Cloughmills Community Action Antrim

THE ROLLING, sonorous bodhrán beat is deliberately sombre in Christy Moore’s On a Single Day:

The fourteenth of September, Eighteen Forty-Seven

The ships sailed out from Cork Harbour

With their bellies in the water.

On a single day in Partry

The great majority of the poor located there

Were in a state of starvation

Many of them hourly expecting death to relieve their suffering.

The Lady Mayoress held a ball

At the Mansion House in Dublin

In the presence of the Lord Lieutenant of Ireland.

Dancing continued until the early hours.

And refreshments of the most varied and sumptuous nature

Were supplied with inexhaustible profusion.

It’s time this little country of ours had a bit of peace.

Christy’s three-minute interpretation of Peadar Ó Riada’s frightening lyric that marked the 150th anniversary of the Great Famine is revealing.

We said we would always remember. We promised. Yet the dispossessed are among us again and we do not want to see them. 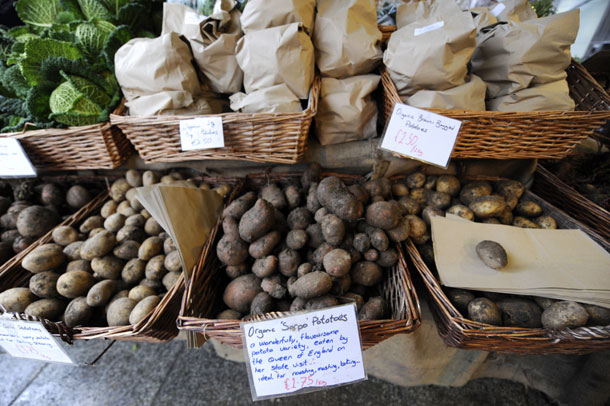 One in ten live in food poverty. One in five schoolchildren go to bed and go to school without food in their bellies.

It shouldn’t be like this, not in our enlightened, emancipated times.

Food is no longer scarce in our self-proclaimed ‘Food Island’ yet poverty stalks the land and our response is pitiful. Social exclusion is stigmatic.

Food poverty is the direct result of social exclusion. It has been endemic since the 1980s, in the rural west and among disadvantaged urban communities, and has existed alongside our increasing affluence.

The World Bank had warned that the impending food crisis of the early 21st century would push an additional 100million people into poverty.

In the ‘00s’ we finally acknowledged the problem. Crosscare, Combat Poverty Agency and the Society of St Vincent de Paul published a report on food poverty.

We watched the dispossessed and we promised to alleviate their suffering but all we have done since is talk, write reports, and fund things called community food initiatives and food poverty indicators.

These initiatives are integrated projects — a Da Vinci vision of the future before its time. Scary. 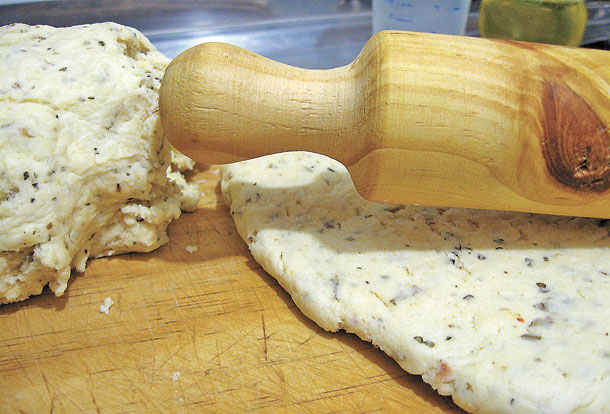 In Antrim, Cloughmills Community Action’s food initiative morphed out of ‘Incredible Edible’, a town scheme designed to take younger teenagers at risk off the street, growing vegetables, going on fishing trips and the suchlike. They now have two large high polytunnels, a third on the way, numerous raised fruit and vegetable beds, rows of berry trees, a canopied hut, a modern-style yurt and plans for a community kitchen and meeting space on land they hope to lease long-term from Ballymoney Council.

They are encouraging local businesses to promote their produce, going into schools to educate children about food, persuading elders in the community to share their ‘lost’ baking, cooking and preserving skills, showing people how to grow a few nutritional-rich herbs at home and organising ‘Traditional Food Days’.

“We spent the summer messing about with a griddle, soda breads, potato farls, stuff we remember our grannies making,” says Patrick Frew, who chairs the group of volunteers in Cloughmills.

It sounds like a model project but Frew is concerned.

“The writing is on the wall. I can see it with some of my friends. They haven’t the money they used to have and they are struggling. Although some of them don’t realise it, they are in food poverty. They are living on cheap food but it is not doing them any good.

“Food poverty is really creeping up on us and we don’t realise it. People are noticing the prices in the supermarkets going up but they don’t understand why (the cost of oil, climate change, etc) but it is all very relevant to us here.” 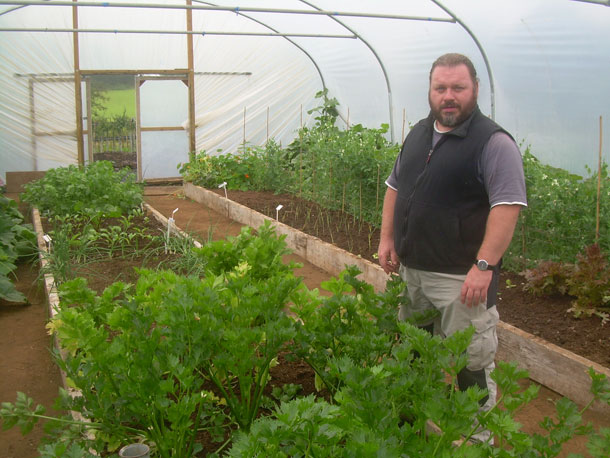 When Patrick says they have been fortunate with funding (receiving money from the Big Lottery, becoming recipients of Healthy Food for All’s Community Food Initiative largesse) and is patient with their approach, he is being pragmatic.

As a community development worker he has the ability to handle the idiosyncratic nature of funders, the experience to know how to jump through the various funding hoops. These are necessary skills for communities addressing the issue of food poverty and not everyone has them or can afford to pay for them.

In Donegal Town, Kathleen McHugh has a huge struggle making ends meet. She runs the Family Resource Project. Unlike the Cloughmills project, which seeks to involve 600 households in a sustainable vision, McHugh knows exactly what the town’s 12,000 inhabitants need. She knows the cost and the benefit, and the difference it will make to food poverty.

“At the minute we have seen the value of people coming in and working, some of them suffering from depression, different illnesses, and we have seen how it has improved their health and confidence.”

This is social therapeutic horticulture, not a new idea but one Patrick knows might sustain their project. 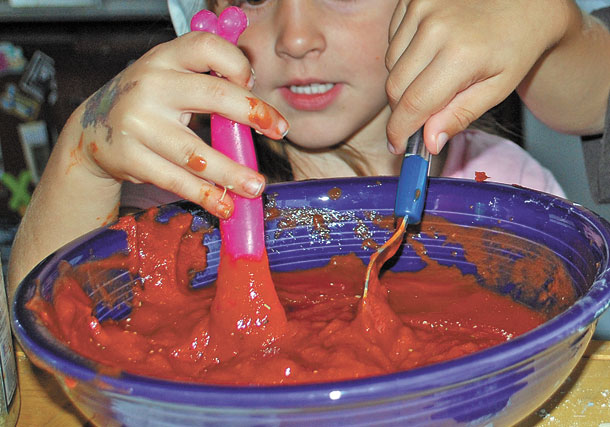 “If we can get money in for that, we can still make this place accessible to people who don’t have any money. Selling off the vegetables cheaply is not going to make this sustainable.”

They are, like every community group aware of food poverty, between a rock and a hard place. Without support funding they are stymied and without a sound financial structure to allow them to educate people about food security they are in peril.

Patrick Frew has no illusions about this.

“We will survive, there’s no doubt about that, but without funding we would need to be self-sufficient.”

Safefood receive €8.5million a year from the health departments in Belfast and Dublin. It is this money the communities fighting food poverty compete for in their battle to combat the health consequences of inadequate diets. But they must prove they are having the ‘desired effect’ and represent ‘good value to the taxpayer’.

Sinéad Keenan is project co-ordinator of Healthy Foods For All. They established the community food initiatives programme in 2010, funding seven projects with money from the Safefood bank. This year, ten groups were funded to 2015. She defends their approach.

“The funding was provided to existing community groups because we wanted to ensure the greatest chance of sustainability for each of these projects. The purpose was not only to provide funding to the projects but also to identify the support needs of groups trying to set up a food initiative and the challenges they face.

“We then use this information to advocate for greater supports at a policy level. We believe it is very important to develop the evidence base around food poverty and have been involved in developing research in this area. This provides us with the rationale for advocating for a national funding stream for community food initiatives.”

“Community action in Ireland owes its marginal position to the stance politicians and the state have adopted towards it.”

He suggested the state might consider an alternative option to that of viewing community action as something that is always “under construction” and “give up as a vain quest the search for replicable blueprints, abandon the practice of running pilot programmes, and release adequate resources for learning process-type community action”.

Politicians come and go but the bureaucrats remain, stuck in their groove, seeing no reason to change track. When Éamon Ó Cuív was elected to the Dáil in 1992 he brought with him a mandate from the impoverished people of the west. It was also a cry for help. He acknowledged it, saying:

“When all the figures are put together at the end of the day, we’re judged on how we provide the basic necessities to the community and that is something we must concentrate our minds on once again.”

He was naive. He didn’t know what the bureaucrats were like. Concentration has wavered.

Everyone who works in community empowerment knows what the fixes are. Giving a small number of groups a paltry sum is not going to create a new social paradigm. Funding thousands of groups will but, without an infrastructure in place to solve the issue of social exclusion, food poverty is going to continue to stalk the land.

The dispossessed haunt our nightmares to a somber bodhrán beat.