'The Price of Power – Inside Ireland’s Crisis Coalition' 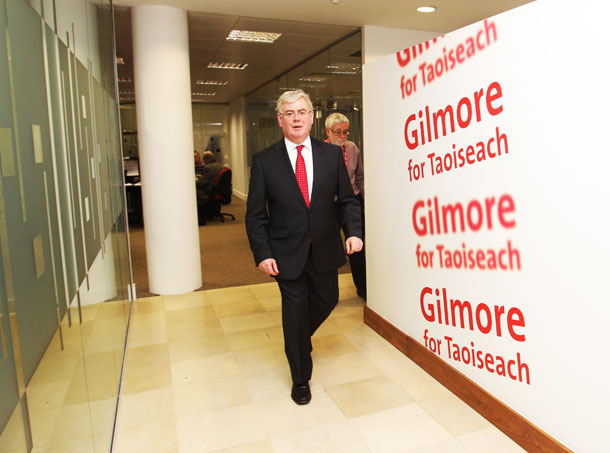 The Price of Power is a well-written, engaging read of interest to the general public and the political activist alike

SUNDAY BUSINESS POST Political Editor Pat Leahy’s new book, The Price of Power: Inside Ireland’s Crisis Coalition, is a great read. It’s one of those books that you’d sit down and devour in a couple of sittings if you are lucky enough to have the time.

It may seem strange to attempt the story when it’s only halfway through its lifecycle but Leahy has a sensible rationale. He wants to write the first draft of events before they are retrospectively rewritten in the light of the next general election result (which  must take place no later than 8 April 2016).

Of course, trying to write about a Government while it is still in existence is a difficult task. Sources are less willing to talk, especially on the record. Those that are often have axes to grind or are still raw from their recent disappointments and disputes.

Nonetheless, this is the task that Leahy has set himself. In as much as the sources allow, The Price of Power attempts to get behind the spin and silence of a government as it tries to navigate its way through the biggest economic crisis in the history of the state.

The book’s narrative starts not with the general election of 2011 or the formation of the Fine Gael/Labour coalition but with the 2010 heave against Enda Kenny and the heady days of the “Gilmore for Taoiseach” campaign. 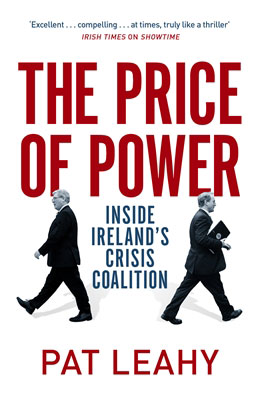 This is where Leahy is strongest. He clearly has a level of access into both the Labour and Fine Gael camps that provides him with more information than has been in the public domain to date.

Throughout the book you get a real feel for the discussions and arguments not only within each party but in their respective leaderships. The importance of policy advisers, party strategists and spin doctors emerges as one of the key features of the administration.

Leahy also charts the changes at the top of the civil service (though not with as much detail or human interest as this reviewer would like).

While the importance of unelected advisers and civil servants is not a feature unique to Irish politics, it is always refreshing to have their role examined and explained.

If The Price of Power has one central observation running through its pages it is the significance – indeed the dominance – of the Economic Management Council, the EMC.

Officially a sub-committee of the Cabinet, the EMC brings together the Taoiseach, Tánaiste and two Finance Ministers along with their key advisers.

Leahy describes it as the most significant constitutional innovation of the Coalition. By the book’s end it is clear that the EMC is, in fact, the Government. It is the engine of all key political and economic decisions, often withholding information from the Cabinet until the very last moment.

Leahy also captures the personal relationships, and at times political battles, between the key Government figures. Again, sources are key.

While Enda Kenny has his moments with James Reilly and Lucinda Creighton, it is the Eamon Gilmore/Joan Burton relationship that makes for the most interesting reading.

The book does have its weak spots. The chapter on the Anglo Irish Bank promissory note deal is a disappointment. Leahy leaves out significant chunks of the story as well and any detail on the deal that was finally agreed. As a result, the reader is left with a very partial account of what is, by the author’s own admission, one of the most important moments of the Government’s first two years.

There are also a few glaring omissions, most notably the Household Charge and Property Tax debacle. This is an issue of real significance for the Government and for the Labour Party in particular, which unfortunately hardly gets a mention.

In the end, The Price of Power is a rewarding read and comes highly recommended by this reviewer. But, like all books, it is a reflection of the author’s own personality and prejudices.

Pat Leahy is one of Ireland’s most respected political journalists. His reputation for fairness is well-deserved. He is also impeccably mainstream. More than anything else, these facts explain the strengths and weaknesses of his new book.

If you are looking for a little more depth or critical edge to your reading then this book won’t do it for you. That said, The Price of Power is a well-written, engaging read of interest to the general public and the political activist alike. It even gives fellow An Phoblacht columnist Mícheál Mac Donncha a favourable mention, and there aren’t many books that you can say that about.

• The Price of Power: Inside Ireland’s Crisis Coalition, by Pat Leahy, is published by Penguin, price €14.99.