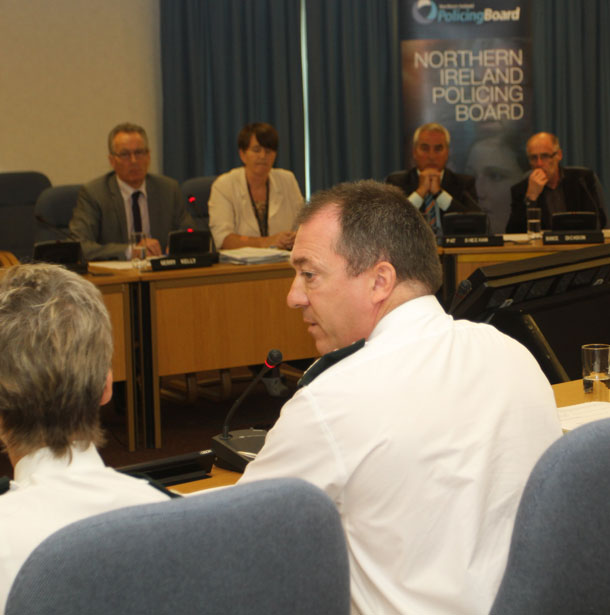 THE NEWS that head of the Historical Enquiries Team, Dave Cox, was to leave his position on 28 September (days after An Phoblacht rolled off the presses) is a blow to PSNI Chief Constable Matt Baggott’s authority and leaves the HET holed below the waterline.

Cox and the organisation he leads has been under enormous pressure since July when an investigation by policing watchdog Her Majesty’s Inspectorate of Constabularies (HMIC) revealed it was biased in its investigations into killings carried out by members of the British crown forces.

Paul Johnston, the HET’s Director of Military Operations, is also to leave.

In the aftermath of the publication of the HMIC report the North’s Policing Board stated publicly that it had no confidence in Cox and the leadership of the HET and wanted him to go.

This clearly undermined Cox yet PSNI Chief Constable Baggott backed him and insisted he remain in the job until his contract ended in December. The Policing Board was adamant he go immediately. 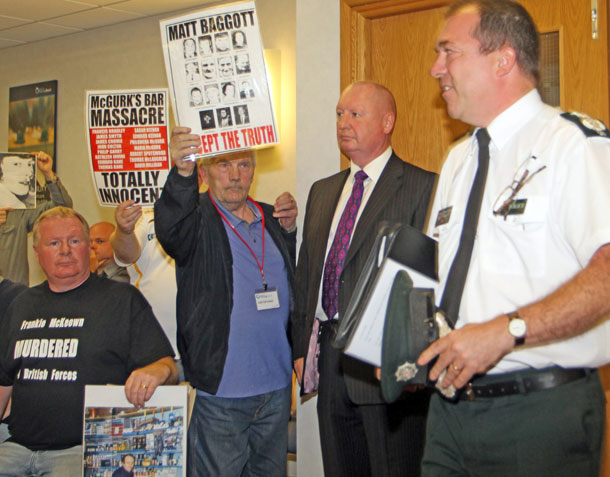 It was clear before the 5 September private meeting of the Policing Board that there were heated exchanges between the Chief Constable and board members over Cox’s future.

But in the public session Baggott stated that “all options are open” when responding to questioning by Sinn Féin MLA Gerry Kelly.

The news of the double departure on Thursday 12 September shows the Policing Board has won this particular battle.

The announcement was made after an urgent meeting was convened between the Policing Board’s working group on the HET and the PSNI Senior Executive Team.

Sinn Féin’s Pat Sheehan MLA, a member of the Policing Board, told An Phoblacht:

“The PSNI knew the Policing Board’s position was that the leadership of the HET could no longer command the confidence of the Board.

“The same sentiment was widely shared by the public, especially amongst the NGO sector and many of those families who have been directly bereaved during the conflict. There should never have been any confusion or indecision in what had to happen.”

Thursday 12 September had started badly for Matt Baggott when Amnesty International described the HET in a report published that morning as “a policing mechanism investigating cases arising from the conflict”.

The findings of the Amnesty Report (Northern Ireland: Time to Deal with the Past) reinforced many of July’s HMIC’s criticisms.

It questioned the HET’s independence, pointing out that it is required to refer evidence to the PSNI’s Serious Crime Branch (C2) for criminal investigation.

Amnesty concludes that the HET is acting, “more like an initial case review body for the PSNI”. 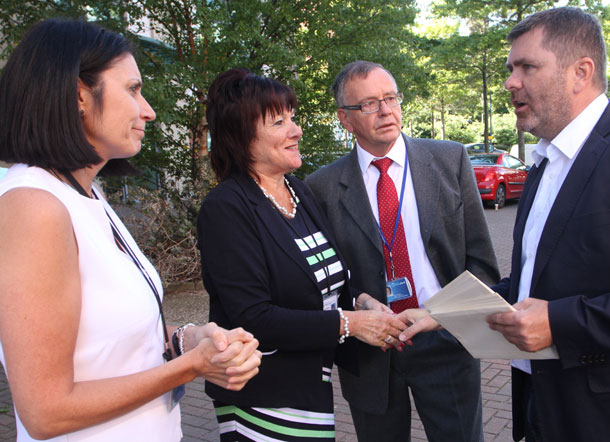 What the HMIC said

The HMIC found that British soldiers or RUC personnel being interviewed as part of an HET investigation were given advanced knowledge of the case.

The HMIC described this as illegal, saying “this approach is illegal and untenable as it is inconsistent with the UK’s obligations under Article 2 of the European Court of Human Rights that upholds the right to life of citizens”.

The HMIC report also criticised the HET’s relationship with the PSNI, saying it was not independent as it is directly answerable to the PSNI Chief Constable and comes under his operational command.

The HET was initially exposed in research carried out by University of Ulster academic Patricia Lundy.

Her 2008 findings were contained in Truth, Justice and Dealing with the Legacy of the Past in Northern Ireland.

The HET rejected Lundy’s work out of hand but July’s HMIC investigation vindicated her and her work.

Amongst the most damaging of Lundy’s findings was that those tasked with managing the intelligence used by the HET were, in the main, ex-RUC and PSNI personnel.

Echoing this finding, Amnesty says: “The HET’s intelligence unit was staffed largely by former RUC or PSNI employees and similarly that staff in the PSNI intelligence branch – effectively the gatekeepers for intelligence passed to the HET – have included former RUC Special Branch officers.”

C2 is the Crime Operations Department of the PSNI under the command of former head of RUC Special Branch Drew Harris.

Also attached to C2 is the PSNI’s Legacy Unit. It is to this unit that the HET refers any evidence it gathers.

We now know that four out of the six personnel in this unit are former members of Special Branch or RUC Intelligence. Collectively, they have 57 years of experience.

Mark Thompson of Relatives for Justice confirmed that this information was disclosed at the ‘Shoot-to-Kill Inquests’ held in Belfast on 31 May this year.