No tax for 3,800 high earners 'kick in teeth' for jobless 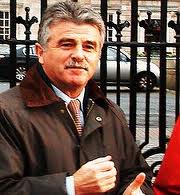 Deputy Morgan (left) said the figures from the Revenue Commissioners show that the Government have been slow to close tax loopholes for the rich while being quick to cut social welfare payments and public services.

“This news will come like a kick in the teeth to those who lost their jobs last year. The fact that the high earners in our society can escape paying any tax on their incomes while thousands are being made redundant makes a mockery of this Government’s economic policies.

“While the Government has been slow to close tax loopholes that benefit the well off in society it wasted no time cutting social welfare payments and public services which are depended upon mostly by those on low and middle incomes.

“These figures show that this Government has one rule for the rich and another for the least well off in society.

“People need to wake up to the fact that this is a Government for the rich and the super rich and it will continue to punish those on low incomes until they are turfed out of office.” ENDS