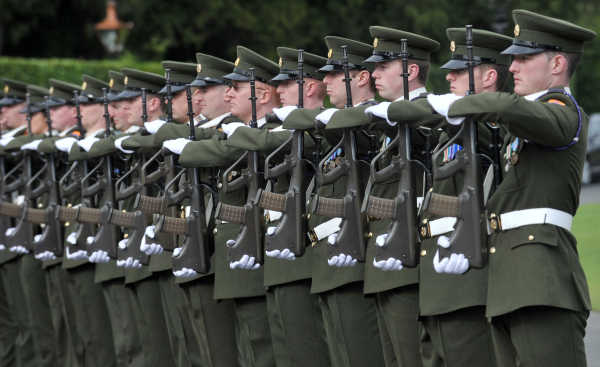 The French Government, which ruled Mali as a colony from 1880 to 1960, says its goal is 'the total reconquest of Mali', raising questions as to whether the long-term goal is to exploit the country’s resources.

Irish and British soldiers will for the first time take part in a joint operation as part of an EU training mission in Mali.

Minister for Defence Alan Shatter said yesterday the move was part of the “normalisation” of relations between Ireland and Britain.

Britain would lead the joint deployment of eight Irish and 18 British soldiers under the First Royal Irish Regiment as part of the EU mission, he said.

THE Fine Gael/Labour Government is sending Irish troops to support the Mali Government despite reports that the regime (which seized power in a military coup last year) is slaughtering Arabs and ethnic Tuaregs in the civil war for power and control of the north African state’s large mineral and oil deposits.

Irish troops will find themselves in the middle of a three-sided civil war as part of a UN Security Council mission to stop Islamic insurgents. Mali’s former colonial ruler, France, has sent thousands of troops, aircraft and gunships to support the regime against the rebels.

The civil war in the north African country sees fighting between the Mali Government, Al Qaeda-linked Islamic fighters, and rebels from the long-oppressed nomadic Tuareg people, who have declared an independent state (Azawadi) in the north of the country. 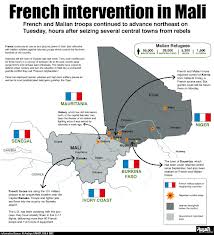 Military intervention from France in January on behalf of the government turned the tide against the Islamists who had come close to over-running the entire country.

When (if) France withdraws, many commentators predict a prolonged insurgency. It is for this reason that the UN and EU are sending a force to train and support the Mali Army. The French Government, which ruled Mali as a colony from 1880 to 1960, says its goal is “the total reconquest of Mali”, raising questions as to whether the long-term goal is to exploit the country’s resources.

Speaking in the Dáil, Defence Minister Alan Shatter noted serious human rights abuses by Islamic fighters in northern Mali and said Ireland has “a very important role to play” in “ensuring the protection of civilians and human rights”.

He said “the Malian armed forces have the capacity to deal with” the Islamic rebels and that they should receive the assistance they have asked for.

He also went on to outline some of the crimes committed by Islamic groups in the region which included the public hacking off of limbs of those suspected of being thieves.

Only a week earlier, the United Nations anti-genocide envoy, Adama Dieng, said he was “deeply distrubed” by reports that the poorly-disciplined Mali Army and allied militias were engaging in the slaughter and summary execution of Arabs and ethnic Tuaregs as they retook control of parts of the country. Shatter made no reference to the possibility that Irish troops could end up backing a regime whose forces are engaged in actions which the UN said “could constitute atrocity crimes”.

“The decision of the Irish Government to send troops to take part in this new war in north Africa is more proof of the Fine Gael/Labour Government’s decision to deepen Ireland’s integration into the EU/US/NATO military strutures.”