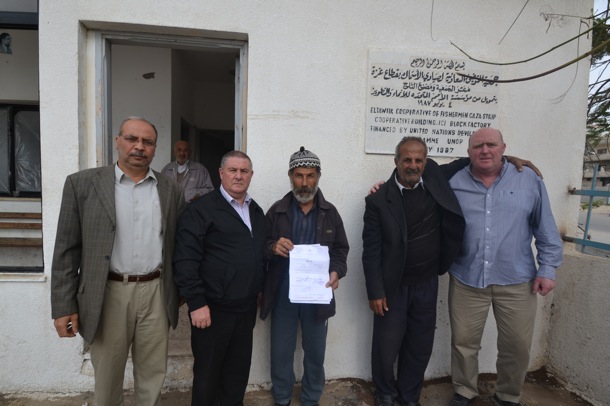 Mary Kate Quinn: 'We are appealing to the people of Ireland and across the globe to get behind this issue and call on the Israeli Government and its Embassy to release Ammar'

YOUNG FISHERMAN Ammar Mohamad Baker – the sole income-earner for his family including four children with disabilities – has been arrested by the Israeli Navy and imprisoned without trace.

Fishermen on the Irish Friends of Palestine delegation visited Gaza Harbour this week and met the father of Ammar Mohamad Baker and fishermen who have suffered greatly at the hands of Israel due to the blockade.

Ammar’s father, Mohamad Najeeb Omar Baker, has been trying desperately to locate his son with no success.

Mary Kate Quinn, a Sinn Féin activist who is part of an Irish Friends of Palestine delegation visiting Gaza, told An Phoblacht: 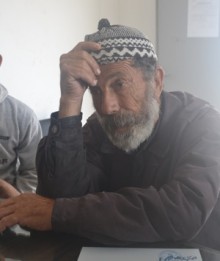 “Mohamad explained that he has four disabled children and his fisherman son Ammar is the only son able to fend for the family. Ammar also suffers bad health and his father showed us documents stating this.

“Due to not only human rights violations but also Ammar's ill-health, we are appealing to the people of Ireland and across the globe to get behind this issue and call on the Israeli Government and its Embassy to release Ammar.

“From the beginning of the ceasefire, 15 fishermen have been arrested by the Israeli Navy. Six ships have been confiscated and two vessels have been sunk. All of this flies in the face of the ceasefire that Israel agreed to. Fishermen are no threat to anyone – it is their only means of living. The fishermen’s rights should be extended as of right immediately. Again, we appeal to every country and the UN to speak out.