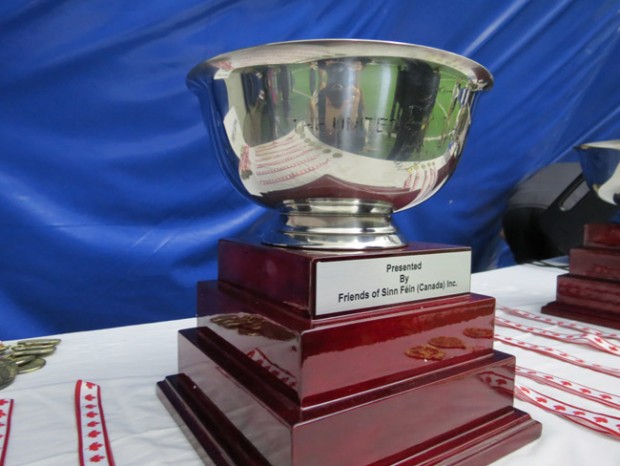 THE Toronto Gaelic Athletic Association inaugural United Ireland Cup was a tremendous success on Saturday 10 November with over 200 players and fans gathering at Polson Pier for the tournament. The United Ireland Cup trophy was provided to the GAA by Friends of Sinn Féin (Canada) and presented to the winners by Gerry Adams TD.Friends of Sinn Féin (Canada) congratulated the GAA on a very well-run tournament, organised as part of the campaign to popularise in Canada the cause of a united Ireland.

Thanks were also extended to photographers William C Smith and Alexandra Smith. 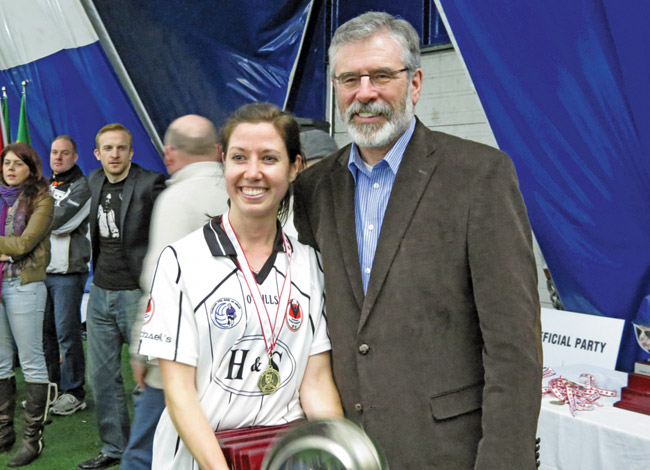 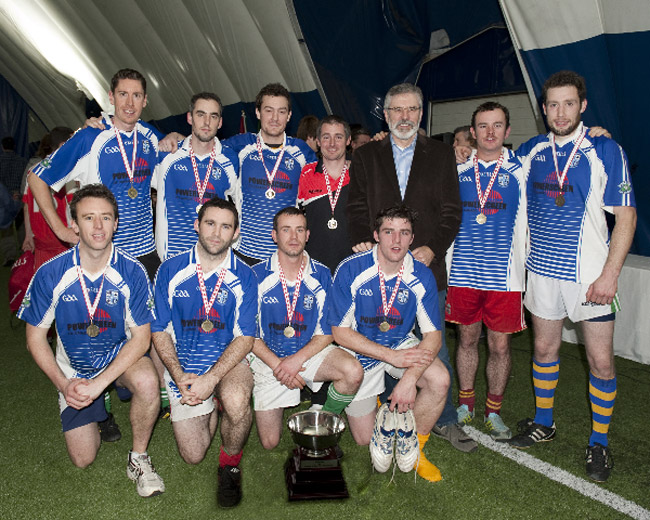