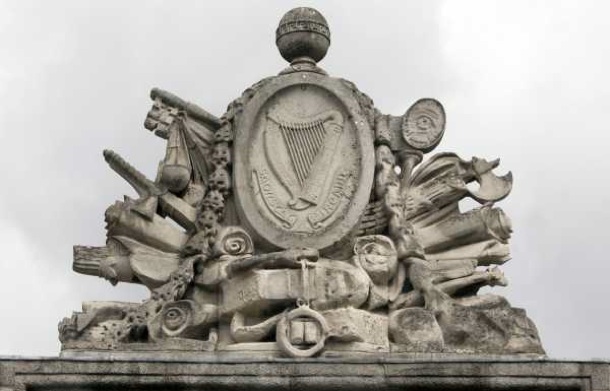 ‘This Fine Gael/Labour Government promised to be a reforming government and put an end to the ‘jobs for the boys’ culture but, looking at their judicial appointments so far, it is clear many of their political cronies have received jobs from them’

THE PRACTICE of the Irish Government appointing senior judges must be ended if the public is to have any faith in a judiciary free from political or any other bias, Sinn Féin Justice spokesperson Pádraig Mac Lochlainn has said.

"The sheer number of politically affiliated judges adds to an already embedded public perception of the judiciary is an elite to whom the law of the land does not apply equally," the Sinn Féin deputy said.

The Donegal North-East TD said this view has been strengthened by perceived inconsistencies and poor sentencing decisions in a range of areas, including drug-related crime, domestic and sexual violence in particular. He said:

“Judicial independence requires that the judiciary must be independent of other branches of government. It is high time that the Judicial Appointments Advisory Board should be required to publish an annual report to include information on candidates who are selected for appointment.

Sinn Féin is calling for the establishment of a fair and accountable appointment and removal process for the judiciary that involves meaningful lay participation representative of the public interest.

“Sinn Féin believes that judicial independence is undermined by the current appointment process in the 26 Counties,” Deputy Mac Lochlainn said.

“The Judicial Appointments Advisory Board (JAAB) was established in the wake of the controversial appointment of Harry Whelehan as President of the High Court in 1994 and was meant to have removed sole discretion for judicial appointments from Government.

“However, there is still political involvement in the appointment of the judiciary as the Judicial Appointments Advisory Board merely provides a list of seven qualified candidates to the Government who makes the appointments of judicial office holders.

“Sinn Féin believes that appointment procedures should be transparent to enhance public confidence in the process.

“This Fine Gael//Labour Government promised to be a reforming government and put an end to the ‘jobs for the boys’ culture but, looking at their judicial appointments so far, it is clear many of their political cronies have received jobs from them.”