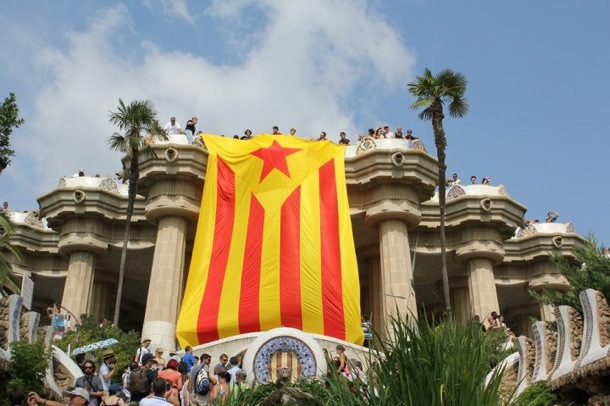 In Ireland, Catalans and Irish supporters will hold a demonstration in solidarity outside the GPO on Dublin’s O'Connell Street at 6pm

THE SPANISH GOVERNMENT is furious that President of Catalonia Artur Mas used his Catalan National Day speech to call for more “justice and liberty” from Spain as more than a million are expected to march in Barcelona today for Catalan independence.

“Tomorrow, many compatriots will demonstrate in Barcelona. My heart will be with you because, ultimately – whether you are demanding a fiscal pact or our own state – all your voices will be raised in the same direction: for more justice and more freedom for Catalonia.”

11 September marks the anniversary of the 1714 defeat of Catalan troops by Phillip V of Spain following a 14-month siege of Barcelona when 14,000 of the city’s defenders were slaughtered and the defeat marked the beginning of a centralised Spanish state and the suppression of Catalan identity.

Catalans will gather today at Fossar de les Moreres where the troops of 1714 are buried. More than a thousand coaches and a number of trains have been chartered to ferry supporters into the city from across Catalonia.

In Ireland, Catalans and Irish supporters will hold a demonstration in solidarity outside the GPO on Dublin’s O'Connell Street Dublin at 6pm.

President Mas is a member of the ‘moderate’ Convergence and Union (CiU) electoral alliance which supports increased autonomy for the region but not independence. The rising support for secession seems to have caught the party by surprise. Mas had not planned to attend the rally but has now  announced that he will be there “in a personal capacity”.

The recent surge in pro-independence activity is being led by the new civic movement, Catalan National Assembly, and parties with seats in the Parliament of Catalonia including Republican Left of Catalonia (ERC) and Catalan Solidarity for Independence (SI).

Last year, an unofficial referendum on independence for the region saw more than 90% of those who voted favouring to break from Spain (campaign spokesperson and Member of Parliament Alfred Bosch was a keynote speaker at last weekend’s Sinn Féin Summer School). Recent opinion polls show support for independence running at 51%.