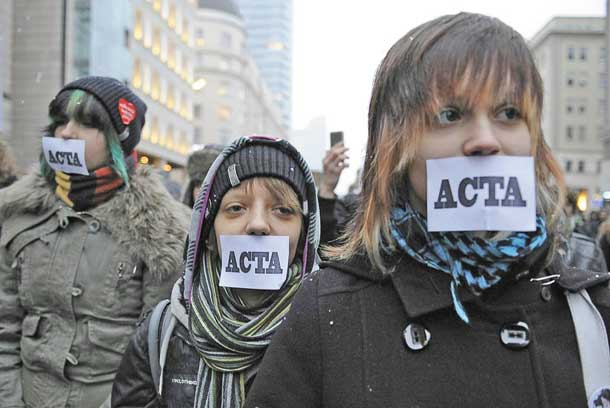 GUE/NGL MEPs in the European Parliament accept the fight against counterfeiting is necessary but say the Anti-Counterfeiting Trade Agreement (ACTA) “is being used here to extend the domination of rich countries and corporations over trademarks, patents and copyright using specific criminal laws”.

The MEPs believe that ACTA would undermine development policies, threatening farmers’ and indigenous peoples’ access to both traditional and improved seeds; undermine access to essential medicines in developing countries and elsewhere; and undermine liberties and contribute to stronger censorship by obliging Internet Service Providers (ISPs) to exert control over social media content.

GUE/NGL MEPs and other progressive voices say ACTA is not necessary because adequate rules already exist to combat counterfeiting and could be simply improved and updated.

Despite widespread popular opposition to ACTA, the European Commission and 22 EU countries signed the agreement in Tokyo on 26 January 2012. The agreement was negotiated in great secrecy and only because some people inside the talks leaked the negotiating document was some limited transparency on ACTA made possible.

MEPs will have their say on the file when it is presented to the European Parliament under the consent procedure in summer 2012.