WILL THE IRISH GOVERNMENT DO ANYTHING ABOUT BRITAIN’S NUCLEAR BUILD-UP ON OUR DOORSTEP? 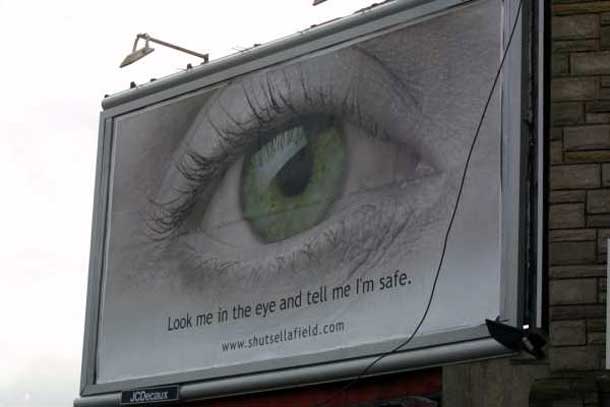 Sellafield is the world’s largest storage site for nuclear waste

2012 should have been the year to sound the death knell of nuclear power in Europe. In the aftermath of the 2011 Fukushima nuclear plant meltdown in Japan, decades of cost over-runs, accidents, leaks, still rising multi-billion euro reactor decommissioning costs, electricity surcharges for customers to subsidise nuclear power, they all signalled the end.

A decision by the German Government to abandon its nuclear power programme last year and the emergence of new technologies in renewable energy offered a positive epilogue in what looked like nuclear power’s last chapter.

Well, no. Nuclear power is coming back. The industry has powerful friends in the British Conservative Party, who have introduced the 2012 Energy Bill filled with nuclear-friendly subsidies. The new Bill is just one aspect of a litany of leg-ups and hand-outs on offer for the European energy industry to build new nuclear reactors in Britain.

The British Government has earmarked eight sites for new nuclear reactors. The last reactor to come online was during the 1980s and many others in Britain are coming to the end of their planned operation life.

At the centre of the Energy Bill is a proposal on what the Department of Energy and Climate Change terms ‘Contracts for Difference’. The aim of these contracts is to guarantee an electricity price for low-carbon energy generators. You might think that this includes renewable energies — it does, but it also covers nuclear power.

In Britain, now EDF has been joined by other international energy companies, including EON and RWE in bringing forward proposals to build new nuclear power plants. They have been actively lobbying the British Government to make the Contracts for Difference more attractive to nuclear generators.

Fiona Hall, leader of the Liberal Democrats group in the European Parliament, has described the contracts as “a hidden subsidy”. The Liberals had campaigned in the 2010 Westminster elections on an anti-nuclear platform.

Despite that, the Conservative/Liberal coalition has forged ahead on developing an energy policy that increasingly favours new nuclear reactors. For example, in the aftermath of the 2011 tsunami in Japan and the meltdown at the Fukushima power plant, officials from the British Government approached nuclear power companies to draw up a joint public relations strategy aimed at minimising anti-nuclear sentiment in the media.

Emails from one official in the Department of Business, Innovation and Skills show the extent of the British Government’s support for the nuclear industry. He wrote:

“We need to ensure that the anti-nuclear chaps and chapesses do not gain ground on this . . . We really need to show the safety of nuclear . . . We need to quash any stories trying to compare this to Chernobyl.”

In 2012, the NDA will spend over £3billion, £2.3billion coming straight from the British and Six-County taxpayer. The spending on the nuclear industry does not end there. In early June, the closure of the failed Thorp plant at Sellafield was announced. Thorp was supposed to reprocess spent nuclear fuel but has never managed to do so properly. A leak in 2005 led to the plant’s closure, with some media reports estimating the losses to be running at £1million a day since the shutdown.

The Sellafield site had also been host to another failed fuel reprocessing plant called MOX, which is now also shutdown, leaving Sellafield as the world’s largest storage site for nuclear waste. Faced with such failures, the NDA (which now runs the Sellafield site) has chosen to start another reprocessing venture, originally estimated to cost £90million, now running at £400million and at least four years late.

Sinn Féin MLA Chris Hazzard has said the British Government must close Sellafield permanently rather than the proposed closure of part of the plant by 2018.

And the British Defence Secretary has just confirmed a £1billion contract to refurbish the Rolls-Royce plant in Derby to build reactors for the next generation of nuclear submarines, including Trident.

The silent partner in all of this is the Irish Government.

The Scottish National Party government has blasted the £1billion Trident investment, rejecting the presence of “weapons of mass destruction in our waters”. The Fine Gael/Labour government, however, hasn’t complained or taken the British to task over the proposal to build another reprocessing plant at Sellafield or its ambitious plans for another generation of nuclear reactors. So here again it is the same old story on nuclear power.